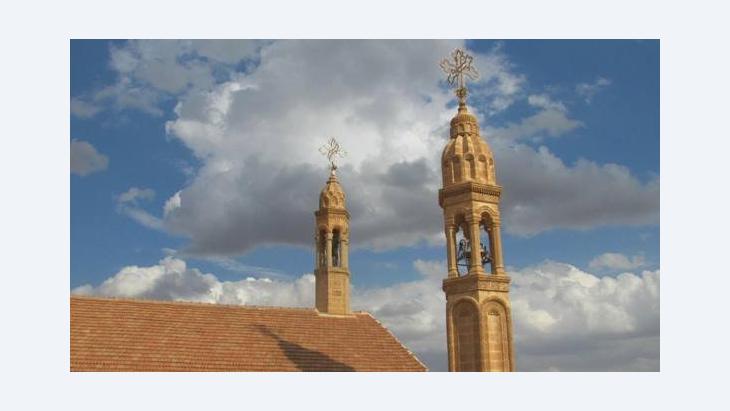 ﻿In recent years, around 60-100 Syriac Orthodox families have returned from central Europe to Turkey. Encouraged by changes in the political atmosphere, the minority nonetheless faces a host of problems, from the expropriation of land belonging to a monastery, to a ban on special schools and kindergartens, and also a lack of places of worship in Istanbul. By Ekrem Eddy Güzeldere

﻿A sign in Aramaic at the side of the road defiantly bids visitors "Welcome to Kafro" next to the official Turkish sign on which the village is called "Elbeğendi". Here, some 15 kilometres south of Midyat, live 17 Syriac Orthodox families. There are no shops in the village, but there is a café that allegedly serves the only decent pizza in the area.

"German is the lingua franca amongst the children in the village," says the pizza maker in flawless German, which he learned while living close to Stuttgart. All of the families here have returned to Kafro after living in Germany and Switzerland, some of them for decades.

Among them is also the muhtar, the elected village chief, Aziz Demir, who lived with his family in Zurich and near St. Gallen. "Even if our lives there as Christians were very pleasant, something was still missing," he says on the terrace of his house, where he lives with his wife, from a neighbouring village, and their youngest son, Josef, who attends secondary school in Midyat. With a sweeping gesture beyond the newly landscaped garden out onto the plain, he says "This is simply our home."

The Demirs and the other 16 families all live in new houses, because the buildings of the old village, within site of the new developments, were for the most part destroyed in the clashes between the army and the PKK. As was the old church, which is in urgent need of restoration but still awaits the necessary permits. 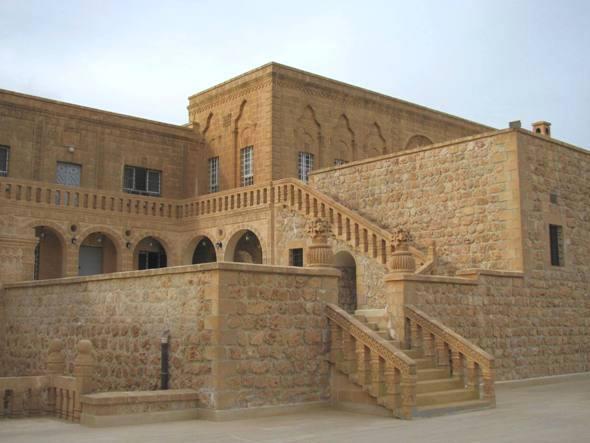 Land dispute with the Turkish government and Kurdish village leaders: The Mor Gabrial is the oldest surviving Christian monastery in the world. There have been claims that the monastery was built on the grounds of a previous mosque - regardless of the fact that the monastery was founded over 170 tears prior to the birth of Mohammed

​​The inhabitants of Kafro have therefore erected a small chapel with the help of the "Evangelical-Lutheran Church in Württemberg", as the sign next to the entrance indicates. Services only take place here once in a month, however, as the village does not have its own priest. From the roof of the old church, Demir points out the surrounding villages from east to west: "One is Christian, one Arabic, one Kurdish, one Yazidi and then another one Christian: Enhil (in Turkish Yemişli), where Tuma Çelik comes from."

Çelik already moved with his family to Istanbul as a ten-year old, in 1974, and then emigrated to Switzerland in 1985. There, he became an activist fighting for the interests of the Syriac Orthodox church. He wrote for Aramaic magazines and was one of the founders of "Suroyo TV", which broadcasts in Aramaic from Sweden. He has been living again mostly in Tur Abdin since 2010.

Last summer, he founded the first Turkish-Aramaic monthly magazine, Sabro (Hope), which is published by volunteers in Midyat. Also last summer, he launched a website called "We have grown up in this world together", devoted primarily to the legal proceedings against the region's oldest monastery, Mor Gabriel. 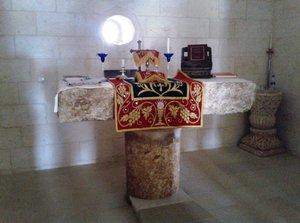 The Syriac Orthodox Church claims to derive its origin from one of the first Christian communities. It uses Syriac, a dialect of Aramaic spoken by Jesus Christ and his Apostles, as its official and liturgical language. Pictured: Altar in the Curch of Kafro

​​Mor Gabriel was founded in 397. 1,611 years later, a complaint was filed by the surrounding villages alleging that the monastery was illegally occupying land, some of it even located inside the monastery walls and for which the monastery has paid property taxes regularly since 1937. Nevertheless, the courts have been handing down decisions against the monastery since 2008 and have granted around 28 hectares of its land to the Turkish forest ministry; the last judgement was passed in July 2012.

Now the only hope is to take the case before the European Court of Human Rights. Erol Dora, the first Syriac Orthodox member of the Turkish parliament, who was elected for the Kurdish Peace and Democracy Party (BDP) in Mardin in 2011 and previously worked as a lawyer for minority foundations, commented: "We as the BDP and as the Assyrian people will do all we can to support the monastery at the international level, because we believe that in this trial we have justice on our side."

﻿Just one of many problems

For Çelik, however, Mor Gabriel is but one problem among many: "This is just a small drop in the ocean. Assyrians lived mainly in rural areas, where the land registry system was the least active. That's why so many churches, monasteries and community buildings are not even registered." 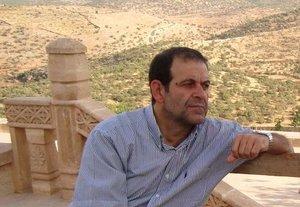 In Switzerland, he became an activist fighting for the interests of the Syriac Orthodox church: Tuma Çelik

​​Today, the great majority of the Syriac Orthodox faithful lives in Istanbul. Sait Susin, chairman of the Syriac Orthodox Foundation in Istanbul, estimates that about 17,000 of the approximately 20,000 members live in Istanbul. Currently, there is only a single Syriac Orthodox church there, in the trendy district of Beyoglu, which was built in 1844 for the around 40-50 families living in the city at that time. The community, most of whose members now live in Bakirköy, close to Atatürk Airport, therefore also uses Catholic churches for services.

In addition, the foundation has been submitting applications for years to build a new church, for which it needs land to be assigned to it by the municipal administration. Last year, the city made two "immoral offers" of land confiscated from Catholic and Greek Orthodox communities. The Syriac Orthodox leaders therefore rejected the offers for the time being. Should the plot in question be returned to the Catholic Church, however, they would be prepared to try to reach an agreement with the Catholic priests to erect a new church next to the Catholic cemetery.

﻿"You are not a minority"

But that is not the only problem confronting the Istanbul community. Outside of Tur Abdin, only a minority of its members are fluent in Aramaic. Çelik estimates that "around 3,000 people in Istanbul speak the language, but only about 200 can also read and write it." The foundation had therefore submitted a request to open a kindergarten with instruction in Aramaic. The response of the ministry of education was: "You are not a minority; therefore you cannot teach your children a foreign language."

Although Syriac Orthodox Christians are clearly not Muslims and thus should be able to benefit from the minority rights stipulated in the Lausanne Treaty of 1923, the Turkish State has granted these rights thus far only to Greeks, Armenians and Jews, with numerous infringements.

An adjustment of Turkish laws to European minority rights standards, long overdue, would not only solve the problem of the kindergarten, but would also create a modern frame of reference for all the other issues. Nothing revolutionary, just equal rights for all.

Since 2015 there has been a surge of interest in Syrian writing in German translation. In this series of interviews, writers, poets, publishers, and artists in Berlin talk about ... END_OF_DOCUMENT_TOKEN_TO_BE_REPLACED

Tents, mud and cold: refugees contend with miserable conditions in Bosnia & Herzegovina. With the European Union demanding that Bosnia accommodate the asylum-seekers, its ... END_OF_DOCUMENT_TOKEN_TO_BE_REPLACED

Last year was one of a kind. 2020 saw the rapid spread of the coronavirus pandemic, putting a stop to the hajj. Though peace in the Middle East remains a pipedream, there was ... END_OF_DOCUMENT_TOKEN_TO_BE_REPLACED

When news broke that a vaccine against COVID-19 developed by a Turkish-born couple in Germany had promising results, many media reports placed the ethnic background of these ... END_OF_DOCUMENT_TOKEN_TO_BE_REPLACED

A German IT company has started an academy to train Palestinians in software development. Despite the pandemic's challenges, it has managed to run its first boot camp in Ramallah ... END_OF_DOCUMENT_TOKEN_TO_BE_REPLACED

Shortly after the expression was coined and found its way into German discourse, the concept of a "welcoming culture" was already being targeted by Islamophobic circles – and was ... END_OF_DOCUMENT_TOKEN_TO_BE_REPLACED

Comments for this article: ''This Is Simply Our Home''

the monastery was founded over 170 == years? tears == prior to the birth of Mohammed

END_OF_DOCUMENT_TOKEN_TO_BE_REPLACED
Social media
and networks
Subscribe to our
newsletter