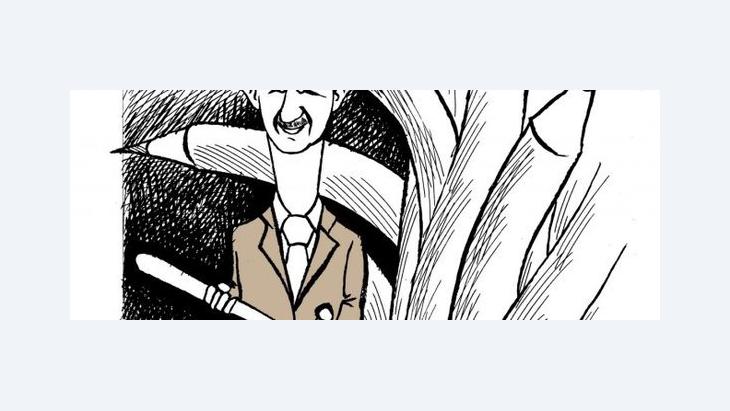 Syrian Artists Caught between Censorship and Criticism
The Art of Ambiguity

Despite the country's dictatorship, Syria has had a long tradition of artistic criticism of the regime – often couched in the indirect language of metaphor. Yet, since the advent of the protests in Syria, the nature of criticism has changed. Charlotte Bank reports

On Thursday, August 25th, the Syrian caricaturist Ali Farzat was kidnapped, severely beaten, his drawing portfolio stolen, and he was left injured on the side of the highway to the airport. The symbolism of his injuries highlights the total perversity of the thugs in service of the regime – Farzat's fingers were broken, robbing him (for the time being) of his weapon. 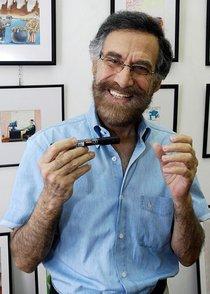 On August 25, 2011, cartoonist Ali Farzat was reportedly badly beaten and dumped on the side of the airport road where passersby found him and took him to a hospital. The incident provoked an outpouring of solidarity by cartoonists in the Arab world

​​Ali Farzat is one of the best-known caricaturist in the Arab world. He has never been one to shy away from criticizing despotism, corruption, and the brutality of those in power. Since the start of the protests in Syria, his denunciations of the regime's brutality towards demonstrators have become increasing caustic. He has turned to clearly portraying the face of Bashar Al-Assad in his caricatures, something he previously avoided by depicting those in power as unrecognizable. He thereby broke one of the most important taboos in an artist's dealings with the all-pervasive censorship in Syria.

Any direct criticism of the president, the country's various ethnic groups, or religion have been particularly taboo in Syria so far. Of course, there are no fixed rules, so all those engaged in cultural activities in Syria, whether writers, critical journalists, artists, or those working in theatre or film, have been forced to navigate within the boundaries of these taboos in order to nevertheless produce their critical work.

That this was actually possible was always considered a great paradox by foreign observers. Despite pervasive censorship and control, Syria has enjoyed a long tradition of subtle artistic and intellectual criticism of the regime. It has been a critical tradition whose protagonists often had to perform a difficult balancing act in order not to endanger themselves. And foreign commentators have noted repeatedly that certain artists have succeeded in creating unforgettable masterpieces despite all the restrictions.

An excellent example of this is Oussama Mohammad's film "Nujum An-Nahar" (Stars in Broad Daylight) from 1988. It tells the tale of a family in rural Syria that is tyrannized by its quick-tempered and corrupt eldest son. He meddles in the lives of his siblings with an iron hand, alternately displaying benevolence or brutality, but always with the same degree of unpredictability.

Here, the extended family serves as a metaphor for the Syrian state. The family is ruled by an unscrupulous power monger, who enjoys presenting himself as extremely generous, yet, in the process makes the whole family unhappy. The symbolism is clear and this was underscored even more by the physical similarity of the protagonist to the then President Hafiz Al-Assad. 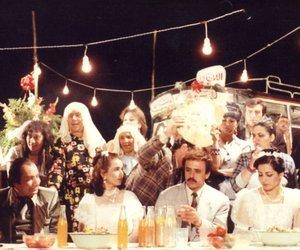 The family as a metaphor for the Syrian state: The more or less indirect criticism of Oussama Mohammad's "Stars in Broad Daylight" did not escape the eyes of the censors – the film was never shown at a cinema in Syria, despite the fact that it was awarded with numerous prizes abroad

​​None of this escaped the eyes of the censors. Oussama Mohammad was allowed to complete his film, but it was never shown at a cinema in Syria, despite the fact that it was awarded with numerous prizes abroad. The film remains forbidden in Syria to this day. The filmmaker had to wait until 2002 until he was given permission to shoot his second film, "Sacrifices". Oussama Mohammad is still waiting for permission to begin a new project.

A long popular strategy of the regime in Syria to control critical filmmakers was to allow the production of controversial films only to have them locked up in the archive after completion and only occasionally sending them abroad to be screened in prestigious festivals. Many artists have also had to struggle with other measures, such as the permission to travel, have an exhibition, or to publish first being refused, then granted, and finally revoked.

Subject to hot and cold showers by the system

Ali Farzat experienced the arbitrariness of the regime as well. In early 2001, during the "Damascus Spring", he founded the satirical magazine "Al-Domari", the first independent publication since the Baath Party seized power in 1963. The magazine was greeted by the public with enthusiasm and was even sold out on the first day of it being printed. It became subject to increasing harassment by the censors and by 2003 was finally forced to shut down. Farzat described the situation so: "It was like being in a bath where the water runs cold for one minute and hot in the next."

Under such working conditions, it is no wonder that many artists have instead chosen life in exile. Such is the case of Omar Amiralay, probably the most famous Syrian filmmaker, who left his homeland in the 1980s after many of his films were forbidden to be shown in Syria. He has since fought against the authoritarian regime from his exile in France. 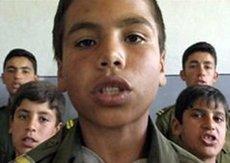 Effective criticism: Without commentary, Omar Amiralays's "A Flood in Baath Country" moves slowly from students to teachers to government officials, with everyone reciting exactly the same praise for the president and slogans glorifying the Baath party

​​Amiralay's films frequently dealt with the structures of the Syrian state, which he mercilessly exposed. Exile allowed him to employ a clearer language than that which would have been available to him in Syria. His film "Tufan fi-Balad al-Baath" (A Flood in Baath Country, 2003) is a bitter and sarcastic settling of accounts with the omnipresent Baath Party, a political force that has led the entire country into stagnation.

Amiralay died unexpectedly early this year from a heart attack, just a week after he published a joint manifesto with the regime critic Michel Kilo expressing solidarity with the protest movement in Tunisia and Egypt. At the time, calls for similar protests in Syria were left unheeded. Weeks past until people turned out into the streets in Syria in mid-March to fight for their rights.

At first, only the occasional report made its way from Syria into the international media. The regime in Damascus quickly made sure that no foreign journalists were allowed into the country, and those who were already there were unceremoniously expelled. As such, voices from within the country were rarely heard, not taking into account difficult to verify videos by activists on YouTube.

The quiet, encoded tones of criticism

In April, Syrian filmmakers published a call on the internet to their colleagues all over the world to condemn the brutality of the regime and support the Syrian people in their struggle for freedom and justice. There were the occasional responses by Syrian writers, but the reaction remained muted.

The voice of the Syrian intellectual opposition is practically unheard in the West – but that doesn't mean that it is non-existent. More often than not, this voice can be recognized in the quiet tones embedded in artistic metaphor and symbolism.

In times such as these, in which the country faces massive transformations, these voices from Syria are particularly valuable and deserve attention, even when at first glance they appear to be encoded. Artists who express themselves openly are exposed to very real danger. The case of Ali Farzat has demonstrated this fact only too clearly.

Translated from the German by Brian Cook

A lot is happening in Syria’s Sweida Governorate – foreign intervention there is unprecedented both in terms of scale and number of actors – yet Damascus remains the dominant ... END_OF_DOCUMENT_TOKEN_TO_BE_REPLACED

When she ascended the throne, millions of Muslims still lived under British rule. Later, Elizabeth II appealed for tolerance in a multi-religious society. She was the first ... END_OF_DOCUMENT_TOKEN_TO_BE_REPLACED

The documentary "The Other Side of the River" shows how women in the Kurdish regions of northern Syria fight for their rights under the most difficult conditions. By Aviva ... END_OF_DOCUMENT_TOKEN_TO_BE_REPLACED

Following months spent considering a military incursion into northern Syria, Turkey now appears to want talks with Syria to ensure security and the return of refugees. From ... END_OF_DOCUMENT_TOKEN_TO_BE_REPLACED

In this essay, renowned Lebanese journalist and writer Hazem Saghieh asks whether the Arab Levant, which stretches from Iraq in the east to Egypt in the west, will remain an ... END_OF_DOCUMENT_TOKEN_TO_BE_REPLACED
Author:
Charlotte Bank
Date:
Mail:
Send via mail

END_OF_DOCUMENT_TOKEN_TO_BE_REPLACED
Social media
and networks
Subscribe to our
newsletter