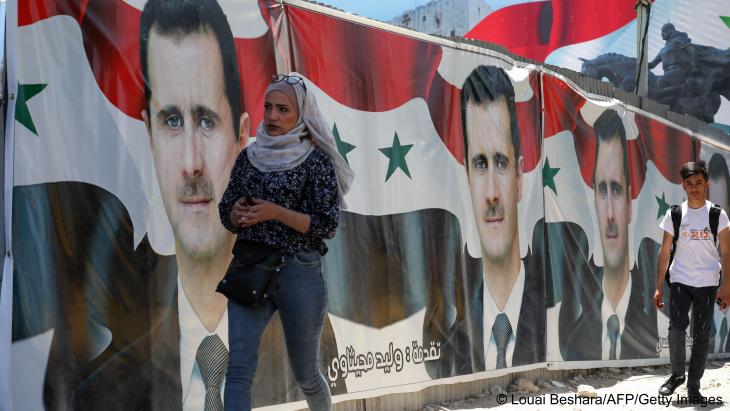 Recent efforts to rehabilitate Assad are setting a damaging precedent for accountability, just as the international community is expressing the need to hold Russia to account for similar human rights violations in Ukraine. By Burcu Ozcelik

All signs indicate that President Bashar al-Assad has survived Syria’s civil war. Rather than being held accountable for atrocities committed during the conflict, Assad and his sidekicks are still at the helm. To be sure, Syria remains isolated: its highly anticipated return to the Arab League was recently thwarted, and the country continues to be subject to a stringent American-led sanctions regime.

Yet, normalisation, while far from complete, is afoot. Assad has already achieved diplomatic re-engagement and a resumption of economic trade with some states. The United Arab Emirates and Bahrain have re-opened their embassies in Damascus, and all Arab states barring Qatar have either full relationships at the ambassadorial level or direct lines to the Syrian government. Moreover, Turkey recently signalled its willingness to engage in talks with the Assad regime.

For its part, the West – driven by war fatigue and a lack of practicable policy alternatives – appears resigned to the inevitability of the Assad government’s survival. These developments have vindicated the Syrian government’s policy of “riding out the storm” until regional states came to the conclusion that Damascus was here to stay. 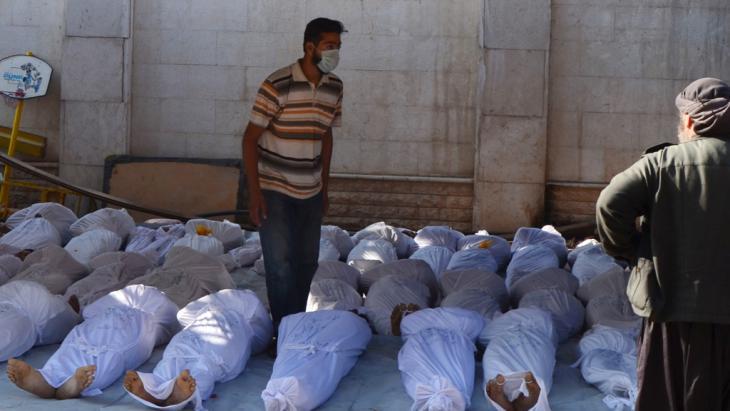 The way Assad is treated by the global community will influence the calculations of human-rights abusers everywhere: to this end, the plight of Syrians must not go unaddressed. Gridlock in the UN Security Council has meant many human rights defenders shifting their attention to prosecuting Syrian perpetrators in European courts under the principle of universal jurisdiction. Should even these piecemeal attempts at justice be abandoned, it will send a clear message that transgressive violations of international law are met with impunity

Let Assad off the hook and Putin will expect the same

Arguments in favour of normalisation claim it will foster stability inside Syria, moderate the country’s international behaviour and counter Iranian and Russian influence. Additionally, some have said that economic re-integration will mean fewer Syrian civilians suffer from the economic and humanitarian consequences of sanctions.

This debate has yet to be settled, but it is critical to remember that the greatest cost of normalisation is the damage done to the international community’s legitimacy as long as those responsible for gross human rights violations, the systematic use of chemical weapons against civilians, and the alleged torture of detainees are not held to account.

The way in which the war in Ukraine is resolved will have implications for the Middle East, yet the reverse is also true: developments in Syria will likely calibrate expectations for the possibility of justice in the case of Ukraine. International legal experts are calling for the Russian government to be held accountable for possible war crimes committed in Ukraine, with some advocating the establishment of a tribunal to prosecute the crime of aggression.

As these calls are considered, it is important that the plight of Syrians does not go unaddressed. Syrian activists have been making similar calls for nearly a decade now, yet gridlock in the Security Council has meant many human rights defenders have shifted their attention to the possibility of prosecuting Syrian perpetrators in European courts through the principle of universal jurisdiction. 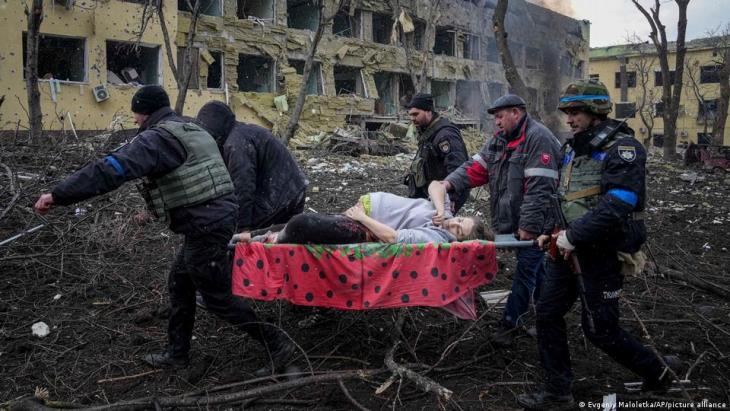 The greatest cost of normalisation is the damage done to the international community’s legitimacy: how the war in Ukraine is resolved will have implications for the Middle East, yet the reverse is also true: developments in Syria will likely calibrate expectations for the possibility of justice in the case of Ukraine. Moreover, if the push to punish Putin coincides with the rehabilitation of Assad, many in the Middle East will once again perceive a double standard in the application of international laws and norms

If the international community decides to abandon even these piecemeal attempts at justice, this will send a message that transgressive violations of international law will be met with impunity. Furthermore, as the push to punish Putin coincides with the rehabilitation of al-Assad, many in the Middle East will perceive a double standard in the application of international laws and norms.

Even in the absence of normalisation, post-conflict justice for Syrians is an uncertain prospect, given the current balance of power. However, haphazardly normalising al-Assad without pushing for accountability and justice mechanisms will only exacerbate worrying trend lines, such as the further consolidation of a pre-Arab Spring version of authoritarian stability.

Prioritising the narrow and ill-defined objective of stability at the expense of justice has been shown to deliver neither stability nor justice in other conflict-affected areas. Syria will likely not be an exception, and this case will undoubtedly influence the calculations of would-be abusers of human rights everywhere.

Burcu Ozcelik is a Research Fellow at the Henry Jackson Society and an affiliated lecturer at the University of Cambridge. She is the editor of The Politics of Race and Racialisation in the Middle East (Routledge, 2022).

The devaluation of the Egyptian pound combined with rising food prices is taking its toll on Egypt. More and more people are slipping into poverty. Karim El-Gawhary reports from ... END_OF_DOCUMENT_TOKEN_TO_BE_REPLACED

Since returning to power in Afghanistan, the Taliban have steadily eroded the rights and opportunities of women and girls, particularly their access to education. But Afghans are ... END_OF_DOCUMENT_TOKEN_TO_BE_REPLACED

The book "The Invention of the Maghreb: between Africa and the Middle East" prompts us to review basic terminology. This includes terms that we use almost every day as if they are ... END_OF_DOCUMENT_TOKEN_TO_BE_REPLACED

Tunisia has been going through a severe economic and political crisis in recent years. More than one in three young people there are unemployed. For many skilled, qualified and ... END_OF_DOCUMENT_TOKEN_TO_BE_REPLACED

At the end of every year, the team at Qantara.de gives you a run-down of the ten most-read articles on the site over the past 12 months. Here is a quick overview of the stories ... END_OF_DOCUMENT_TOKEN_TO_BE_REPLACED

The government in the Netherlands, one of the last European nations to abolish slavery, has made an historic apology. But some feel that there is still a long way to go. By Ella ... END_OF_DOCUMENT_TOKEN_TO_BE_REPLACED
Author:
Burcu Ozcelik
Date:
Mail:
Send via mail

END_OF_DOCUMENT_TOKEN_TO_BE_REPLACED
Social media
and networks
Subscribe to our
newsletter