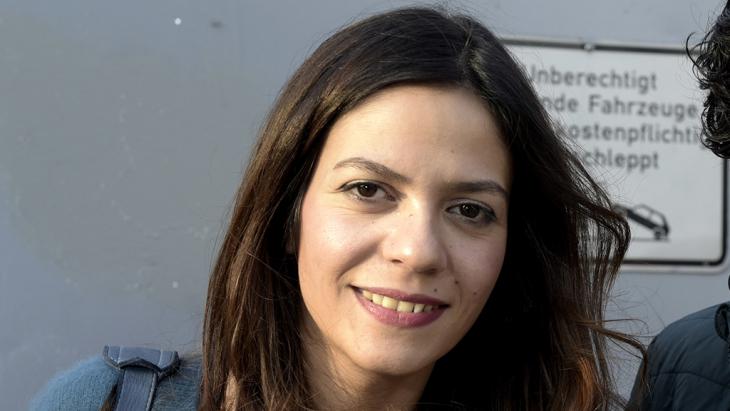 Syrian literature in times of turmoil
An author on standby

The Arab revolutions – and the Syrian revolution in particular – changed authors conception of themselves. For some, the change was so great that they find they can no longer write. This is the experience of Dima Wannous, one of Syria′s outstanding young authors

For me, writing means finding a space in which to live. Writing turns that space into the reality we desire, while reality itself becomes a fantasy or a nightmare from which we awake when we write. Writing is an escape. Creating characters enables us to live with them, because in life we meet people who deserve to be characters in novels.

In Syria writers never aimed at a broad readership, but rather at an elitist one. Writing tended merely to exist within the context of personal pleasure or of trying to survive in a place where human beings, let alone citizens, were not recognised. You were not protected, neither by any sense of belonging, nor of being. Writing reminded you that you existed, as an entity with your own ego. In this way, it helped create identity in a place where independent identities did not exist.

I never wrote for a particular readership. I didn′t write for friends or readers. Before the revolution I used to write for myself; I wrote so that, in that imaginative space, I could find an extension of my existence.

It may have been a private, egoistical act, but it was also an act of rebellion against the place, the times, my surroundings and the country that I was born in and that I had rarely left. Had I happened to imagine the people that I wrote for, they would only have been those associated with the Syrian regime or who worked in government institutions.

Infuriating in their servility, they were clones of each other, a generic type that had the same characteristics, behaved in the same way and had the same limited range of physical gestures. I imagined them reading what I and others were writing. I imagined them getting angry at what they read and I enjoyed the idea of making them angry and frustrating their false sense of confidence.

November 2022 sees the Arab world firmly in the spotlight with the COP27 in Egypt and the FIFA World Cup in Qatar. Public trust in MENA governments is weak, thanks to their ... END_OF_DOCUMENT_TOKEN_TO_BE_REPLACED

"You are not my guide... I am the compass. Iranian women have spoken, freed themselves, and unleashed a revolution despite smelling death. They have cut their braids in anger; ... END_OF_DOCUMENT_TOKEN_TO_BE_REPLACED

In “The Wrong End of the Telescope”, Rabih Alameddine draws us away from the headlines and into the personal story of one individual. Mina is complex, compelling and very real. By ... END_OF_DOCUMENT_TOKEN_TO_BE_REPLACED

How are comic book artists in the Arab world responding to the political situation in the region? Lena Bopp talks to illustrators Lina Ghaibeh and George Khoudry about young ... END_OF_DOCUMENT_TOKEN_TO_BE_REPLACED

The clashes in Baghdad between supporters of Muqtada al-Sadr and pro-Iranian militias show that an intra-Shia power struggle is in full swing. An analysis from Cairo by Karim El- ... END_OF_DOCUMENT_TOKEN_TO_BE_REPLACED
Author:
Dima Wannous
Date:
Mail:
Send via mail

END_OF_DOCUMENT_TOKEN_TO_BE_REPLACED
Social media
and networks
Subscribe to our
newsletter