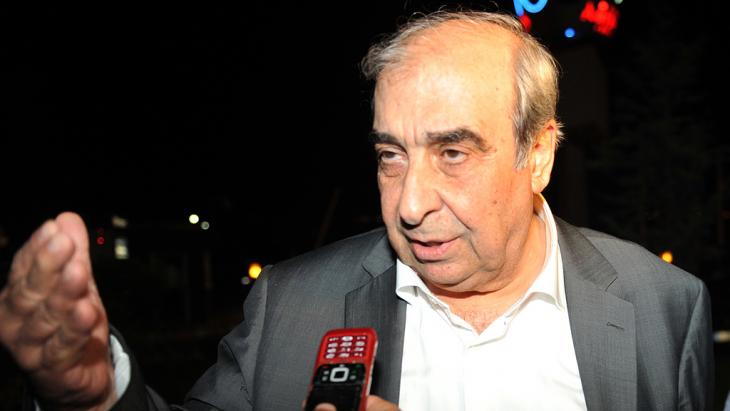 The events of the past three years have shown that none of the parties in the conflict is able to break the tyranny of the Assad regime on its own. Moreover, the current confrontation with the rebel group known as the Islamic State in Iraq and the Levant (ISIS) makes it clear that the terrorist threat posed by these extremists can likewise not be overcome by any single grouping or party – neither by democratic nor Islamist forces.

Only if these two camps come together to form a powerful political and military alliance could the Syrians liberate their country from the Assad regime. This would first require the elimination of the terrorist threat, because right from the start of its rule, the regime has deployed terrorists as a means of oppressing the people, a stratagem it is now exercising more consistently than ever. This is confirmed by numerous documents discovered by fighters in the Free Syrian Army in ISIS hideouts throughout the country.

Our struggle against ISIS will be neither short-lived nor easy, considering the extensive experience of the terrorist group, its organisational ramifications at international level and its infiltration of various areas of Syrian society.

ISIS has at its disposal sources of financing, safe havens and hideouts. It also has close ties with other organisations that seem harmless and neutral on the outside. Last but not least, the organisation has managed at local level to systematically infiltrate various layers of Syrian society and to offer assistance to the distressed and despairing populace. ISIS is also now in possession of modern weapons technology, extensive ammunition and money that has been brought into the country by car. It is doing everything in its power to undermine the revolution, to seize control of it and to present its head to the regime on a silver platter. 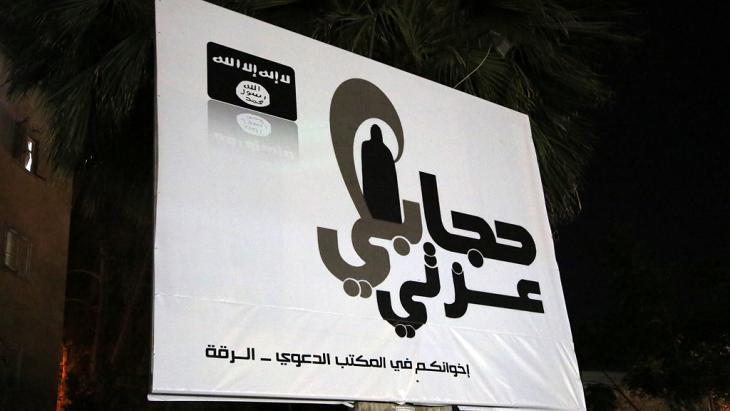 An advertisement for the rebel group Islamic State in Iraq and the Levant (ISIS) in the city of Ar-Raqqah, northern Syria. ISIS was formed in Iraq after US troops invaded the country and toppled Saddam Hussein in 2003. Under the leadership of Abu Omar al-Baghdadi, it was initially known as "al-Qaida in Iraq" and later as the "Islamic State in Iraq". It has since extended its sphere of influence to the Levant (al-Sham) where it is attracting jihadists from all over the world

At the same time, however, ISIS is also trying to create the impression that it is defending the revolution and steering it along the right (i.e. Islamic) path. In this guise, the ISIS is portraying itself as a revolutionary force that has the right to destroy other forces, while in reality it is nothing more than a party fighting on the side of the regime and stabbing the revolution in the back.

Trapped in the cave of terror

It cannot be denied that this could be a protracted battle. Just one look at Iraq, where ISIS has joined forces with other parties, reveals the considerable difficulties the government there is facing in trying to cope with these groupings. No wonder the Americans opted to run away from the convoluted cave of terrorism that Iraq has become before they got entangled in it and suffered the same fate as the Russians in Afghanistan: a drain on their powers and the haemorrhaging of their young people.

The followers of ISIS see themselves as invincible. Their rapid – indeed tumultuous – advance into a Syria already teeming with armed rebels and militaristic political groups probably only strengthens their belief in their uniqueness – and their confidence that every battle into which they plunge headlong has already long been decided in their favour.

How is it otherwise possible to comprehend why ISIS is now fighting against not only every jihadist Islamic organisation but also the brigades of the Free Syrian Army, ignoring in the process the fundamental principle whereby you must never try to do battle with all your enemies at the same time, especially if you are inferior to them in terms of numbers and weapons?

ISIS is currently waging an "all or nothing" war: it is about total victory or total destruction. It is fighting with all means, particularly those that have been rejected by others because they harm innocent people. The organisation firmly adheres to the belief that it must do battle with all and sundry, typical for a grouping whose members act like robots without reason or will, sacrificing themselves in suicide attacks in the hope of bringing their organisation victory, even at the price of their own lives. 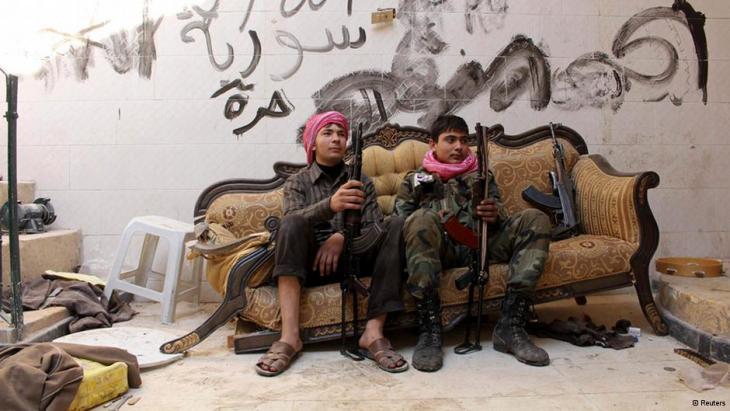 Weakened rebels: the Free Syrian Army (FSA) has not been able to bring together all resistance groups opposed to the Assad regime and has lost ground in recent months. Pictured here: young rebels from the FSA in Homs

Our struggle against fundamentalist terrorism will not be easy, nor will it get quick results. It will probably take the form of a debilitating military and political battle involving various armed groups inside and outside the Free Syrian Army.

This is why it is high time to put aside the differences between these groups, the Free Syrian Army and the democratic opposition. The only option is to unite all forces – whether Islamically aligned or not – into a broad-based and robust alliance. Otherwise, we risk certain defeat at the hands of our allied enemies. We will otherwise end up gambling away any prospect of a victory, veritably placing in the hands of the regime and the ISIS the weapons and ammunition they need to destroy us.

The time is ripe for the establishment of a national alliance that includes the Islamists, one that confronts the progressive attrition and infiltration of society and prevents ISIS from militarily and politically liquidating isolated groups (as has happened with the Ahfad al-Rasul and Asifat al-Shamal brigades).

Such an alliance would bond Syrian civilians together and allow them to ignore the siren call of the terrorists and their poisoned funds. Remaining true to the revolution, this alliance would stamp out every societal hotbed where ISIS or other terrorist organisations that are infiltrating our country find fertile ground for their national or local activities.

There is no alternative to the establishment of such a front; only in this way can we truly strengthen our position. The first concrete steps toward this goal must be taken as soon as possible, based on the important successes that have already been notched up by resistance groups against ISIS and the Assad regime that backs it. We must build on these successes without delay.

The Syrian dissident and journalist Michel Kilo is one of the initiators of the 2005 "Damascus Declaration", which demanded that Syria open itself up to democracy. A year later, he was arrested by the Assad regime; in May 2007, he was sentenced to three years in prison for "weakening national sentiment". Michel Kilo now lives in Beirut and writes regularly for the Lebanese newspaper "An-Nahar".

Liberal Islam: everything revolves around the Koran. In the search for a liberal interpretation, peculiar constructs occasionally emerge. By Alexander Flores END_OF_DOCUMENT_TOKEN_TO_BE_REPLACED

Mass protests began in Egypt on 25 January 2011. They triggered the overthrow of long-time ruler Mubarak. Ten years later, many human rights activists and journalists are in ... END_OF_DOCUMENT_TOKEN_TO_BE_REPLACED

Mass protests began in Egypt on 25 January 2011. They triggered the overthrow of long-time ruler Mubarak. Ten years later, many human rights activists and journalists are in ... END_OF_DOCUMENT_TOKEN_TO_BE_REPLACED

As the photo of Fairouz talking to French President Emmanuel Macron spread around the world, many asked if Arabs today had any contemporary stars of Fairouz's standing. In this ... END_OF_DOCUMENT_TOKEN_TO_BE_REPLACED

When news broke that a vaccine against COVID-19 developed by a Turkish-born couple in Germany had promising results, many media reports placed the ethnic background of these ... END_OF_DOCUMENT_TOKEN_TO_BE_REPLACED

Ten years after the start of the Arabellion in North Africa and the Middle East, many view the movement as a failure. But rather than being over, it has now entered a more mature ... END_OF_DOCUMENT_TOKEN_TO_BE_REPLACED
Author:
Michel Kilo
Date:
Mail:
Send via mail

END_OF_DOCUMENT_TOKEN_TO_BE_REPLACED
Social media
and networks
Subscribe to our
newsletter