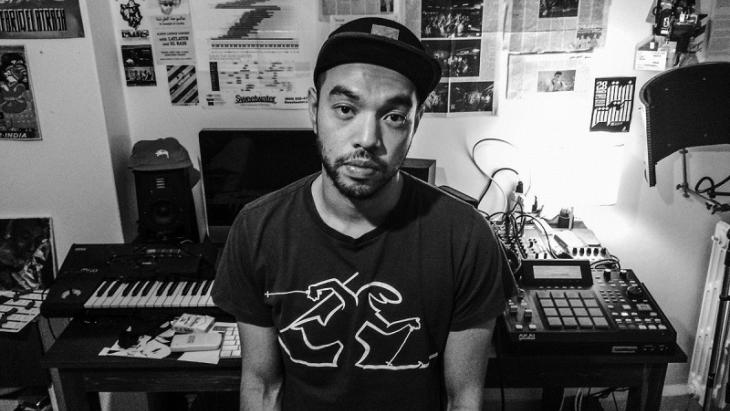 Nasser Shorbaji, aka Chyno, has been active on the Lebanese hip-hop scene for more than eight years now. His trademark sound is anti-war, against the dispossession and enforced exile of people in the region. It is a message that has influenced many younger generation musicians – a group he is particularly keen to encourage. Interview by Tugrul von Mende

Before you got involved in the hip-hop scene you were on a very different career path. What does your family think of your unconventional lifestyle?

Nasser Shorbaji: I was studying financial management. My family hoped it would lead on to me choosing some suitably respectable profession. My father and I don't talk much about what I do for a living; my mother and my cousins are pretty cool with it though. Maybe it's because my father's a businessman. He's not really very musical, although all of us love music. My uncle had a music shop in Damascus in the 1980s, where he sold all kinds of music, everything from Arab music to U.S. hip-hop, whatever happened to be in at the time.

I grew up partly in Damascus and would often help out in my uncle’s shop. My uncle was very fond of hip-hop and he used to give me lots of CDs. That was back in the days before the Internet and some types of music were very hard to get hold of. He owned records by Wu-Tang and people like that. It was the kind of music that interested me because it was outside the mainstream and it was the stuff that would influence me later on. 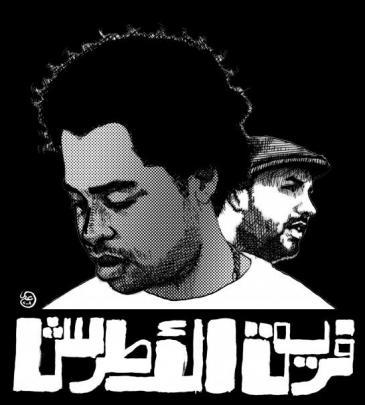 Shorbaji began his music career over ten years ago with the hip-hop group "Fareeq Al Atrash". Shorbajiʹs multicultural background is something that has fed into his work: his father comes from Syria, his mother from the Philippines. Although the family moved several times during his childhood, music retained a central importance to him

I lived in Saudi Arabia before we moved to Damascus. It was much harder there to get hold of such music. In some ways, I think I have a greater affinity with music than many of the younger people nowadays.

The reason is that we went about finding our music in a different way back then. It was more of a gradual discovery. Our experience of music and the way we related to it, was very different to that of many youngsters these days.

Before you started your solo career, you appeared with the Lebanese hip-hop band Fareeq El Atrash. How did the members of the band react to your debut album?

Shorbaji: By the time I released my first solo album in 2015 (Making Music to Feel At Home), I had already made a bit of a name for myself on two albums with Fareeq El Atrash.

I was not a solo artist at that time. Fareeq El Atrash was a Lebanese band and a lot of the stuff we were doing at the time was quite political.

When I went off in a completely different direction with "Making Music to Feel At Home", the others didn’t understand what I was doing. My style is darker now than it was during my time with Fareeq El Atrash.

Some of my friends found my official music video "O.P.P." very strange. It wasn’t what they'd expected from me and they didn’t know how to react when they saw it. But it was a game changer because it made it possible for me to go on tour. And when it comes to compliments, it doesn’t get much better than that.

"O.P.P." was very well received in many places, even if it maybe wasn’t always completely understood by everyone.

You are also a co-founder of the Al-Halba (The Arena) rap battle events, where young rappers can test their mettle in head to head confrontation. How much would you say has the hip-hop scene in Lebanon evolved and changed for the better over the past few years?

Shorbaji: All the things I am involved in have made me what I am today and have brought me respect in the community. Al-Halba is one example, but so is my latest project El Dahleen. We hip-hop musicians inspire each other; there is a lot of mutual creativity that keeps the scene vibrant.

There are many more artists on the road today and it is also much easier to share things with others. It is now possible, for instance, to produce music in a bedroom. I’ve talked about this with others such as Hani Al Sawah, aka Al Darwish. He is of the opinion that we were not as appreciated five years ago as we are today.

I'm 33 years old and there are rappers in the scene today ten years younger than I am. It is very important to pass on information and knowledge to the younger generation. We have to give these new artists our support and encouragement if they have some success, not turn our backs on them. When my generation was starting out we were not exactly overwhelmed by the support we got from the older generation artists. We want that to change. So it's our duty to pass on what we learn to the younger musicians.

Unlike many others in the scene, you mainly rap in English rather than Arabic. Why is that?

Shorbaji: I rap in both languages. Each needs a different method in rhyming and you need to find the right rhythms. My most recent music project, El Dahleen, was in Arabic, for instance, because the target audience was an Arab fan group and the web series based on it was also in Arabic. Of course I can also write in Arabic, but a different method is needed when you have to search for particular words and rhymes.

I think in English most of the time, but when I write in Arabic it’s as if the ideas flow from my memory. I feel more comfortable in English than in Arabic, that’s for sure. It’s natural for me because it is both the language I speak and the one I have chosen for myself. I would be better at freestyling in English than in Arabic. But, of course, when I rap, I can do it in both languages.

November 2022 sees the Arab world firmly in the spotlight with the COP27 in Egypt and the FIFA World Cup in Qatar. Public trust in MENA governments is weak, thanks to their ... END_OF_DOCUMENT_TOKEN_TO_BE_REPLACED

"You are not my guide... I am the compass. Iranian women have spoken, freed themselves, and unleashed a revolution despite smelling death. They have cut their braids in anger; ... END_OF_DOCUMENT_TOKEN_TO_BE_REPLACED

In “The Wrong End of the Telescope”, Rabih Alameddine draws us away from the headlines and into the personal story of one individual. Mina is complex, compelling and very real. By ... END_OF_DOCUMENT_TOKEN_TO_BE_REPLACED

How are comic book artists in the Arab world responding to the political situation in the region? Lena Bopp talks to illustrators Lina Ghaibeh and George Khoudry about young ... END_OF_DOCUMENT_TOKEN_TO_BE_REPLACED

The clashes in Baghdad between supporters of Muqtada al-Sadr and pro-Iranian militias show that an intra-Shia power struggle is in full swing. An analysis from Cairo by Karim El- ... END_OF_DOCUMENT_TOKEN_TO_BE_REPLACED
Author:
Tugrul Mende
Date:
Mail:
Send via mail

END_OF_DOCUMENT_TOKEN_TO_BE_REPLACED
Social media
and networks
Subscribe to our
newsletter