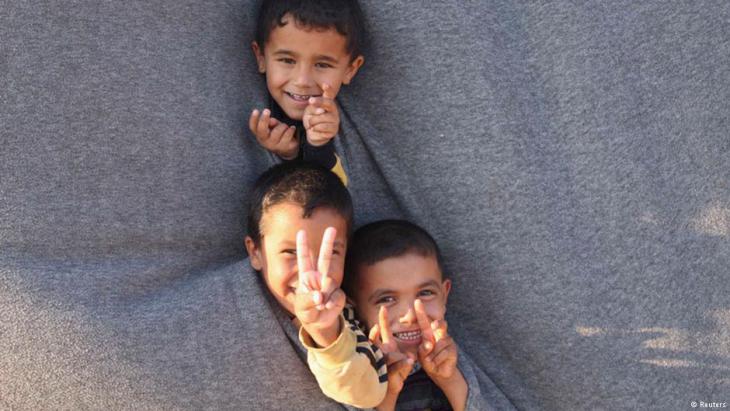 Eight years of war in Syria have meant eight years of children being permanently exposed to violence. Many of them have been forced to leave their homes and now live in southern Syria, Jordan or Lebanon – often in precarious conditions. By Dagmar Wolf

To date more than 5 million Syrians have fled their homeland, half of whom are children. According to UN figures, 6 million more have been internally displaced within Syria.

In February 2018, employees of international aid organisation World Vision interviewed over 1,200 Syrian refugee children – aged between 11 and 17 – in southern Syria, Lebanon and Jordan about their current situation. The result is documented in the recently published study "Beyond Survival".

The displaced children who live southern Syria are most afraid of war, the report states. However, the conflict has had a dramatic impact on the family circumstances and social environment of all those interviewed. Their situation is precarious; they live in poverty and miss family members and friends who were previously part of their lives. Their future is uncertain.

One major problem affecting the children are cramped living conditions. More than 70 % of children in southern Syria and Lebanon admitted to sharing the same room with at least three people; in Jordan the level was over 80 %. Lack of space often leads to domestic violence.

In both southern Syria and Lebanon, over 60 % of the children reported they were living in unsafe dwellings – meaning damaged buildings, with little or no access to water and electricity. According to the report, over half of the children had no access to healthcare. Every fifth refugee child in Lebanon and southern Syria does not have enough to eat.

Many of the children surveyed stated that they had to work in order to increase their family’s income. Three out of five children interviewed in Lebanon were not attending school at all. According to the report, the situation was somewhat better in southern Syria and Jordan, where 8% and 11 % respectively were receiving no education. 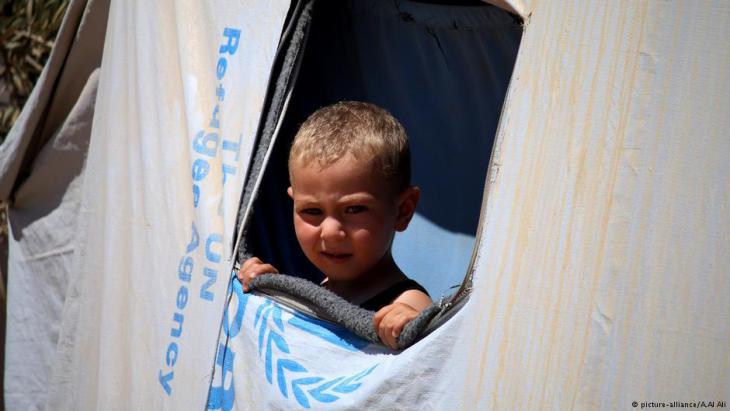 Subsistence living in cramped conditions: according to the World Vision survey, one of the main problems for refugee children is the lack of living space. More than 70 % of children in southern Syria and Lebanon admitted to sharing the same room with at least three people; in Jordan the level was over 80 %. Lack of space often leads to domestic violence

In southern Syria, 99 % were subject to educational stress factors – whether violence at school or problems with teaching materials. In Lebanon the respective share was 86 %, in Jordan 52 %. Many of the children said they could not focus on homework because of overcrowded living conditions. The children did not only complain about problems with the teaching materials.

In southern Syria in particular, there were many complaints about physical punishment and severe verbal abuse at school. World Vision pointed out that the teachers are under considerable pressure themselves, a factor that also affects the classroom situation.

The children’s stories presented in "Beyond Survival" describe their daily struggle with material and social stress factors. Such stress can lead to long-term mental problems such as post-traumatic stress disorder, depression and anxiety.

Failure to address these stress factors means the children are likely to face long-term health problems such as heart disease, strokes, reduced physical and mental stamina, not to mention violence and lifelong poverty.

According to Wynn Flaten, head of Syria Aid at World Vision, the goal is not to ensure the mere survival of girls and boys, but rather to protect their childhood as such, so that they can grow up to be physically and mentally healthy individuals.

World Vision appeals to everyone involved: the violence must end; the families must be supported and reunited. Psycho-social support programmes are urgently needed to enable children to develop the capacity for reconciliation and to build a better future for their country.

After a two-year hiatus, the Arab League re-convened at the beginning of November in Algiers against a backdrop of uncertainty and discord. By Pierre Boussel END_OF_DOCUMENT_TOKEN_TO_BE_REPLACED

In the run-up to the COP27 global climate summit, hosted by Egypt in November, it is worth noting that little rainfall, aggressive heatwaves and worsening drought make the Middle ... END_OF_DOCUMENT_TOKEN_TO_BE_REPLACED

In this essay, renowned Lebanese journalist and writer Hazem Saghieh asks whether the Arab Levant, which stretches from Iraq in the east to Egypt in the west, will remain an ... END_OF_DOCUMENT_TOKEN_TO_BE_REPLACED

With his fist bump greeting for a man he previously called a pariah, US President Biden has paved the way for Saudi Crown Prince Mohammed bin Salman's return to the international ... END_OF_DOCUMENT_TOKEN_TO_BE_REPLACED

The murder of a female student at Mansoura University in the Nile Delta has sparked a long overdue debate on femicide in Egypt. Karim El-Gawhary reports from Cairo END_OF_DOCUMENT_TOKEN_TO_BE_REPLACED

When times are tough, the exchange of ideas and perspectives becomes especially important. It takes dialogue. And at Deutsche Welle, we need distributors and cooperative partners ... END_OF_DOCUMENT_TOKEN_TO_BE_REPLACED
Author:
Dagmar Wolf
Date:
Mail:
Send via mail

END_OF_DOCUMENT_TOKEN_TO_BE_REPLACED
Social media
and networks
Subscribe to our
newsletter