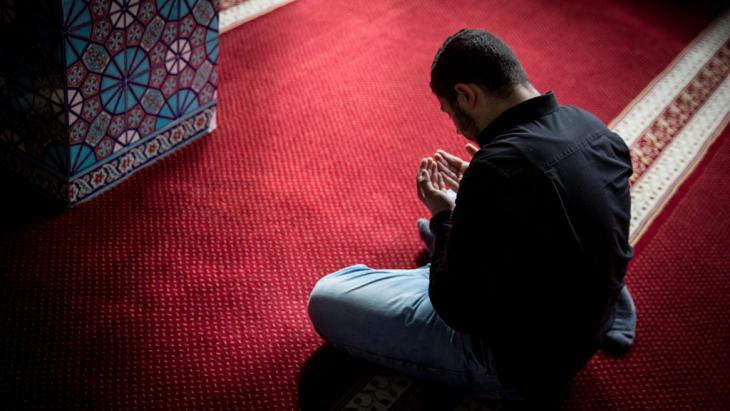 Syrian refugees in Germany are alarmed by Arab mosques, often supported by Saudi Arabia and the Gulf states, which preach ultra-conservative or highly literal interpretations of Islam, such as Wahhabism or Salafism. By Joseph Nasr

Hani S. escaped civil war in Syria and survived the journey from Egypt to Europe. But when he saw men with bushy long beards at a mosque near his current home in Cologne last November, he was worried.

The men's appearance reminded him of Jaish al-Islam, the Islamist rebels who took over his hometown near Damascus.

Over two months, a dozen Syrians in six places of worship in three cities told Reuters they were uncomfortable with very conservative messages in Arabic-speaking mosques. People have criticised the way the newcomers dress and practice their religion, they said. Some insisted the Koran be interpreted word-for-word.

In Germany, other different faiths are traditionally supported by the state. But most of the country's four million Muslims originally came from Turkey and attend Turkish-speaking mosques which are partly funded by Ankara. Many Syrian refugees, however, do not want to go to Turkish mosques because they do not understand the sermons. They prefer to worship where people speak Arabic.‎ Yet in these mosques, other problems arise. They are often short of funds, or else supported by Saudi Arabia and the Gulf states. Some back ultra-conservative or highly literal interpretations of Islam, such as Wahhabism or Salafism.

″Your Friday is gone!″

In a windowless ground floor room inside the Arabic mosque one Friday in August, some 200 men, including about two dozen with bushy beards and trimmed moustaches typical of ultra-Orthodox Muslims, crowded for prayers. Afterwards, a worshipper scolded three Lebanese men for saluting him when he entered the mosque. They had interrupted the sermon, which he said was forbidden. ″Your Friday is gone!″ he told them, lifting his hands toward his face and pressing his fingers together to emphasise that their actions had made their prayers void. 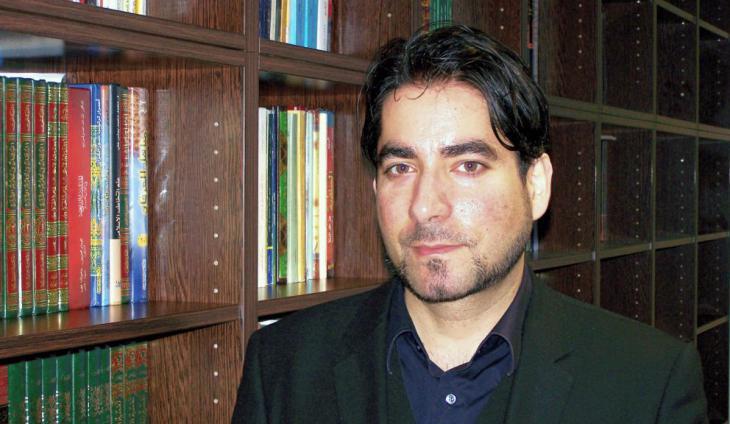 Professor Mouhannad Khorchide, who heads the Centre for Islamic Theology at Muenster University, acknowledges the problem: ″Unfortunately it is true that a large majority of Arabic-speaking mosques are more conservative than Turkish mosques.″ That poses problems for integrating those who are less conservative. ″When there is a shortage of offers the Salafists try to fill the gap,″ says Khorchide

The imam who led the prayers said the community is not political or violent. Asked about the Syrians who felt uncomfortable at mosques like his, he said: "It’s an honour to be called a Salafist. We are only interested in giving members of our community pure Islamic teachings."

"Unfortunately it is true that a large majority of Arabic-speaking mosques are more conservative than Turkish mosques," said Professor Mouhannad Khorchide, who heads the Centre for Islamic Theology at Muenster University. That poses problems for integrating those who are less conservative. "When there is a shortage of offers the Salafists try to fill the gap," said Khorchide.

The problem may be rooted in the schisms in Islam, but it is made worse by the structure of religious funding in Germany. Since the start of the 20th century Germany has had a system of collecting taxes for worship, which are then paid out to religious groups like Catholics, Protestants and Jews. Muslims cannot benefit from this, because the four main organisations that represent Muslims in Germany can’t agree to merge into one religious body, a requirement to receive taxes.

Five years ago, the government set up five Islamic theology centres to train imams and Islamic educators with a 20-million-euro grant from the Education Ministry. The strategy has been partly successful: Islamic studies are taught to Muslim pupils in many schools. But few of the more than 1,800 students who have graduated from the theology centres have gone on to serve as local imams.

In the case of many msoques, monitoring what type of Islam is being preached is difficult. Nonetheless, Khorchide and other Islam experts are hopeful that the influx of Muslim asylum-seekers with an open approach to religion is an opportunity to promote a more "moderate" Islam in the Arabic-speaking mosques. 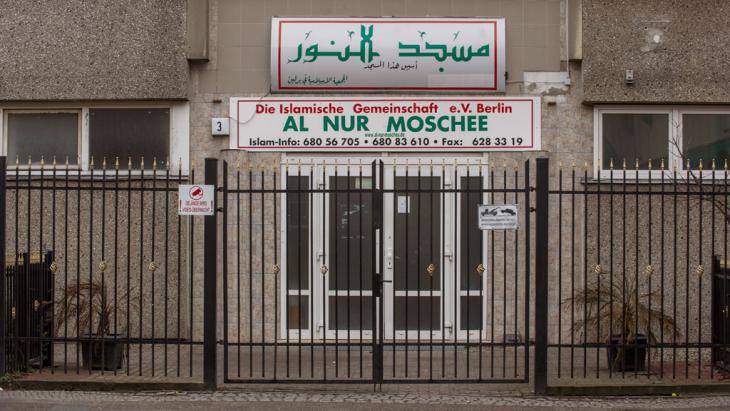 Dubious reputation: at the al-Nur mosque in Berlin, which is run by Wahhabis, Syrian Abed H. said he was alarmed by a strict interpretation of the Koran and Hadith, a collection of sayings of the prophet. According Germany′s domestic intelligence agency, the Al-Nur mosque is a hotbed of radical Salafist teaching

Earlier this month, a Syrian committed suicide in prison after he was arrested on suspicion of planning to bomb an airport. His brother and friends in Germany have said he was "brainwashed" by ultra-conservative imams in Berlin.

Salafists focusing their attention on refugees

Germany's domestic intelligence agency has recorded more than 320 attempts by Salafist Muslims to contact refugees last year, often by offering food, clothes, free copies of the Koran and help with German to asylum seekers living in shelters. The intelligence agency has advised local authorities against housing asylum-seekers near Salafist or Wahhabi mosques.

"We know of at least 90 Islamist mosques where activities aimed at refugees are taking place. These mosques are largely Arab-dominated and influenced by Salafism," said Hans-Georg Maassen, head of the agency.

At the al-Nur mosque in Berlin, which is run by Wahhabis, Syrian Abed H. said he was alarmed by a strict interpretation of the Koran and Hadith, a collection of sayings of the prophet. He recalled a sentence from Hadith that the preacher quoted on his first Friday: 'Every novelty (in religion) is innovation, and every innovation is misguidance, and every misguidance leads to hellfire.'

"I had never heard that sentence in Syria," said the 42-year-old father of three, who arrived in 2014. "The message is clear and is directed at us Muslims: 'Don't you dare interpret your religion. Take the Koran word for word.' It's a problem."

Even though officials accept that not all Salafists are violent, some Syrians worry that if they go to Arabic-speaking mosques, they may be seen as radicals. "I have a two-year visa and the last thing I want is trouble," says Syrian Kurd Abu Mohammad [name changed by the editorial team], who has avoided going to a mosque since he arrived in Germany.

Home
Print
Newsletter
More on this topic
Refugees in Germany: Mosques: a gateway to integrationPhoto essay: The mosques of BerlinThe rights of Muslims in Germany: Protected by the German constitution
Related Topics
Islam in Germany, Mosques in Germany, Muslim associations in Germany, Radicalisation, Refugees, Salafis | Salafism, Wahhabism
All Topics

The coronavirus pandemic has disrupted social and economic life across the globe. But in the Middle East, authorities have coupled religious edicts with public health advice to ... END_OF_DOCUMENT_TOKEN_TO_BE_REPLACED

Libyan political analyst Faraj Alasha argues that the Berlin conference on the Libyan war did nothing to change the fact that there is no political solution to end the war raging ... END_OF_DOCUMENT_TOKEN_TO_BE_REPLACED

As COVID-19 sweeps across the globe, it is forcing religions to adapt and take action to prevent infection. But experts warn against using the crisis to fuel conspiracy theories. ... END_OF_DOCUMENT_TOKEN_TO_BE_REPLACED

Germany continues to believe in the fiction that palm oil obtained from South East Asia to blend with diesel fuel is ecologically sound and climate-friendly. But that belief is ... END_OF_DOCUMENT_TOKEN_TO_BE_REPLACED

On their fourth CD "Irade" (willpower), Masaa has left its piano sound behind, yet continues with its new guitarist to pursue a path that bridges jazz improvisation and Arabic ... END_OF_DOCUMENT_TOKEN_TO_BE_REPLACED
Author:
Joseph Nasr
Date:
Mail:
Send via mail

END_OF_DOCUMENT_TOKEN_TO_BE_REPLACED
Social media
and networks
Subscribe to our
newsletter