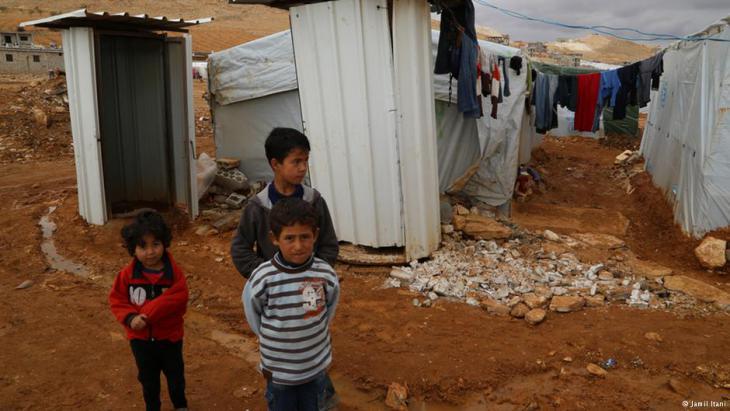 Syrian refugees in Lebanon
"We will perish here!"

Fearing a terrorist attack, the Lebanese army has hermetically sealed off the town of Arsal. More than 100,000 Syrian refugees have been trapped there for months. They fear for their own security and the impact of winter. Juliane Metzker reports from Arsal

The small Lebanese town of Arsal close to the Syrian border is a hive of activity. Swarms of Toyotas with tinted windows, large SUVs and rattling off-road motorcycles roar past. The vehicles cram themselves into the labyrinth of narrow alleyways and continue their journeys along rough gravel tracks.

Some of the vehicles have Lebanese number plates, but most of them are Syrian. This is because since the outbreak of the Syrian conflict, more than 100,000 Syrian refugees have fled to Arsal – and that number is increasing by the day. Only half as many Lebanese live here, their houses like islands in a sea of newly-erected tent camps.

Mostafa lives in one of these refugee camps. He fled to Lebanon from the city of Homs, which has been devastated by the war. When the 27-year-old reached Arsal, he thought he had survived the worst. He found a tent for his family of five and secured support from the UN Refugee Agency (UNHCR). It wasn't much; just enough to get by. Today, one year after his arrival, he has lost everything. Early last year, there were increasingly frequent reports that Islamist groups such as the Syrian Nusra Front and "Islamic State" were advancing on the mountains around Arsal from Syria. By August, the town was the scene of heavy fighting between the Islamists and the Lebanese army. 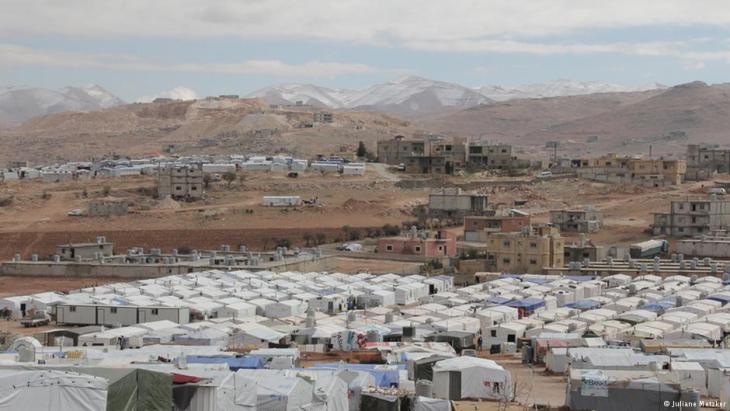 Over 100,000 Syrians have fled to the small Lebanese town of Arsal over the past three years. Syrians now outnumber Lebanese two-to-one. This and the fact that the Syrian Nusra Front and "Islamic State" advanced on the mountains around the town, leading to clashes with the Lebanese army, has heightened tensions in the area

The Syrian refugees found themselves caught between the frontlines. "The soldiers shelled the camp, and we had to run for our lives. From a distance, we saw our tents suddenly ablaze," says Mostafa, who still can't get the images out of his head. All his belongings went up in flames during the clashes, which went on for five days. Five days during which he and his family held out in an abandoned building without food or water. "The children cried every day because they were hungry and thirsty. They asked me to fetch them something to eat, and I replied that if I went out, I would be killed by snipers," says Mostafa.

The battles heightened tensions between Lebanese and refugees in the town. The situation was exacerbated by the fact that the Syrian Islamists had abducted a few dozen members of the Lebanese security forces. "The army held us Syrians responsible for everything. They accused us of being in league with the jihadists," says Mostafa. He opens his arms in a gesture of helplessness. "Many of us were arrested and interrogated. Why? What did we do, apart from run for our lives?" he asks.

After the clashes, Mostafa's family was homeless, as they could not afford a tent for around €120. Eventually, he secured some assistance from the URDA (Union of Relief and Development Associations), a Lebanese NGO. It covered the cost of accommodation just down from their old camp, which is still just scorched earth to this day.

The refugees are waiting in vain for help from the UNHCR and other international aid agencies. This is the priority issue in the tent occupied by Samar, sitting together with her mother-in-law's sister, Sharihan, and her friend Iman. "How are we supposed to survive the winter? We don't have any fuel for the heaters. There isn't enough food, blankets, carpets and shoes for the children," Samar complains, pointing to her three-year-old son's sandals, which are full of holes.

Samar's husband has been paralysed since suffering a stroke last year, and cannot provide for the family. When supplies began to dwindle following the violence, she set out alone for the provincial capital Zahle, where the UNHCR has an office. But she didn't get very far. Lebanese soldiers stopped her at a checkpoint just outside Arsal. "They asked me to produce documents that I'd never heard of and that I didn't have. Then they sent me back," says Samar. 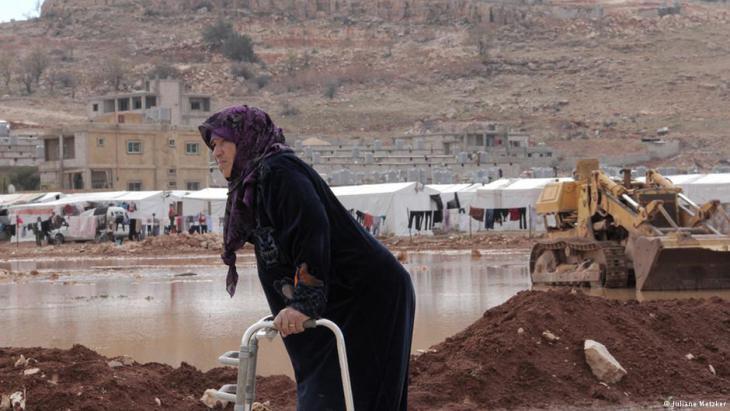 Samar (pictured here) is a Syrian refugee in Arsal. Since her husband's paralysis in 2014, she has had to provide for the family, a massive challenge in a town that has been sealed off from the rest of Lebanon for several months now

"Arsal is like a huge open-air prison for us and the children. We can't return to Syria and we can't go any further into Lebanon. We will perish here," says Iman, a young mother. She catches hold of her five-year-old son. The little boy has a bad squint affecting his left eye. The problem started two days ago. Iman is very worried and wants to get him to an ophthalmologist in Beirut as soon as possible. But the soldiers stationed on the town's border turned her away too.

In the tent next door, Abu Ahmad is kneeling on a mat on the floor. Like Iman's son, he is in urgent need of specialist medical attention. The 47-year-old has almost completely lost his voice because of an untreated case of laryngitis. Mostafa appears at the entrance to the tent. He wants to translate for Abu Ahmad, whose croaky voice is difficult to understand for those not used to it.

Abu Ahmad comes from Qusair in Syria, previously regarded as a Free Syrian Army rebel stronghold. Eighteen months ago, the Assad regime captured the city with the help of the Lebanese Hezbollah militia. More than 50 men forced their way into Abu Ahmad's house to take him away. To this day, he doesn't know why. He claims there were no direct links between himself and the Syrian opposition.

He opens his mouth wide. Many of his teeth are missing. His tormenters pulled them out, scorched his hands in fire from flamethrowers and abused him with powerful electric shocks. He was tortured every day for seven months, before his captors just released him somewhere on the Lebanese border. "He fell ill in prison and hasn't been able to speak since," Mostafa explains. In Arsal, Abu Ahmad feels like a prisoner again.

Should clashes flare up again, he and thousands of other refugees will be trapped. Their tents offer no protection against bullets, missiles and bombs. Says Mostafa: "We left Syria because of the war. But the war is hot on our heels."

As the Lebanese economy has collapsed, so has the country's health system. Many medicines have become scarce or unaffordable. Confronted with a failing state, the Lebanese are ... END_OF_DOCUMENT_TOKEN_TO_BE_REPLACED

Russia's ranking on the World Press Freedom Index has fallen again over the Kremlin's wartime censorship of the Ukraine conflict. From Myanmar to Mexico, journalists continue to ... END_OF_DOCUMENT_TOKEN_TO_BE_REPLACED 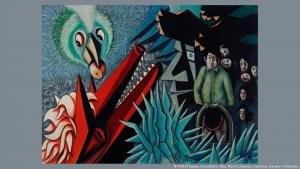 A Berlin exhibition explores the buzzing heyday of Beirut's art scene in the 1960s – and how it was cut short by the darkness of the Lebanese civil war. By Ruairi Casey END_OF_DOCUMENT_TOKEN_TO_BE_REPLACED

END_OF_DOCUMENT_TOKEN_TO_BE_REPLACED
Social media
and networks
Subscribe to our
newsletter