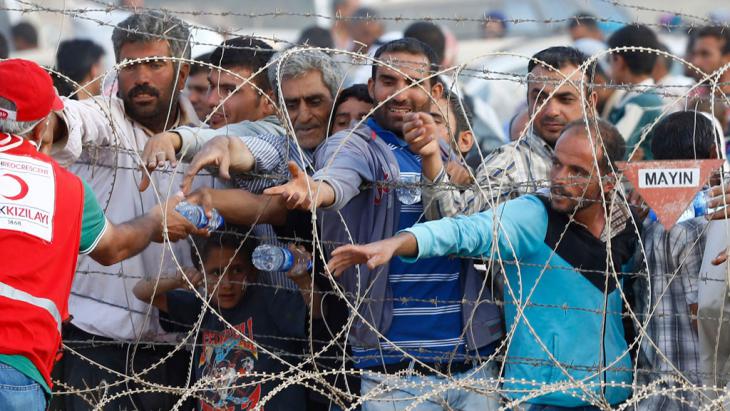 Syrian refugees in Turkey
Time for Turkey's allies to rally round

Turkey has quietly taken in one-and-a-half million Syrian refugees, yet assistance from Europe has thus far been shamefully inadequate. According to Stefan Kornelius, both the EU and NATO are leaving an ally in the lurch

Turkey is quietly accomplishing a great humanitarian and political feat. One-and-a-half million Syrian refugees have crossed the border and are now either living in camps or trying to make their way to one of the nation's cities. In Istanbul, they are sitting on the streets begging. On the whole, however, Turkey is making great sacrifices and taking care of the refugees, who are being hosted and accepted in a humane manner, at great expense.

Now the Turkish president is reprimanding the rest of the world, and above all the Europeans, for their apparent unwillingness to help. The aid that has been forthcoming is indeed shamefully inadequate. The European Commission may have just made a grand gesture of earmarking a further €215 million for the Syrian crisis region, but only 50 million will be channelled directly into humanitarian aid and just a fraction of this will go to Turkey. 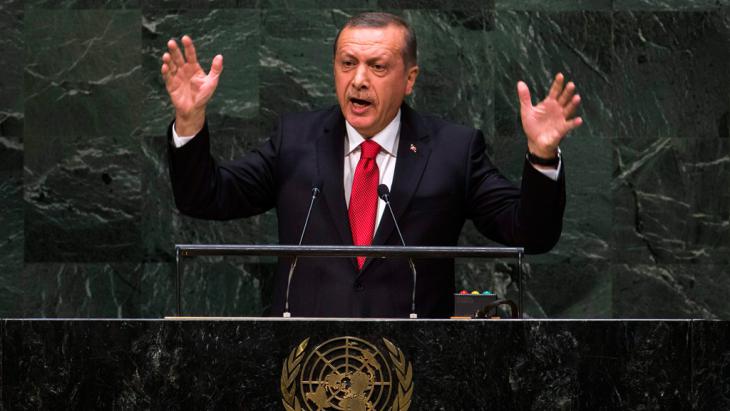 Addressing the UN General Assembly for the first time as President of Turkey, Recep Tayyip Erdogan called for international support to help victims of terrorism on 24 September 2014. He told the UN that Turkey is hosting some 1.5 million Syrian refugees and has spent more than US$4.5 billion on supporting them. This, he said, is in sharp contrast to European countries, who were hosting 130,000 refugees

This conduct is strange, especially in view of the fact that Turkey is an ally of the highest strategic significance both within NATO and in all EU programmes. The stability of Turkey, its political and military vulnerability and its influence in the region – whether on Russia or on Muslim neighbours – is of the greatest relevance. So why is no one talking about this?

There are always plenty of reasons: firstly, the Erdogan years have split Turkey and its allies. Secondly, the EU accession process has ground to a halt; Turkey doesn't want to join the bloc, and the bloc isn't ready to take her in anyway. Thirdly, Erdogan's influence on its Muslim sister states is volatile and opaque.

But above all, Turkey is battling huge contradictions with regard to the war in Syria. Assad the friend became Assad the foe. The rebels were overpowered by terrorist militias, with Turkey itself thought to be one of the Islamists' key recruiting grounds.

Turkey is certainly serving as a transit nation for the international terrorist commuters – and this terror can sweep back over the border again at any time. If Ankara too readily takes anyone's side, it will become an easy target. If Erdogan moves to bolster the Kurds, the separatist issue will be back on the country's agenda in the medium-term. 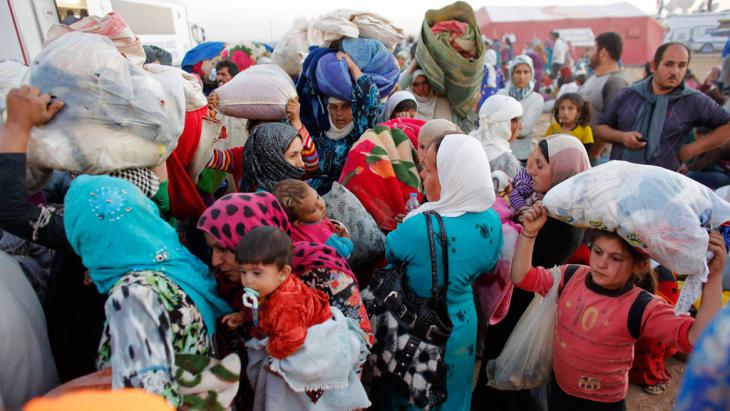 In his speech to the UN General Assembly last week, Recep Tayyip Erdogan said that areas around Syria and Iraq had become a "free region" for terrorist organisations, a fact that is having a direct impact on countries in the region, particularly on Turkey. Pictured here: Syrian refugees in Turkey

Money should not be an impediment

These are all justifiable concerns, which is why Turkey would prefer to deal with the refugee issue on its own. But that can't come to any good. And that is why Erdogan's speech to the UN General Assembly should be understood as a call to get involved.

Turkey needs money? This should not be an impediment! But money alone is not enough. NATO should also talk openly with its most crucial ally about the security of the alliance's borders. The EU can do more than just amend its own refugee policy; it must negotiate robustly with Turkey about controlling the jihadist commuters.

Turkey must now be reassured that it has allies. Otherwise, these allies will soon have to live with the accusation that they have left the country in the lurch – and therefore lost it.

One year ago the Taliban returned to power, seizing Kabul; the U.S. and its allies made a panicked exit from the country. Of all the books written on the subject, four stand out ... END_OF_DOCUMENT_TOKEN_TO_BE_REPLACED

In "Iran. Die Freiheit ist weiblich", journalist Golineh Atai describes the dogged resistance of courageous Iranian women against the Islamic Republic and the mullahs who have ... END_OF_DOCUMENT_TOKEN_TO_BE_REPLACED

Unflattering terms were used at a German Football Association human rights congress aimed at "intensifying the discussion" ahead of the World Cup. One speaker in particular made ... END_OF_DOCUMENT_TOKEN_TO_BE_REPLACED

Egyptian authorities have Mada Masr in their sights once again after critical reporting. But the editor of the country's last independent news source is adamant they will continue ... END_OF_DOCUMENT_TOKEN_TO_BE_REPLACED

Like Christianity, Europe's history is one of migration. Both have strong roots in the Orient and in cultures thousands of years old. Cultural historian Bernhard Braun invites us ... END_OF_DOCUMENT_TOKEN_TO_BE_REPLACED
Author:
Stefan Kornelius
Date:
Mail:
Send via mail

END_OF_DOCUMENT_TOKEN_TO_BE_REPLACED
Social media
and networks
Subscribe to our
newsletter