Meanwhile, the Trump administrationʹs 2018 budget, reduces U.S. contributions to the UN by nearly $285 million – a 24 percent cut in U.S. contributions. This included a 16 percent cut to the UN Childrenʹs Fund (UNICEF) and the elimination of the International Organisations and Programmes fund which, through its financial assistance for the UN Development Programme and UN Women, provides critical support for Syrian refugees in Jordan, Lebanon and Turkey.

Not in our backyard

The push by the United States and European Union to keep refugees "as close to their home countries as possible" is driving host states to increasingly consider returning refugees prematurely, fearing that otherwise they will have to shoulder the burden of a long-term Syrian refugee presence as they have with Palestinians. Lebanon, Turkey and Jordan have all ramped up efforts to coerce the return of refugees in the past year. 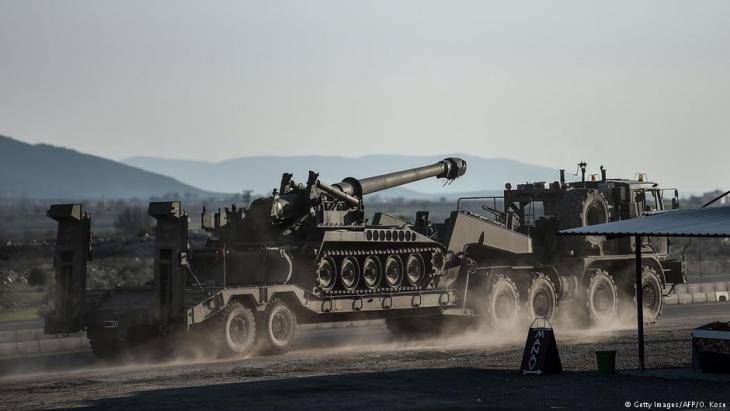 Imposing ʹsecureʹ conditions by force – a convenient excuse: citing the return of over 140,000 Syrians to areas captured by Turkey during Operation Euphrates Shield last year, the Turkish government argues that its latest military involvement in northern Syria – Operation Olive Branch – will ultimately encourage more Syrians to return to their home country

In addition to lessening its own budgetary burdens, Turkey has used the return of refugees as political coverage for military operations in Syria. Following the conclusion of Operation Euphrates Shield in March 2017, Turkey reported the return of nearly 140,000 Syrians to areas it captured over the last year. President Recep Tayyip Erdogan is hailing these returns as justification for its ongoing Operation Olive Branch in Afrin. Yasin Aktay, a senior advisor to the Turkish president, commented that Turkey aims to rebuild Afrin once the region is secure in order to stimulate return flows of as many as 500,000 Syrians, according to an estimate provided by First Lady Emine Erdogan.

In a speech to the UN General Assembly on 21 September 2017, Lebanese President Michel Aoun reiterated his call for Syrians to return to Assad-held areas even if a political solution is not yet in place. While Prime Minister Saad al-Hariri reassured the international community on 2 February that Lebanon will not deport Syrians, Lebanon has increased its actions, policies and restrictions that make living conditions for the refugees difficult.

Lebanese authorities are cracking down on illegal settlements, evicting over 10,000 Syrian refugees from tented settlements in 2017. Since the Lebanese Armed Forces recaptured Arsal from the Islamic State and Hayat Tahrir al-Sham in July 2017, an additional 10,000 Syrian refugees returned to Syria – without the facilitation and oversight of the UNHCR – many citing pressure from the Lebanese armed forces, including detention, raids on settlements and restrictions on movement.

The Lebanese military noted these specific raids following the Arsal operation were in response to a string of suicide attacks near the Lebanese border. However, in Sidon, which does not have the same security concerns, 50 refugees were detained in January for not having the proper paperwork and entering the country illegally. 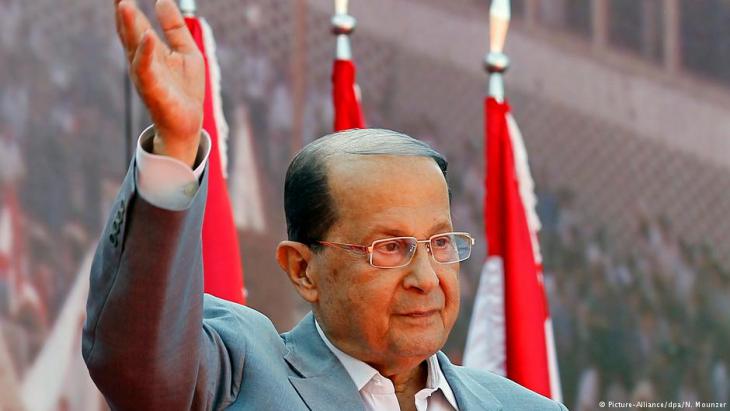 Attitudes hardening as pressure grows: "in a speech to the UN General Assembly on 21 September 2017, Lebanese President Michel Aoun reiterated his call for Syrians to return to Assad-held areas even if a political solution is not yet in place. While Prime Minister Saad al-Hariri reassured the international community on 2 February that Lebanon will not deport Syrians, Lebanon has increased its actions, policies and restrictions that make living conditions for the refugees difficult," writes Jesse Marks

Lebanonʹs foreign ministry drafted a plan in October 2017, reportedly headed by Foreign Minister Gebran Bassil, to induce the return of Syrians – proposing to accomplish this through stricter border security, mass registration, detention, limitation of humanitarian assistance to specific cases and legal action against Syrians residing and working illegally. While the proposed plan has been abandoned, it is representative of growing anti-refugee sentiment in Lebanon.

Likewise, after the Islamic State carried out deadly attacks in Karak and Rukban in 2016, Jordan continues to tighten restrictions on Syrians out of security concerns, creating an unwelcome environment for them. Many of the nearly 80 percent of Syrian refugees living outside of refugee camps fear that if they are caught, Jordanian authorities will detain and transfer them to the camps.

Approximately 8,500 refugees that the Jordanian authorities transferred to the Azraq refugee camp from Rukban – an informal IDP camp on Jordanʹs northern border where many Syrians fled from areas held by the Islamic State – are reportedly also being detained in a separate section within the camp with little to no freedom of mobility until security checks confirm they do not pose a security threat – an effort to mitigate the infiltration of potential Syrians with terrorist links.

But aid organisations in Jordan also estimate that half of Azraq campʹs 50,000 Syrian refugees were forcibly transferred to the desert camp from around Jordan, including many refugees caught by Jordanian authorities without proper paperwork and those targeted for communication with family in Syria. Jordanʹs efforts to curb terrorist activity are producing a precarious environment for Syrians, which combined with increasing economic difficulties and high costs of living could push many to return home.

German Middle East analyst Guido Steinberg and television journalist Ulrich Tilgner have both published new books on the conflicts in the Middle East. Their analyses and their ... END_OF_DOCUMENT_TOKEN_TO_BE_REPLACED

On 27 March, Iran and China signed a 25-year accord intended to foster "strategic co-operation". Despite ongoing uncertainty over the deal's actual scope, content and chances of ... END_OF_DOCUMENT_TOKEN_TO_BE_REPLACED

In Grenoble, France, two professors have been pilloried in a dispute over the use – or otherwise – of the term Islamophobia. Is freedom of speech in jeopardy? By Stefan Dege and ... END_OF_DOCUMENT_TOKEN_TO_BE_REPLACED

Liberal Islam: everything revolves around the Koran. In the search for a liberal interpretation, peculiar constructs occasionally emerge. By Alexander Flores END_OF_DOCUMENT_TOKEN_TO_BE_REPLACED
Author:
Jesse Marks
Date:
Mail:
Send via mail

END_OF_DOCUMENT_TOKEN_TO_BE_REPLACED
Social media
and networks
Subscribe to our
newsletter