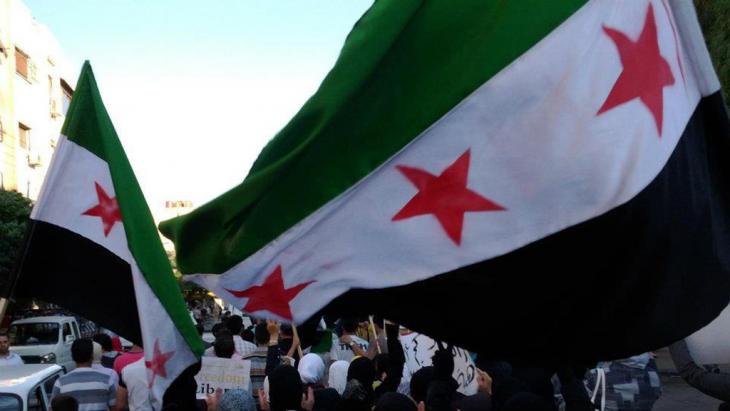 The Syrian conflict is dangerous and complex. A recent publication points out how western governments might promote the pro-democracy forces in the country. By Dagmar Wolf

Syria's conflict is not an Islamist revolution, but a popular uprising that is mostly financed by Islamist donors. This is what authors from the Arab Reform Initiative (ARI) state. The ARI is an umbrella organisation of think tanks in the Arab world, Europe and the USA and intends to use – and boost – research capacities in order to promote democratic change in North Africa and the Middle East.

The ARI recently published a study entitled "Empowering the democratic resistance in Syria". It argues that the sources of funding have an impact on the dynamics of the violent conflict, which is increasingly becoming a proxy war. The authors want the western world to act in a way that would allow democracy to prevail.

The paper assesses in what specific contexts Syria's various armed militias were formed, taking account of many different opposition groups. The scholars identify two factions: one is Islamist, the other is in favour of democracy and pluralism. The first are funded by various Muslim actors – including private donors as well as governments of Gulf States. The pro-democracy groups, however, are said to hardly get support, so they depend logistically on the Islamists. Increasingly, the religious radicals are claiming leadership. 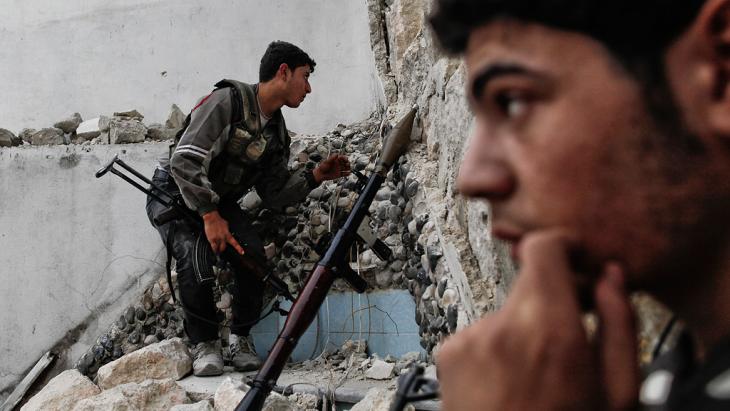 Syria's internecine war: The Assad regime's strategy is to divide the people by demonising the entire opposition as terrorists and followers of Sunni-fundamentalist Wahhabism. One consequence, the ARI study argues, is that the conflict is increasingly being fought along faith lines

For a long time, it seemed indispensable to confront the regime as a unified opposition. The ARI authors argue, however, that this approach has proved counter-productive because of its negative impact on the uprising's popular image. As extremist groups are taking control of ever more regions, tensions between Jihadists and pro-democracy groups are flaring up increasingly. The authors see a triangular war and report that the Syrian people are terrified by the fundamentalists. That fear, the study argues, serves the Assad regime's strategy to divide the people by demonising the entire opposition as terrorists and followers of Sunni-fundamentalist Wahhabism. One consequence, the ARI study argues, is that the conflict is increasingly being fought along faith lines, with Sunnis pitted against other religious communities.

The scholars warn that support even for moderate Islamists plays into the hands of the regime. Western governments, they suggest, should instead strengthen the pro-democracy groups. By doing so they could thwart the regime's divisive policy.

The authors rely on field data to identify the opposition groups that are still raising the demands for democracy and pluralism that marked the uprising at its non-violent beginning in 2011. They assess the local context that shaped the individual groups and discuss those group's specific characteristics, strong points and capacities. They also deal with the tensions among these groups.

The document makes proposals for boosting the pro-democracy forces. International and Arab media should pay those forces more attention, for example. Furthermore, it is important to strengthen civilian institutions such as the judiciary or the public administration. Finally, the pro-democracy groups need food, medical care and military support to stem the influence of the Islamists.

At its end, the study includes a list of democratic and autonomous groups within the Free Syrian Army. It names their leaders, estimates the numbers of fighters and indicates the regions they operate in. The list is not complete, as the scholars admit. For security reasons, some names could not be given, and others yet remain to be identified. The authors consider their paper a "work in progress" and promise to update it at regular intervals.

Arab women played a leading role in the protest movement of 2011. Since then, ongoing social transformation has had a considerable impact on their lives. What is their assessment ... END_OF_DOCUMENT_TOKEN_TO_BE_REPLACED

In Islamic mysticism, Ramadan is more than just a period of prescribed abstinence, signifying an opportunity for inner contemplation. Marian Brehmer explores the spiritual ... END_OF_DOCUMENT_TOKEN_TO_BE_REPLACED

Liberal Islam: everything revolves around the Koran. In the search for a liberal interpretation, peculiar constructs occasionally emerge. By Alexander Flores END_OF_DOCUMENT_TOKEN_TO_BE_REPLACED

Mass protests began in Egypt on 25 January 2011. They triggered the overthrow of long-time ruler Mubarak. Ten years later, many human rights activists and journalists are in ... END_OF_DOCUMENT_TOKEN_TO_BE_REPLACED

Mass protests began in Egypt on 25 January 2011. They triggered the overthrow of long-time ruler Mubarak. Ten years later, many human rights activists and journalists are in ... END_OF_DOCUMENT_TOKEN_TO_BE_REPLACED

As the photo of Fairouz talking to French President Emmanuel Macron spread around the world, many asked if Arabs today had any contemporary stars of Fairouz's standing. In this ... END_OF_DOCUMENT_TOKEN_TO_BE_REPLACED
Author:
Dagmar Wolf
Date:
Mail:
Send via mail

END_OF_DOCUMENT_TOKEN_TO_BE_REPLACED
Social media
and networks
Subscribe to our
newsletter