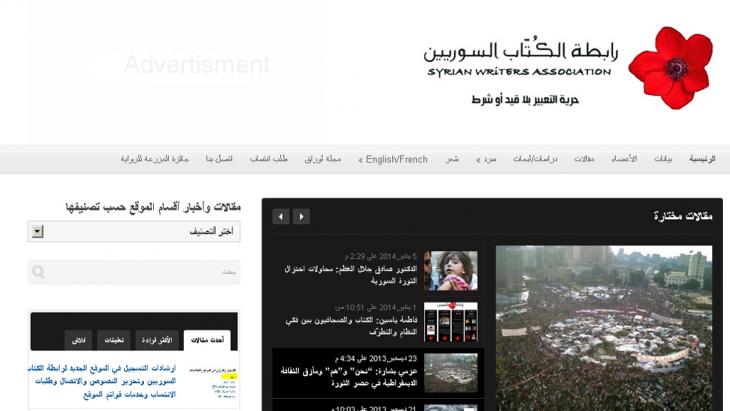 Syrian writers in exile have founded a new association. Their aim is to continue their country's rich literary tradition and to use the pen to fight for political and cultural change and freedom of speech in Syria. By Joseph Croitoru

Founded a year-and-a-half ago in exile, the Syrian Writers Association regards itself as an opposition organisation to the official Syrian authors' association, which is loyal to the regime. Despite much hostility, the London-based organisation is a success story, growing by the day.

In the past three months alone, not only have another four dozen Syrian writers signed up – making a total of some 350 Syrian members – so too have more than 200 intellectuals from Egypt, Tunisia, Iraq, Lebanon, Morocco, the Palestinian territories and the United Arab Emirates.

As "honorary members", these Arab writers, artists and journalists provide added strength in numbers and also express their support for what their Syrian colleagues' seek to do, namely to prompt both political and cultural change in their country.

"Free speech without shackles or rules"

One quiver in the association's bow is its journal "Awraq" (pages), which appeals in its sub-heading for "free speech without shackles or rules". Its second issue has just been published.

Editor-in-chief is the Damascus-born Syrian philosopher Sadiq J. al-Azm, who lived in Germany for several years and is currently at Harvard University. The phenomenon of political Islam is addressed much more in his foreword – and indeed throughout the new issue – than it was in the first issue. 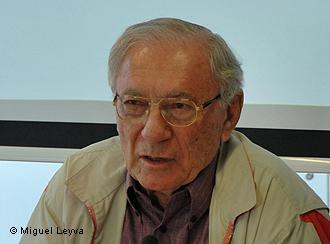 The Damascus-born Syrian philosopher Sadiq J. al-Azm is editor-in-chief of "Awraq", the journal of the Syrian Writers Association

It is plain to see that the articles on this subject are written from a defensive standpoint. The writers go to some lengths to correct the image of the Syrian rebels as fanatical holy warriors. In al-Azm's opinion, for instance, the Islamist factor is by no means the only one threatening the revolutionary project in Syria.

Other factors include the military stalemate between Assad's troops and the insurgents, and the efforts to make the public believe that the rebels are nothing more than pawns of the major powers.

The view of the revolution's actual objectives, writes al-Azm, is also clouded by the fact that the diverging political views of secular and Islamist rebels are being stylised into a kind of religious war, which has allegedly gripped the entire Arab world.

Al-Azm believes that the strengthening of Syria's radical Islamist forces is merely a passing episode; history has shown time and again that extremism can only hold up as a marginal phenomenon in the long term.

This view is shared by the University of Edinburgh Orientalist Thomas Pierret, who comments in "Awraq" that international jihadism has not yet been able to establish itself as the guiding ideology for Syria's Islamists. Instead, he writes, their guiding ideology is a variation on the theme of Syrian patriotism that he says is merely coloured by Islamism.

According to the Syrian journalist Odai al-Zubi, not everyone who calls for jihad and raises a black flag is necessarily a member of al-Qaida. He observes that members of the Free Syrian Army (FSA) have recently used not only the revolutionary flag but also the black flag with the profession of Islamic faith, which al-Qaida claims as its own. Al-Zubi interprets this as a purely religious act, not a political one. 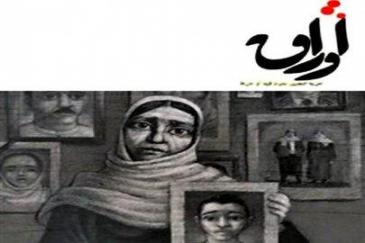 The London-based Syrian Writers Association is working for political and cultural change in Syria through its journal "Awraq" (pictured here: the cover of the first issue)

Nor should all those who call for jihad against the Assad regime be regarded as Islamist terrorists, he writes; many rebels, including FSA fighters, refer to themselves as mujahideen even though they do not adhere to any Islamist ideology or strive for the foundation of an Islamic state.

Another theme in "Awraq" is the prison experiences of Syrian opposition writers. The story of Syrian dramatist Ghassan al-Jibai is particularly moving. He was arrested in 1982 at the age of 32 – just after his son's birth – and then spent ten years behind bars without trial. After his release, he was banned from working as a theatre director.

In conversation with "Awraq", al-Jibai relates that his son, also a playwright, has now also been imprisoned at the age of 32. Nevertheless, al-Jibai is optimistic: "When the first demonstrators took to the streets in Daraa, I said to my wife: 'Victory is already ours.'"

The Aleppo-born prose writer Ibtisam Teresa holds a much more sceptical view. Her early works dealt with Syrian resistance to the country's French occupiers. Since her son's arrest in February 2012, she cannot stop thinking of the French torture methods she described in her books.

In nine imagined letters from the son to his mother, Ibtisam Teresa paints a picture of a prisoner defying today's prison torture: he has learned to separate his tormented body from his mind. He often observes himself from the outside and prays that he won't lose his mind.

Since Ali Khamenei, Iran's most powerful man, has openly and unconditionally come out in support of Putin's war in Ukraine, logistical help is on its way, with an allegedly ... END_OF_DOCUMENT_TOKEN_TO_BE_REPLACED

The Palestinian militant organisation Hamas, with Hezbollah's help, is building up a military presence in Lebanon, the ultimate consequences of which could be devastating, writes ... END_OF_DOCUMENT_TOKEN_TO_BE_REPLACED

In this essay, renowned Lebanese journalist and writer Hazem Saghieh asks whether the Arab Levant, which stretches from Iraq in the east to Egypt in the west, will remain an ... END_OF_DOCUMENT_TOKEN_TO_BE_REPLACED

Khaled Bahlawan hammers nails into a traditional wooden boat he built by hand, toiling under the scorching sun on Syria's Mediterranean coast to preserve a disappearing ancient ... END_OF_DOCUMENT_TOKEN_TO_BE_REPLACED

"Flugt" is the world's first museum dedicated to the stories of those forced to flee. The new museum, which focuses on the fates of refugees then and now, is housed in a former ... END_OF_DOCUMENT_TOKEN_TO_BE_REPLACED

"Finding Home", the second album by Syrian-born, UK-based musician Maya Youssef, works through feelings of loss and destruction until its music reaches a place beyond war and ... END_OF_DOCUMENT_TOKEN_TO_BE_REPLACED
Author:
Joseph Croitoru
Date:
Mail:
Send via mail

END_OF_DOCUMENT_TOKEN_TO_BE_REPLACED
Social media
and networks
Subscribe to our
newsletter