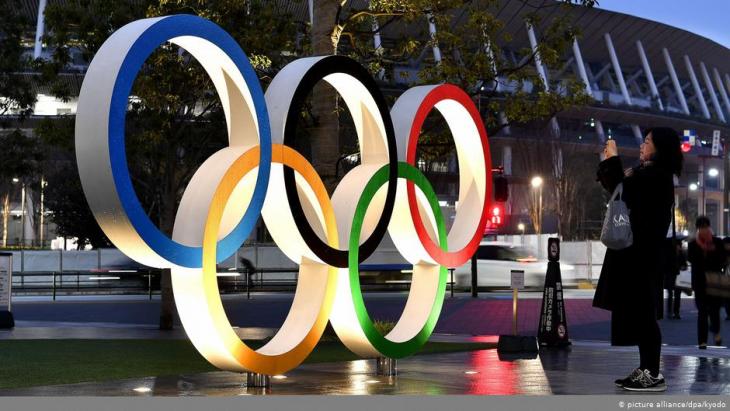 Syria's Hend Zaza was just five when she first picked up a table tennis paddle, and now the 12-year-old is the youngest person to compete at the Tokyo Olympics.

Zaza shot to fame overnight in her war-torn country last year after beating a Lebanese rival in her forties to win the West Asia championships, qualifying her for the Olympics.

She is the only female member of a six-person team vying for her home country's fourth-ever Olympic medal. On Saturday, she will kick off the competition against 39-year-old Austrian Liu Jia in the preliminary round of the women's singles.

Zaza is set to become the youngest Olympian since 11-year-old Beatrice Hustiu competed in figure skating at the 1968 Winter Olympics. Coach Adham Jumaan says he discovered Zaza when she was only five years old, three years into Syria's devastating civil war.

She was playing ping-pong with her older brother Obeida, a junior national tennis table champion, in a sports hall in central Syria's Hama.

"I was struck by her physique, quick reflexes and intuition," Jumaan said. "She was clearly gifted."

Recognising that she was smart, determined and ambitious, he started off by giving her daily training sessions at the same sports centre. Just seven months later, it paid off when Zaza finished second in the 2015 Syrian junior championships aged just six. From there, she rose from one success to the next.

By the age of nine, she had won the under 12s national competition and West Asia championships. And she won the national women's cup.

Syria's civil war has killed around 500,000 people, displaced millions, and ravaged infrastructure since it started in 2011 with the repression of anti-government protests.

"We trained in tough conditions," said Jumaan, who was her coach until recently. There were "power cuts at the sports hall. Sometimes we were stuck inside for hours" as rebel artillery fire fell outside. "And we struggled to get visas to take part in competitions abroad."

As the death toll mounted at the start of Syria's war, several countries cut diplomatic relations with the Syrian government and closed their missions in Damascus.

But last year, the Chinese Olympic Committee invited Zaza to go and train with its players in China after coronavirus restrictions were lifted.

Zaza has high hopes. "I dream of becoming world champion and an Olympic champion" one day, she told journalists. But I also want "to finish my studies and become a pharmacist".

Her father, an amateur football player, has always made sure she had private tuition so she would not miss out on school while competing.    (AFP)

END_OF_DOCUMENT_TOKEN_TO_BE_REPLACED
Social media
and networks
Subscribe to our
newsletter