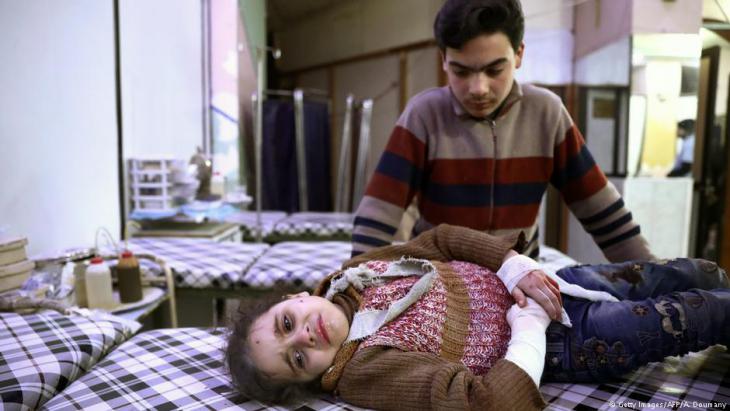 The horror that never fades

Children in Syria are growing up as a traumatised generation. Many have never known life without war. Processing such experiences is extremely difficult, says psychologist Elise Bittenbinder in interview with Jeannette Cwienk

Ms Bittenbinder, some three million children in Syria have only seen war, death and destruction in their lifetime. How has that affected them?

Elise Bittenbinder: In life every human experiences traumas, major or minor. Normally, we process these fears and they do not become chronic. We return to normal life and integrate the past experiences into our lives. Children from war zones have suffered greatly and experienced major losses like the death of parents or friends, but also the loss of school or their homes if they had to flee. Some of them develop certain traumas in the form of symptoms that remain if they are not treated, like headaches, sleep disorders, difficulties concentrating or bedwetting. Or they experience what we call flashbacks and do not know whether they are in the present or past, or simply re-experiencing it all over again. And then there is a pathological fear that remains even when the experience happened a long time ago.

An 11-year-old boy described this very well. He said, "I am constantly tired; I always think of certain pictures and they scare me a lot. That′s why I cannot concentrate at school. Then I am afraid that something will happen to my parents. Then everything hurts and I cannot eat anything."

Do children who suffer from war traumas have any chance of leading a normal life? 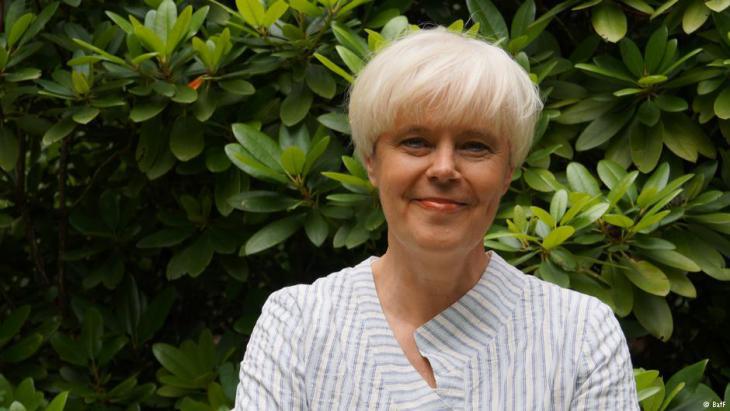 Elise Bittenbinder is the chairman of Germany's federal psychosocial centres for refugees and torture Victims (BAfF). For over 25 years, the specialist for child and adolescent psychotherapy has been working with war victims, child soldiers and severely traumatised people from crisis regions

Bittenbinder: When we talk to traumatised children or adults from war zones about their experiences, they often say that they would rather forget the bad experiences and lead a normal life. And when we tell them that is not possible, many nod. So they seem to know that the past will always be part of their lives. But what they can do is to make a new purpose in life more important and to focus on it. Then the traumatic experiences can be pushed into the background and will cease to dominate life as much.

How can this be achieved in practice?

Bittenbinder: It depends on what kinds of opportunities and chances they have after such traumatic experiences. The important thing is that children have hope, prospects in life and experiences that make them feel confident and creative – and not just bruised. This could be experiences in sports, a community or well-functioning family circles. But with some children, it can be the fact that they understand why their experiences have such a strong effect on them and why they cannot forget them.

What happens if the children do not receive any help?

Bittenbinder: If children who have intense traumatic symptoms do not receive help, then the symptoms can become chronic. We know they can last a lifetime and sometimes even be passed on to the next generation. There is evidence of people's helplessness developing into aggression and anger if they do not somehow manage to process the experience in a good way. If a person does not have the opportunity to express that, then violence can ultimately ensue. 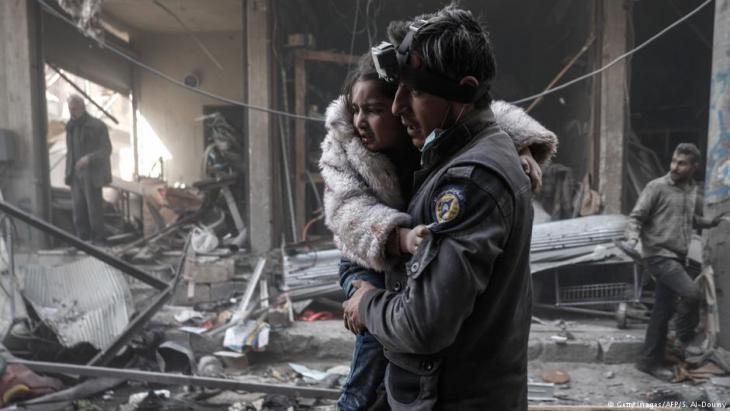 The fallout of war, violence and destruction: "children experience major losses… the death of parents or friends, but also the loss of school or their homes if they had to flee. Some of them develop certain traumas in the form of symptoms that remain if they are not treated, " reports Elise Bittenbinder

A study conducted by the organisation "Save the Children" says that many millions of Syrian children and teens are harming themselves or turning to drugs and alcohol to relieve the stress. What does this huge number of traumatised children mean for the future of the country?

Bittenbinder: Think about what happened in Germany after World War II. There were many traumatised people – children and adults. What helped them was the mutual feeling of "now we are rebuilding the country". And the subsequent economic boom helped people focus on new things. A contrary example is Kosovo. There it is highly problematic that young people have few prospects and the country′s economy is struggling.

So what are the consequences of trauma combined with economic decline?

Bittenbinder: They not only lead to a personal lack of prospects. It means that something quite terrible has happened but nothing can be done about it because there are simply no economic opportunities. If many people are in such a situation, then of course it means the entire country is affected and a general mood of depression can take over.

Twenty years after 9/11, the world is faced with the dual challenge of Islamophobia and anti-Westernism. Ahmet Kuru argues that Muslims in the West, well versed in both Western ... END_OF_DOCUMENT_TOKEN_TO_BE_REPLACED

Two decades after the attacks of 11 September 2001, the West faces the shattered debris of its failure – not only in Afghanistan, but also in Iraq, Syria, Libya and Yemen. What ... END_OF_DOCUMENT_TOKEN_TO_BE_REPLACED

Twenty years after 9/11, the United States is recalibrating its war policy. However, its assertions that the era of endless wars is over are a myth, writes Maha Hilal END_OF_DOCUMENT_TOKEN_TO_BE_REPLACED

The coronavirus pandemic has turned lives upside down all over the world. In the Middle Ages, however, people lived with epidemics all the time. The best and most famous ... END_OF_DOCUMENT_TOKEN_TO_BE_REPLACED

While agreeing last week to a withdrawal of US combat troops from Iraq, neither Iraqi nor US leaders can admit publicly how much they need each other. By Cathrin Schaer END_OF_DOCUMENT_TOKEN_TO_BE_REPLACED

Reading Hassan Blasim's God 99 is an immersive experience of grief and exaltation, anger and disgust, writes Marcia Lynx Qualey. We join the Iraqi narrator as he sits around in ... END_OF_DOCUMENT_TOKEN_TO_BE_REPLACED
Author:
Jeannette Cwienk
Date:
Mail:
Send via mail

END_OF_DOCUMENT_TOKEN_TO_BE_REPLACED
Social media
and networks
Subscribe to our
newsletter