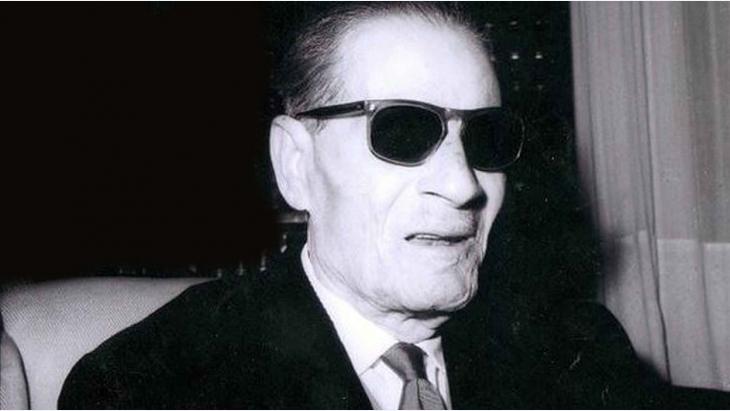 Taha Hussein (1889-1973) is considered one of Egypt's most influential intellectuals and cultural politicians. With his biography "The Last Nahdawi", historian Hussam Ahmed provides a profound insight into the contradictions in the life of the great pioneer of Egyptian modernity. By Shady Lewis Botros

Taha Hussein's autobiography, Al-Ayyam ('The Days'), is one of the most famous autobiographies in Arabic. So why bother with a new biography about the man? Maybe the question should rather be: how can one write a biography at all that does justice to its protagonist and his time? In the introduction to his book The Last Nahdawi (2021), Hussam Ahmed, assistant professor of history at Maynooth University in Ireland, acknowledges the apologetic tone in which historians typically present their autobiographical works, as if biography were a particular kind of history, of lesser significance.

After all, biographies are governed by dates of birth and death, and this prohibits authors from analysing the wider history. By focusing on the personal, biographies often either neglect the context or fall into the trap of misrepresentation, as if the subject of a biography is representative of an era, an institution, or an entire generation. This book overcomes these shortcomings by presenting a socio-political narrative; it focuses on the inter-relationship between the personal and the historical; it subsumes the institutional and the structural, without making the mistake of spending too long on the wider context at the expense of the individual.

In addition to the general lack of Arab biographies, The Last Nahdawi puts forward a number of reasons which justify revision of Taha Hussein's story. Put simply, the writer informs us, in the opening pages, that the man we think we know so well, we maybe don’t know at all. Taha Hussein's story has always fallen between sharply dichotomous poles. Either he is the cultural giant carrying the torch of enlightenment, or he is a writer of "pre-Islamic poetry" and a traitor to his faith and his society. 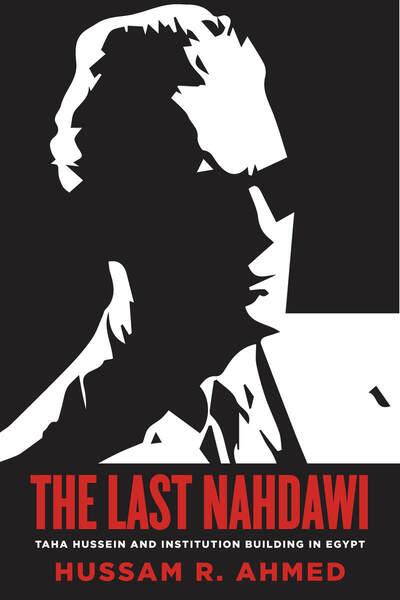 Why bother with a new biography about Taha Hussein? Instead, maybe the question should be: how to pen a biography at all that does justice to its protagonist and his time? Hussam Ahmed, assistant professor of history at Maynooth University in Ireland, proved equal to the challenge. 'The Last Nahdawi' fulfils its promise: it is not just a biography of Taha Hussein, the statesman; it presents, through him, an account of the history of the parliamentary era and the development of its institutions. It also vividly depicts the origins of Gamal Abdel Nasser's political agenda (1954-1970), from state-guaranteed free education to anti-colonial cultural diplomacy, which effectively shaped modern-day Egypt

The book introduces us to this so-called "thread of criticism". It began with a generation of young left-wing writers who saw Hussein as a bourgeois, liberal intellectual (in the negative sense of the word), and it continues through to more recent post-colonial analyses, the authors of which blame Taha Hussein for giving in too easily to Western allure.

This is fair criticism; after all, contradictions abound in Hussein’s writings. There is also a vast gap between his ideas about culture and his cultural practices.

The Last Nahdawi does not present a history of ideas, like most works dealing with Arabic cultural history, but rather a history of the cultural practices advanced by Taha Hussein, statesman, bureaucrat and politician, member of the Academy of the Arabic Language, pioneer of free education, dean of Alexandria University, founder of academic and cultural institutions and of a number of higher councils.

In its chronicling of events, therefore, the book relies on the minutes of administrative sessions, cabinet meetings, official and university meetings, payrolls and budgets in dozens of government agencies and departments, in addition to Hussein's personal papers.

Taha Hussein was of the view that "politics is the only way to build institutions for the production of culture and knowledge, to achieve the project of national independence."

The irony, we learn, is that Taha Hussein, who persisted in defending a complete separation between politics and culture, with a romantic belief that culture is purer and more durable, was, in practice, a believer in the state as the most important force for modernisation. He believed that politics is the only way to build institutions to produce culture and knowledge, in order to bring about national independence and to put Egypt on a par with Europe.

Cultural emancipation to redress the balance of power

His pragmatic awareness of the enormous difference in power between the colonisers and the colonised prompted Hussein, as one of the last figures of the Egyptian Renaissance, to rely, almost to a utopian degree, on culture in order to redress the balance of power with the West. In 1950, when Taha Hussein was Minister of Education, he presided over the historic move to provide free secondary education.

He believed that the struggle for education and the struggle for democracy were one and the same. This revolution in education, which took place in stages in the parliamentary period between 1922-1952, has not been adequately studied, as this book argues. Indeed, the entire phase was derided as a total failure because, as Hussam Ahmed points out, the chroniclers of this period were, at the same time, its adversaries.

Another paradox with which the biography deals relates to the clash between Hussein and France. For the man whose opponents always accused him of Westernisation and surrender to French culture in particular, his political biography reveals a completely different narrative. Rather, “The Last Nahdawi" goes further, pointing out that the cultural policies of the Nasser era, which were concerned with expanding Egyptian influence internationally in support of an anti-colonialist agenda, were merely a continuation of policies which the Egyptian government pursued in the 1930s and 1940s, and in which Taha Hussein played a leading role.

In 1950, Taha Hussein inaugurated the Institute of Islamic Studies in Madrid. Alongside this, he provided government support for the establishment of the “Muhammad Ali” chair in Arabic language and literature at the University of Nice in France, as well as a chair at the University of Athens. He also sought to establish an institute for Arabic studies in Istanbul, and he sent university lecturers to the University of Ez-Zitouna in Tunis.

On a collision course with France

In the same year, Hussein presented his ambitious project to expand the boundaries of Egyptian cultural influence to encompass the Maghreb, instead of keeping to the traditional confines of the Mashriq (the Middle East). Over the course of two years, Hussein took steps to establish Egyptian cultural and educational institutes in Tangiers, Rabat, Algiers and Tunis. 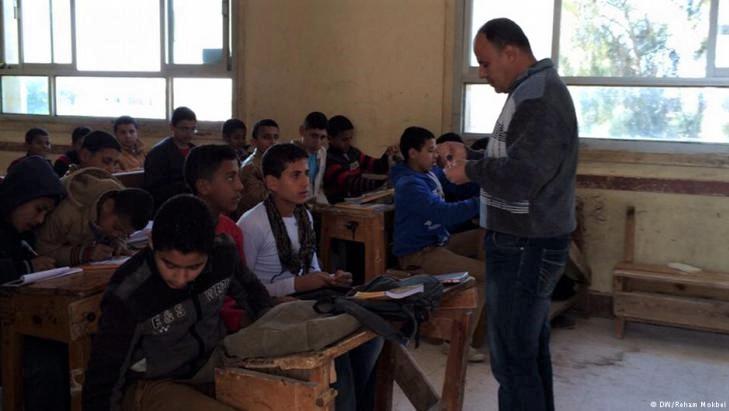 Free education for all: Taha Husain, as Minister of Education, set the historic course for free education in Egypt in 1950 with the decision to abolish school fees for secondary schools. He believed that the struggle for education and the struggle for democracy were one and the same.. Only with the help of comprehensive education could Egypt and the Arab world emancipate themselves from the West

The project came across as a threat of “Arabisation” directed at the colonial administration in North Africa, however, and it was met by the French with suspicion and procrastination. By the end of 1951, the clash between the two had reached a point where Hussein pushed the Egyptian government to suspend the permits of French archaeological teams in Egypt, to expel their directors from their places of residence and to refuse entry permits for cultural and educational purposes to most French nationals. He even threatened to close all French schools in the country.

This confrontation ended with the Cairo Fire in 1952. In July, the Free Officers led by Gamal Abdel Nasser and General Mohammed Naguib overthrew King Farouq I and his government, in which Husain held a ministerial post. In its final chapter, the book covers the period that followed, focusing on Hussein's troubled relationship with the Free Officers regime.

The Last Nahdawi does indeed fulfil its promise. It is not just a biography of Taha Hussein, the statesman; it presents, through him, an account of the history of the parliamentary era and the development of its institutions. Moreover, it also vividly depicts the origins of Nasser's political agenda, from state-guaranteed free education to anti-colonial cultural diplomacy.

Translated from the German by Chris Somes-Charlton

Home
Print
Newsletter
More on this topic
Taha Hussein and the democratisation of education in Egypt: The sea of knowledgeManifesto published by Muslim intellectuals: For Islam and democracyArab nationalism and political Islam: Secularism – ″the other option″?
Related Topics
Arab world, Book reviews, Colonialism, Dialogue of Cultures | Intercultural Dialogue, Enlightenment, Globalisation, History of the Near and Middle East, Orientalism, Science, Secularism in the Islamic world
All Topics

In this unusually beautiful book of images and text, published in German and Arabic, artist Marianne Manda presents her own unique take on the megacity of Cairo. In over fifty ... END_OF_DOCUMENT_TOKEN_TO_BE_REPLACED

A stage, lights, a mesmerised audience: it looks like an Egyptian folkloric concert, but Umm Sameh is singing to heal the sick by driving out the demons that possess them END_OF_DOCUMENT_TOKEN_TO_BE_REPLACED

Russia's ranking on the World Press Freedom Index has fallen again over the Kremlin's wartime censorship of the Ukraine conflict. From Myanmar to Mexico, journalists continue to ... END_OF_DOCUMENT_TOKEN_TO_BE_REPLACED

From the Euphrates to the Mekong, dams that ensure one country's water supply risk leaving others parched. But shared water resources can be a source of peace as well as conflict ... END_OF_DOCUMENT_TOKEN_TO_BE_REPLACED

END_OF_DOCUMENT_TOKEN_TO_BE_REPLACED
Social media
and networks
Subscribe to our
newsletter