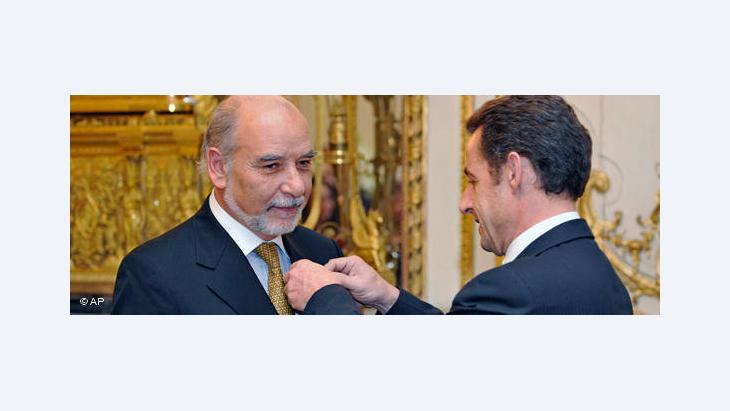 Tahar Ben Jelloun: ''The Arab Spring''
The Comfortable Way to Take Part in a Revolution

﻿The Paris-based Moroccan writer Tahar Ben Jelloun regards himself as a spokesman for the Arab revolution. His latest book, however, shows him to be just a last minute arrival to the cause, writes Niklas Bender in his book review

There is a phrase in French – "les résistants de la dernière heure" or resistance fighters only in the final hours. It refers to those who join a cause at the very last minute in order end up on the right side. Tahar Ben Jelloun is such a last minute activist. And he doesn't even completely fulfil this role, at least with respect to his native country of Morocco.

Ben Jelloun has published a book on current events bearing the title "Arab Spring. The Recovery of Arab Dignity". The book is already on sale in Germany and will be in the stores in France in May (it is not yet clear whether it will be published in English). It is a collection of reflections in essay form, literary representations of the situation, and newspaper articles. In the essay section, Ben Jelloun provides an "attempt at explaining events in Arab societies". 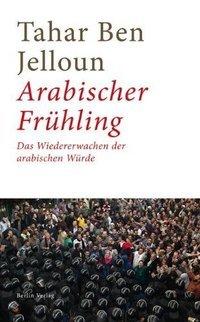 A book of many contradictions: "Ben Jelloun presents himself as a committed intellectual in the tradition of Voltaire and Sartre, although, in the best case, he is merely a fellow traveller," writes Niklas Bender

​​In the novella "The Spark," he tells how Mohamed Bouazizi, the Tunisian vegetable dealer, was driven to set himself on fire – a suicide that sparked the popular rebellion. The two newspaper articles at the end of the book were written in 2003 and serve to prove the author's long-term commitment to the cause. The criticism found in these articles is not particularly daring, and, apart from a few references such as those about Gaddafi, it remains rather diffuse.

Credit must be given where it is due – there are some insightful passages. For instance, the reader is brought to understand how alien the act of self-immolation is from an Arab point of view and the degree of desperation that must have moved Bouazizi to this deed. Ben Jelloun provides the victims with faces in his depiction of various cases. His appeal to the West not to see Islamism as being behind the revolts is convincing. These merits, however, end up taking a back seat to the contradictions found in the volume, which, in their core concern, tend to put the reader off.

Ben Jelloun presents himself as a committed intellectual in the tradition of Voltaire and Sartre, although, in the best case, he is merely a fellow traveller. One accepts that Ben Jelloun felt upset about the repression he observed during visits to Tunisia. He has also written about conditions in parts of the Arab world for many years. But when he criticises Western heads of government for pampering Arab despots, then the reader has to laugh. Gaddafi "the Horrible" (Ben Jelloun) was in Paris in December 2007 and was courted by Sarkozy.

The visit was sharply criticised. Yet, only a few weeks later, on 1 February 2008, the very same president handed the author the Grand Cross of an Officer of the Legion of Honour. Sarkozy's speech can be read on the author's web site. Not everyone who wants to be Sartre has his wish come true.

Praise be to the King 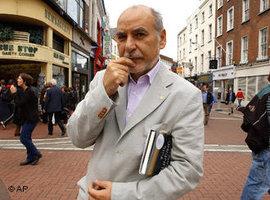 ​​The chapter on Morocco is simply shocking. Ben Jelloun sings the praises of Morocco's "special path" and King Mohamed VI. Now, it may be the case that the situation in the monarchy is different from that of neighbouring countries and that Mohamed VI is a relatively enlightened monarch. Yet, things are not all rosy in Morocco – the country has also experienced attempts at self-immolation. Above all, the comparative progressiveness of the monarch is no reason to kowtow. "The King works and he is doing his best. He is popular and many political parties should take him as an example."

Ben Jelloun quickly displays his courtier nature. "Since taking power in July 1999, King Mohamed VI has accomplished many changes in the country. Everyone acknowledges this. On the other hand, it is understandable that some Moroccans are disappointed. Yet, the king has no magic wand." Children, be patient, papa can't perform magic! It is no wonder that a speech by the monarch is characterized as "revolutionary". A revolution on the part of the people, which would be a catalyst for the creation of a true civic consciousness, is thereby deemed unnecessary.

One has to be fair to the person and the institution. Tahar Ben Jelloun is an eminent author. He has written excellent novels, elevating him to one of the most important voices from the Maghreb. He proved his courage as a young man and, in 1965, was imprisoned in a penal colony. Since then, Ben Jelloun has been rather reserved in the role of an activist. 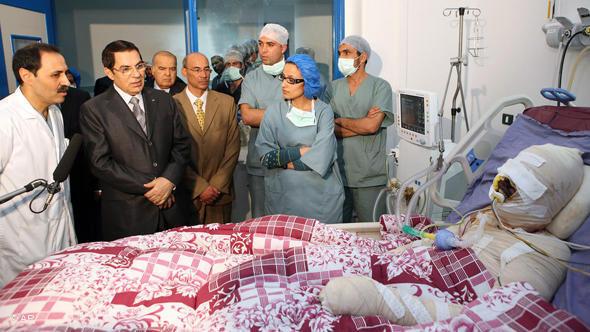 Exploiting the inconceivable drama of Muhammad Bouazizi: "The author slips into the skin of a victim and appropriates the stigmata of others. This is presumptuous, especially if one considers the writer's diplomatic position with respect to those in power," writes Bender

​​A depressing low point was the scandal concerning his novel "This Blinding Absence of Light" (2001) about the Tazmamart prison camp in Morocco in which Hassan II imprisoned members of the military under gruesome conditions after a failed coup attempt. From a literary point of view, the text is brilliant, yet politically, it leaves a strong aftertaste. Ben Jelloun wrote this work long after the prison had been closed – as well as after the death of the despot, whose favour he enjoyed. In addition, Ben Jelloun has been accused of exploiting a tale of woe. The same holds true of the novella "The Spark" in the present volume.

Once again, the author slips into the skin of a victim and appropriates the stigmata of others. This is presumptuous, especially if one considers the writer's diplomatic position with respect to those in power. Most strikingly, the opportunism displayed by the intellectual Ben Jelloun is exactly the opposite of what is currently taking place in Arab countries, namely the refusal of a courageous civic-democratic movement to accept compromises and interim solutions.

Ben Jelloun, on the other hand, stands for the old system of protectionism and intellectual corruption. One truly wishes that the Arab world will finally be able to board the "train of modernity". In the process, one can do without last minute hangers-on like Tahar Ben Jelloun.

Education for girls and women is still possible in Afghanistan, says Reinhard Eroes of the Kinderhilfe Afghanistan initiative. In interview with Elisa Rheinheimer, he talks about ... END_OF_DOCUMENT_TOKEN_TO_BE_REPLACED

Locals in the Middle East have said European critics are showing bias and hypocrisy when they condemn Qatar. Observers agree that Qatar has had to deal with more criticism than ... END_OF_DOCUMENT_TOKEN_TO_BE_REPLACED

In Doha, Arabs from Morocco, Tunisia, Egypt and Algeria are gathering to celebrate the first ever FIFA World Cup to be held on Arab soil. The criticism from Europe? Over the top, ... END_OF_DOCUMENT_TOKEN_TO_BE_REPLACED

Canan Topcu came from Turkey to Germany as a child. In her essay, she describes how bothered she was by the racism she encountered in her country of origin when she travelled ... END_OF_DOCUMENT_TOKEN_TO_BE_REPLACED

All organisers use major sporting events like this year’s FIFA World Cup in Qatar primarily to advertise their country and promote a slick public image. This is not something we ... END_OF_DOCUMENT_TOKEN_TO_BE_REPLACED
Author:
Niklas Bender
Date:
Mail:
Send via mail

END_OF_DOCUMENT_TOKEN_TO_BE_REPLACED
Social media
and networks
Subscribe to our
newsletter