The Barbarians Are Coming

Tahar Ben Jelloun, Moroccan author and intellectual, argues that Europe would benefit from the entry of the Maghreb states into the European Community 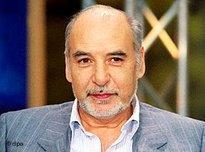 Tahar Ben Jelloun: "The perspective now opening up of Turkey joining the EU has made the elites in the Maghreb think"

​​The people of the Maghreb are following the current debate over Turkey's accession into the EU with great interest. The Ottoman Empire is not only remembered with affection in the Arab world. Only Morocco fought against Turkish rule, and retains a certain pride in its unique position.

But all this is now as good as forgotten, and relations between the Maghreb and Turkey are unremarkable. There are few contacts. The two sides ignore each other with careful politeness, in a manner which is very regrettable. The people of the Maghreb see Turkey as being a long way away, and not just in a geographical sense. Turkey seems foreign to them for a number of reasons: its position in Asia, its recent history and its very different mentality.

Atatürk's schism with the Arab world

Mustafa Kemal Atatürk's revolution, which in 1923 brought about the separation of religion and state in a Muslim country and in 1928 replaced the Arabic alphabet with the Roman, is a cause of distress and displeasure to many nationalists who see Islam as an essential part of Maghreb identity.

They see the Turkish changes as bringing about a schism in the "Dar al-Islam," the House of Islam. They see those changes as meaning that Turkey has left the House and turned towards the West. Some 25,000 Jews live in Turkey and the country maintains fairly good relations with Israel.

But Turkish society has by no means rejected Islam as culture and civilisation; it has merely released Islam from its role in political life. Religion is seen as a private matter, but that has not in the slightest prevented mosques from being built and even the development of Islamic movements, so long as they operate within the country's laicist framework and do not support terrorism.

Al Qaeda has never been able to make inroads in Turkey. In this way, Turkey has moved successfully into the modern world. That is something the three Maghreb states, Tunisia, Algeria and Morocco, would like to do, even though they do not even allow discussion over the issue of separation of religion and state.

Young people, disappointed by the so-called progressive ideologies, are turning increasingly to religion. Under the term "modernity" I understand the following: respect for the individual, for the rule of law and for a democratic culture which guarantees men and women equal rights. Tunisia has the most egalitarian family law in the Arab world, while Algeria and Morocco have changed their laws to give women more rights.

The perspective now opening up of Turkey joining the European Union has made the elites in the Maghreb think. They want to use the opportunity of this unprecedented accession to raise the banner of the southern Mediterranean.

Hassan II was not the kind of man to make jokes

It was King Hassan II who raised the issue of Morocco's candidacy for a place in the EU back in the eighties. Outside Morocco, the press simply laughed the idea off, and did not even look more closely at the possibility of such an eventuality.

But Hassan II was not the kind of man to make jokes and was not merely being provocative. He was looking into the future, and could see that the future of his country sooner or later would be bound up with the fate of Europe. For the Moroccans, his gesture was deeply symbolic.

Perhaps Morocco did not fulfil all the conditions and criteria for membership of the European Union, but its geopolitical situation made it suitable for a special, privileged partnership, if not more, depending on how the country developed.

The king's initiative came at a time when Morocco was in dispute with Spain over fishing rights, when Moroccan citrus fruits and other products were having a hard time getting into the European market, when Morocco's image was being damaged by repression of the opposition and a security policy which was causing fear in large parts of the population. The prisons were full of political prisoners, and there was torture.

The current political situation in the Maghreb

Those leaden years are now past. The new Morocco is founded on a democratic political system, even if the changes are only taking place slowly and in homeopathic doses.

Thanks to President Bourguiba, Tunisia has long had its face turned towards Europe. The current Tunisian president reacted with repressive policies to stop Islamist tendencies, but he also silenced any oppositional tendencies in the process. The Tunisian economy is developing well, and that has led some European countries like France and Italy to close their eyes to human rights abuses there.

Algeria, for its part, is suffering from a horrifying civil war, and an initiative like that of Morocco or Tunisia to move closer to the European Union has not been in evidence. But if the three countries should get together and present themselves as a geographical and economic unit, Europe would have to take an application for membership from such a grouping seriously.

Reconciliation with reason and science

The great Muslim philosopher and founder of modern Arab thought, Jamal Eddin Afghani (1838 – 1898) said of the Arab Islamic world, "The orient will only find its salvation if it reconciles itself with reason and science."

This reconciliation has never taken place. It was frustrated by the collapse of Arab socialism and the arrival in political life of Islam as an ideology of struggle. The Maghreb too was unable to resist this tendency, but Turkey seems to be on the way to such a cultural revolution.

If Europe opens its doors to Turkey, then the reconciliation of Islam with reason and science will have become reality: whoever is European is making a contribution to modernity, without denying the values of his civilisation and identity. To be a European means to accept certain basic values, such as respect for human rights, without losing tradition and authenticity. For this reason, Turkey will find itself unable to get away without revising its understanding of history.

Turkey cannot continue to be angry every time someone speaks of the genocide against the Armenians. In his book, "L'Etat criminel" (Seuil, Paris 1995), Yves Ternon shows that the Young Turks who led the Turkish state already had a plan in place in 1914 to wipe out the Armenian population. The genocide of the Armenians is a historical fact. Turkey will have to recognise this.

The Maghreb shares its history with France, Spain and Italy.

We in the Maghreb encourage the Europeans to give Turkey its place in Europe and to allow its accession. It is after all a great nation, a political power in a geopolitically important position. Turkish entry will certainly not mean that Europe will lose its soul, as the opponents of Turkish entry claim. On the contrary, Europe could be enriched and strengthened by its contact with a culture in which occident and orient live together without any great conflict.

It will not lead to a "clash of civilisations," but to a mixture of cultures, colours and spices. Even Greece, which can scarcely be said to have an idyllic relationship with its Turkish neighbour, is now a supporter of its entry into the European Union.

Against this background, the Maghreb sees itself as the necessary next step: first Turkey, then the Maghreb. Why? Because this region shares quite a large amount of sometimes painful history with at least three European countries, France, Spain and Italy.

Strong ties of the Maghreb to Europe

Today this link is expressed in policies of cultural and economic cooperation. Moroccans speak French and Spanish, they read European papers, watch European television, dream of Europe, fight for Scheme-area visas, cultivate an identity as people of the Mediterranean, and above all: they count on a strengthening of the modernist tendency to escape the current wave of Islamism. In Algeria as in Tunisia, most people speak two languages.

The Arab countries have not succeeded in coming together and turning themselves into a strong unit. Europe can exploit this failure, and integrate those Arab countries with which it is linked by a common history.

This article was previously published in Germany's weekly Die Zeit (42/2005).

EU-Maghrib Relations
On Distant Mediterranean Shores
The states of North Africa enjoy close economic relations with the EU as a result of association treaties. Unlike the accession states in the East, however, they have no say in the European Union. Bernhard Schmid reports

Granada, Spain
The Moors Are in Fashion, Arabs Aren't
Tourists seek out Arabian flair in Granada's Albayzín district, yet local residents remain sceptical of the Arabs that live there today. Merten Worthmann talked to people of the district in which a new mosque has recently been built

Dossier
Turkey and Europe
Discussions about Turkey's EU candidacy tend to be heated and even emotional at times. Are questions of cultural identity more important than political and economic criteria? And what role does Islam play concerning Turkey's integration into Europe?

END_OF_DOCUMENT_TOKEN_TO_BE_REPLACED
Social media
and networks
Subscribe to our
newsletter