Taking the train from Addis Ababa to Djibouti

Since the start of 2018, a Chinese-run train is taking people and goods from landlocked Ethiopia to the Red Sea port in Djibouti. Reporter James Jeffrey made the journey from Addis Ababa 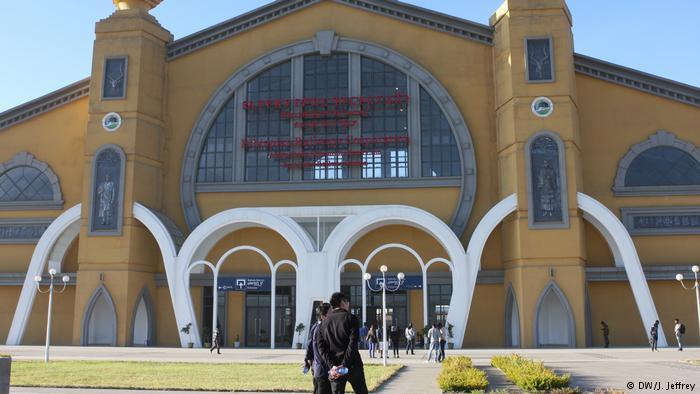 The Chinese touch: on the outskirts of Addis Ababa one would be forgiven for thinking an oriental palace has been misplaced. The train station marks the beginning of the new Addis Ababa to Djibouti City railway line carrying passengers since January 2018. It is a joint venture between the Ethiopian Djibouti Railway (EDR) company and the Chinese, who built and largely financed the $4 billion (€3.5 billion) endeavour 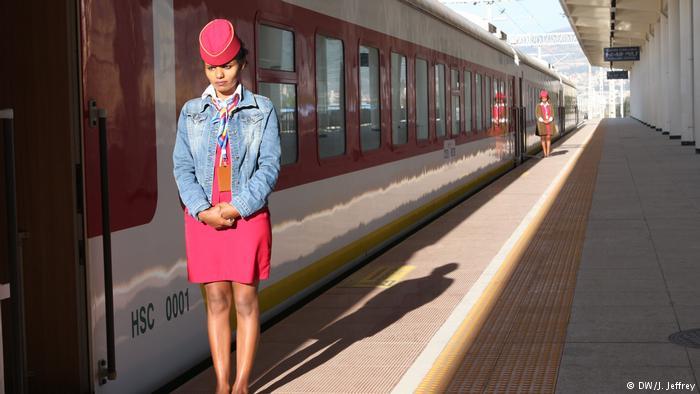 Rules and regulations: Ethiopian platform guards in smart red waistcoats and hats welcome passengers to the 8 a.m. train to Djibouti. The Chinese are operating the line for its first six years, hence the general air of regularity and conformity, at least at the start of the journey. The train conductor is Chinese, as are the maintenance workers 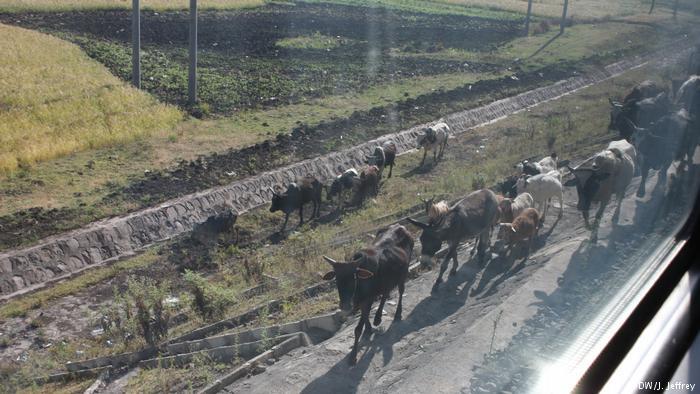 Leaving the city behind: soon the outskirts of Addis Ababa are replaced by green fields, small village huts, and cattle walking beside the railway line. "The amount of livestock along the route is the main reason we had to slow the train down," says Wang Hugue, the Chinese operations manager." At the beginning there were a few problems with the farmers." Farmers are now compensated for livestock hit by the train 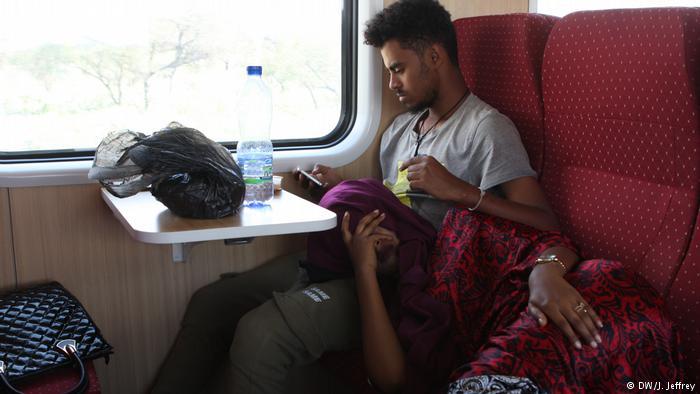 A comfortable ride: "Before, travelling by bus was really hard and you had to change buses and stay overnight. It took about a day and a half to get from Addis to Djibouti," says Linda, a Djiboutian English teacher returning from Addis Ababa. The journey by train takes 12 hours, but at least, it is comfortable 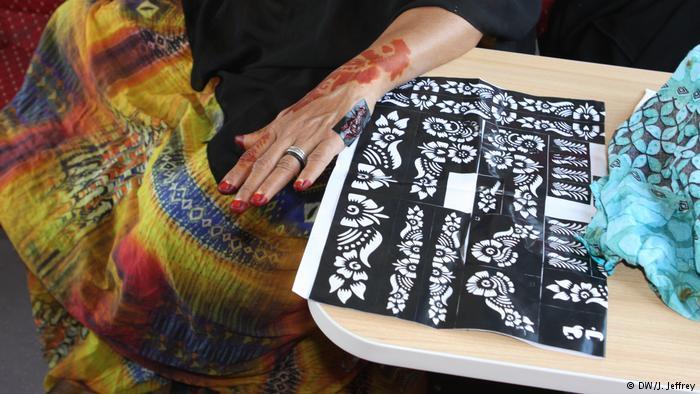 Henna to pass the time: the passenger service is currently running well below capacity and passengers have plenty of room for activities such as applying henna-tattoos. But the passenger service is not the train’s priority. Four cargo trains make the journey each day – two travelling one way, two the other – each carrying 106 containers of goods, increasingly needed and produced in Ethiopia’s strained economy 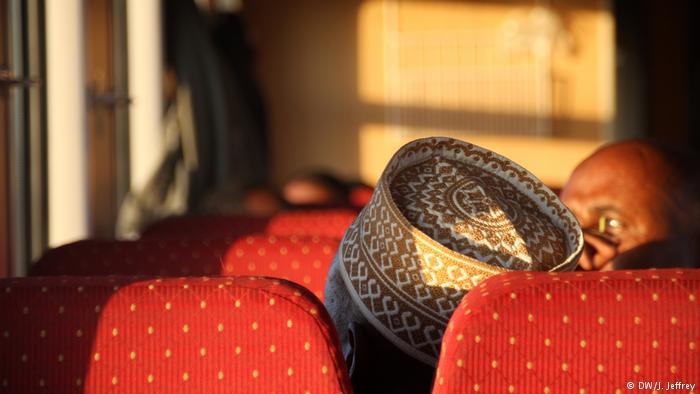 Pining for the past: the new train route partly parallels the old imperial railway built in the early 20th century. "If there was a choice, I’d take the old train," says Julius, an Ethiopian visiting his aunt in Djibouti. "Then you saw all the different towns where it stopped, heard the different languages, cultures and peoples of this region. This train just goes straight past everything" 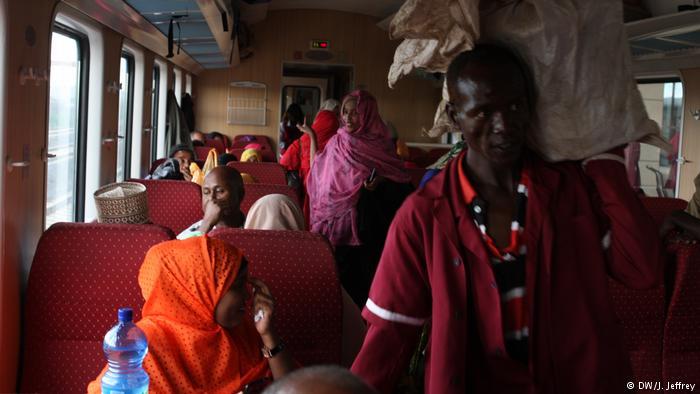 Train comes to life: after stopping at the city of Dire Dawa about half way along the 728 kilometre route, the carriage has filled up with passengers chattering away in a mixture of Amharic, Somali and French (Djibouti was a French colony), while sharing bags of food. Even the music piped into the carriage seems to become livelier as the journey continues 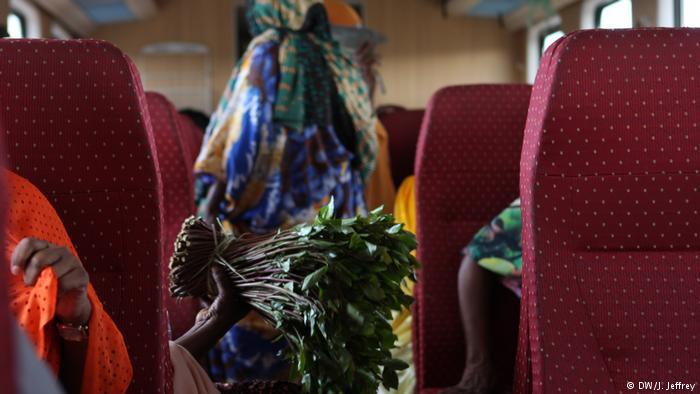 Time for khat: "We have had to adjust, admittedly," says train operator Hugue. Passengers carry khat, the mildly narcotic plant chewed all over the Horn of Africa as a stimulant, which is banned and classed as a drug in China. "Initially we didn’t allow it, but EDR said that it was part of the culture, and we appreciate we can’t destroy traditions and we need to respect each other" 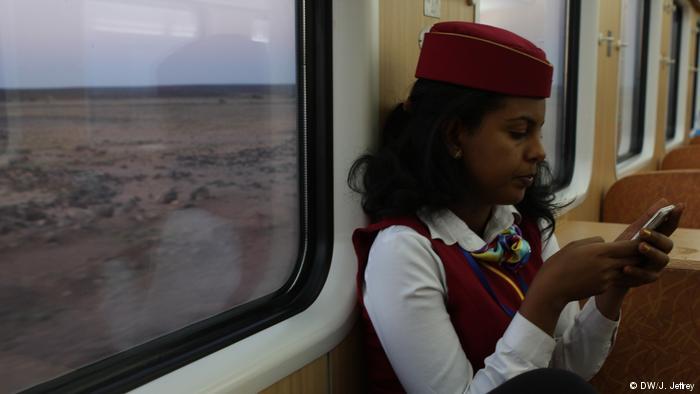 On the right track: with about 200 kilometres left, the sun begins to set on the remote desert and the carriages begin to quieten. Political observers believe that the railway line and the freedom of movement and economic commerce that comes with it, is evidence of increasing peace and cooperation in the Horn of Africa

END_OF_DOCUMENT_TOKEN_TO_BE_REPLACED
Social media
and networks
Subscribe to our
newsletter