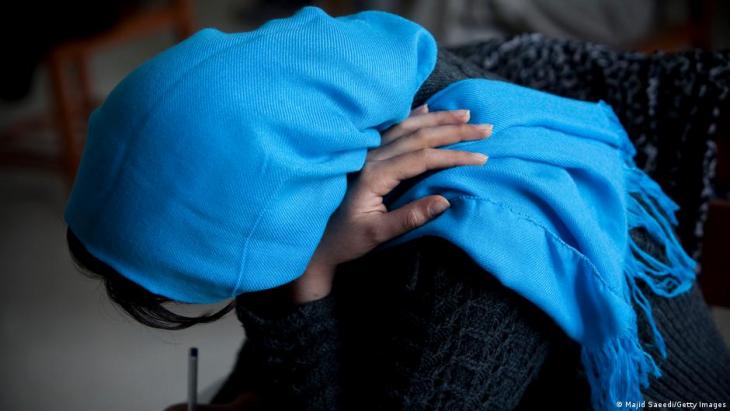 After coming to power, the Islamist group imposed a ban on girls' education, prompting some Afghans to set up an underground school. Hussain Sirat and Ahmad Hakimi spoke to some of the girls who are determined to continue their studies

Fourteen Afghan girls gather every day in the basement of a building in Kabul to continue their studies. Their teacher is a senior student who teaches them mathematics.

The school is hidden from the outside world – the door and windows are shut so that nobody can see or hear the students. A whiteboard is placed in the corner of the room, where Nooria (name changed) is teaching her students about logarithms.

After the Taliban overthrew Ashraf Ghani's government and captured the capital, Kabul, in late August, they re-imposed restrictions on girls' education. In some cities, girls are not allowed to attend schools after sixth grade, and in some areas, older girls are not allowed to sit with male students. The measures are not only arbitrary, they are in stark contrast to the Islamists' initial statements that they would respect fundamental human rights.

The Taliban first ruled Afghanistan from 1996 to 2001 with an iron fist, barring women from work and imposing restrictions on their mobility. Girls were not allowed to go to school and the Taliban fighters flogged women if they broke the strict Sharia laws imposed by the group.

There have been several protests by women against the new Taliban regime across the country since the Islamists took charge of the government. Women in Afghanistan are persistent in their demands for the right to education, employment and assembly, which have so far been denied by the group. 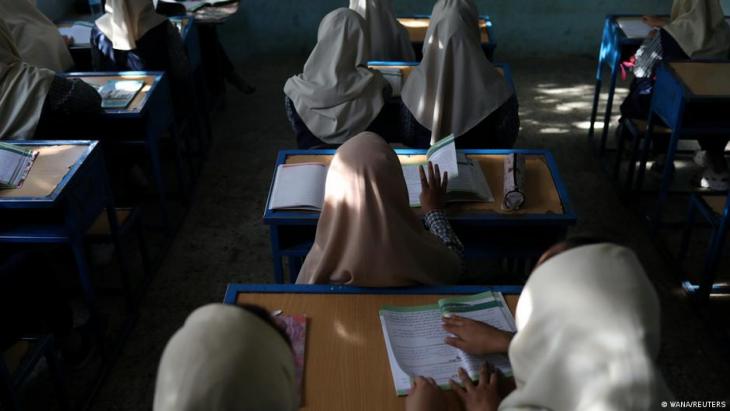 Happier times: the end of Taliban rule in 2001 saw a rapid increase in school enrolment rates for both boys and girls. Unsurprisingly many more girls living in urban areas were enrolled in school than their peers in rural areas, with most gender gaps in access to education apparently caused by safety concerns rather than a lack of support for education per se. The Asia Foundation surveyed the opinions of Afghans every year between 2004 and 2019. Support for education for women remained high over the period, registering at 87 percent in 2019

The only way to continue education

Running the "secret school" under these circumstances is not an easy task, but many parents are determined to educate their daughters and are ready to take risks.

The students of this school take different routes to join their classes at different times during the day so they are not noticed by the authorities. There are no desks and chairs in the classroom; girls sit in a circle on the floor. We spoke to some of these girls, but for security reasons, their identities have been concealed.

Saleha (name changed), a 12th grade student, said that after a two-month school closure she had no other choice but to join the underground school. "We didn't accept the restrictions; therefore, with the help of a teacher, we started this secret school. We want to continue with our studies," she said over the phone.

Nooria, who teaches at the underground school, was a student of computer science at the University of Kabul prior to the Taliban takeover of the capital. She confessed that she had wanted to become a computer programmer, but her dream has been shattered now. "It feels like I have a body, but I am not alive," she said, adding that she hopes that the 'dark days' will be over soon.

When the U.S. invaded Afghanistan in 2001 and toppled the Taliban regime, girls' education was almost non-existent in the country. By 2020, millions of girls had attended school and tens of thousands of women went to university for their higher education. 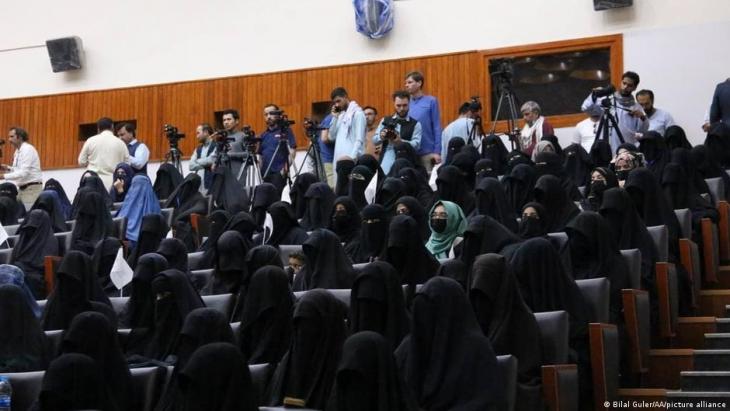 Hopes the dark days will be over soon: Nooria, who teaches at the "underground school", was a student of computer science at the University of Kabul prior to the Taliban takeover of the capital. She confessed that she had wanted to become a computer programmer, but her dream has been shattered now. "It feels like I have a body, but I am not alive"

The United Nations has urged the Taliban to ensure that girls continue to receive education in Afghanistan. But the Taliban don't appear to be listening, and now the risks associated with girls' education are high.

"If the Taliban find out about our 'secret school', they will punish us. But despite this risk, we will not quit," Saleha said.

Shamsia (name changed), a ninth grade student at the underground school, admits there are risks but said she doesn't want to lose her nine years of education. "Yes, I am scared. I try my best to be as secretive about my education as possible," she admitted.

Students at this school pay a small fee to their teacher, but the financial situation of most families in Afghanistan means that even a small sum is a huge burden on them.

Afghanistan's economy is on the brink of collapse, with hunger and poverty growing exponentially in the war-ravaged country. The United Nations has predicted that around 95% of Afghanistan's population could go hungry in few years, and as much as 97% of the population risks falling below the poverty line.

The international community has pledged financial aid to Afghanistan, but most countries are reluctant to deal directly with the Taliban. The U.S. has frozen billions of dollars in aid for Afghanistan in line with international sanctions against the group.

For Nooria, however, money is secondary to her desire to provide girls with education. She said there are many families in Afghanistan who live in extreme poverty but are still committed to educating girls. "I don't take money from poor families. I am doing a service," she said.

Very different Western reactions to the suffering in Ukraine and the Arab world show that there is a profound rift among cultures. Essay by Michael Young END_OF_DOCUMENT_TOKEN_TO_BE_REPLACED

The documentary "Nadia" tells the incredible story of Nadia Nadim, who was forced to flee from the Taliban as a child and became a football star. By Annabelle Steffes-Halmer END_OF_DOCUMENT_TOKEN_TO_BE_REPLACED

Three award-winning female directors appeal to the international film industry to save Afghan cinema. Supporting women filmmakers is more important than ever. By Christine Lehnen END_OF_DOCUMENT_TOKEN_TO_BE_REPLACED

Russia's ranking on the World Press Freedom Index has fallen again over the Kremlin's wartime censorship of the Ukraine conflict. From Myanmar to Mexico, journalists continue to ... END_OF_DOCUMENT_TOKEN_TO_BE_REPLACED

Ideally, those Europeans currently welcoming Ukrainian refugees would show the same sympathy to Syrians, Afghans and others fleeing war beyond the continent. But, argues Ian ... END_OF_DOCUMENT_TOKEN_TO_BE_REPLACED

END_OF_DOCUMENT_TOKEN_TO_BE_REPLACED
Social media
and networks
Subscribe to our
newsletter