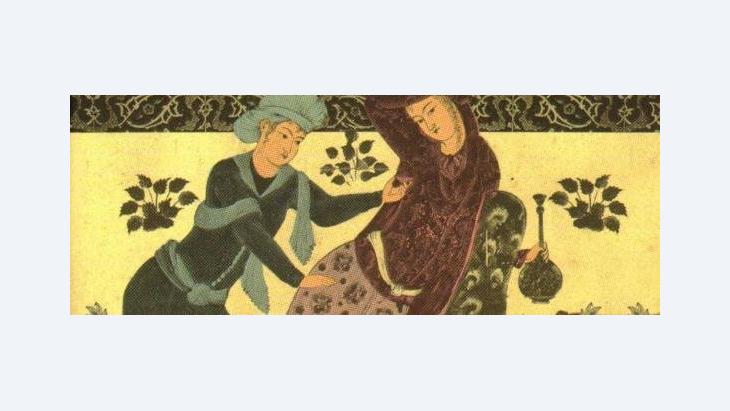 Tariq Ali: ''The Night of the Golden Butterfly''
Shimmering Prose against the Clash of Civilisations

﻿Tariq Ali has written a multi-faceted picaresque novel about Pakistan and the West. In "The Night of the Golden Butterfly", the Pakistani-British intellectual lays bare the cynical bigotries of both the western and the Muslim world, writes Claudia Kramatschek

Since 9/11 at the latest, every fable on the state of our world appears to follow a formula that is as cheap as it is simplifying: The dominant rhetorical model is that of a clash of civilisations, depicting one side as enlightened and therefore per se in the right, and the other as backward and caught up in the constant agony of crisis and terror.

The western media – and if nothing else the journalist and novelist Tariq Ali, who was born in Pakistan in 1943 and emigrated to London in 1963 owing to his political activities, also makes this clear in his new novel – add their own model to the mix, with the result that the word Islam automatically makes people think of bearded extremists.

Back in 1991 during the First Gulf War, Ali was disgusted at what he perceived as the one-sided reporting of western media on the Arab world. His indignation gave rise to the idea of countering the stereotypical and defamatory image of Islam with a differentiated picture of the relationship between Muslim and western-Christian civilisation in the form of an "Islam pentalogy". The first of the five volumes was published in 1993 – and "The Night of the Golden Butterfly" is the last and final part of this large-scale literary project.

Tariq Ali's Pakistani readers must have been pleased, because while the first four volumes are set in the past – either in Moorish Spain during the gruesome reconquista, or the era of the last convulsions of the Ottoman Empire – now Tariq Ali focuses on the recent history of his homeland Pakistan.

The four "cancers" of Pakistan 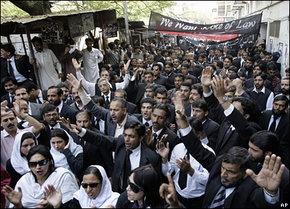 Heavyweight, compact issues: Practically every page of Tariq Ali's novel is permeated with matters of a political nature

​​The novel is narrated by a certain Dara, whom the reader can assume to be the author's alter ego: born and raised in a Lahore that was still a haven for writers and thinkers, Dara was an enthusiastic Marxist as a young man. One of his closest friends was a certain Plato – a famous painter who now contacts him 45 years later to ask a favour: that Dara, who has been living in London for a long time, write Plato's life story.

Dara sets to work writing the book that we see before us, and while the narrator relates the details of Plato's (and his own) life, at the same time the author Ali describes the sad decline of his homeland: hopes for political utopias dashed; wounds such as the trauma of Partition (which Plato also suffered) left to fester; the gradual Islamisation of a nation that was characterised by an astonishing liberality and openness in the 1970s; and finally the all-pervasive corruption of the political classes.

The last painting that Plato will leave behind therefore depicts the four cancers of the Fatherland: the mullahs, the military, the nefarious influence of America, and corruption.

These are heavyweight, compact issues. Practically every page is permeated with matters of a political nature, whether it be military operations against the Taliban in the Swat Valley, or an uprising by Muslim Chinese in the 19th century, the forefathers of the person after whom the novel is named – "Golden Butterfly" – a Chinese woman named Jindié living in Pakistan, to whom Dara lost his heart as a young man and whom he also meets again after a many long years. 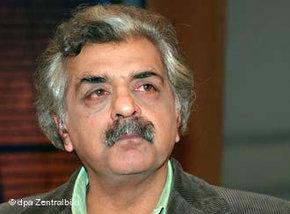 ​​Tariq Ali is a shrewd narrator and packs all this substance into a love story that is as fleet of foot as it is turbulent, spinning to and fro between London, Paris and Karachi. It is a love story with especially vibrant and wilful female characters: Jindié, the afore-mentioned golden butterfly; Zaynab, daughter of a big landowning family who suffers patriarchal subjugation at the hands of her brothers and then rebels with great determination; and Naughty Lateef, who goes to bed with generals in her homeland Pakistan before going to the West and demanding sympathy as the female victim of male repression.

In parts, the novel sounds and reads like a farce. But beneath the elaborate masquerade of this picaresque piece, which is spiked with a whiff of Stendhal and Diderot, Sufi wisdoms and verses by poet rebel Faiz Ahmed Faiz, Ali reveals the cynical bigotries of both the western and the Muslim world:

Pakistan is a country where generals who impede the illicit dealings between secret service agents and the Taliban are unceremoniously put away. In the West on the other hand, the media has been given carte blanche to take pot shots at Islam. Anyone making a closer examination of this work will recognise a few familiar actors on this western battlefield – such as Ayaan Ali Hirsi or Bernard-Henry Lévy. Tender and bitter homage: cover of The Night of the Golden Butterfly

​​There is a huge wealth of material here which some western readers may not be able to fathom in its entirety. One thing will be unambiguous to all: Like Plato's last painting, this novel is also nothing less than a tender and bitter homage to what the novel refers to as an "annihilated civilisation" – to all the idealistic dreams that were associated with this nation and that were themselves destroyed by it. With "The Night of the Golden Butterfly", Tariq Ali recalls these dreams yet again.

Tariq Ali was born in 1943 in Lahore (part of British India at the time, now Pakistan). He emigrated to London at the age of 20, where he studied politics and philosophy and in 1968, became a leader and mastermind of the international student movement. Today he works as a writer, filmmaker and journalist. He has published numerous books on world history and politics, as well as plays, screenplays and novels.

Home
Print
Newsletter
More on this topic
Tariq Ali on the Flood Catastrophe in Pakistan: ''Victims of Corruption and Enemy StereotypesDaniyal Mueenuddin's "In Other Rooms, Other Wonders": The Dictates Of Feudalism
Related Topics
Clash of civilisation, Democracy and civil society, Dialogue of Cultures | Intercultural Dialogue, Islam and the West, Pakistani literature
All Topics

In her latest novel, Catalan-Moroccan writer Najat El Hachmi tells the story of a young migrant woman struggling to balance her desire for freedom and the demands of tradition and ... END_OF_DOCUMENT_TOKEN_TO_BE_REPLACED

Benjamin Idriz, imam of the mosque in Penzberg near Munich, is one of the most prominent representatives of Islam in Germany. He sees his role as building bridges to mainstream ... END_OF_DOCUMENT_TOKEN_TO_BE_REPLACED

Turkish author and journalist Mustafa Akyol is one of the foremost pioneers of an Islam reconciled with modernity. Musa Bagrac spoke with Akyol for Qantara.de about his new book " ... END_OF_DOCUMENT_TOKEN_TO_BE_REPLACED

In view of the catastrophic supply situation in Afghanistan, UN authorities are sounding the alarm. Inflation and growing poverty are exacerbating the situation. The Taliban ... END_OF_DOCUMENT_TOKEN_TO_BE_REPLACED

For Western listeners, the sound of the sitar is perhaps the most cliched musical symbol of India. Sitar player Hindol Deb, who lives in Cologne, Germany, has just released his ... END_OF_DOCUMENT_TOKEN_TO_BE_REPLACED

People these days are seeking orientation in a rapidly changing world. In response, all religions – each unique in their customs and traditions – need to pull together, says Chief ... END_OF_DOCUMENT_TOKEN_TO_BE_REPLACED
Author:
Claudia Kramatschek
Date:
Mail:
Send via mail

END_OF_DOCUMENT_TOKEN_TO_BE_REPLACED
Social media
and networks
Subscribe to our
newsletter