Tariq Ramadan, one of Europe's best-known Muslim intellectuals, has been removed from the University of Rotterdam because he works for an Iranian television channel. Dirk Schümer has the details 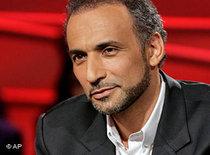 Tariq Ramadan: "The present controversy says far more about the alarming state of politics in the Netherlands than about my person"

​​ Is it acceptable for a European intellectual to work for Iranian television? The controversial social philosopher Tariq Ramadan, an advocate of modernisation of Islam in western society, was attempting to walk this very tightrope.

He had been a visiting professor of "Identity and Citizenship" at Rotterdam's Erasmus University since 2007, also advising the city of Rotterdam on multicultural issues. Alongside, Ramadan presented a talk show filmed in a London studio for Press TV, an English-language channel financed almost entirely by the Iranian regime.

The self-styled bridge-builder will now have to give up one of these activities: both the governing board of the Erasmus University and the city council dismissed him without notice last week, prompting a heated debate.

An example of self-destructive tolerance?

Islam critics the world over tend to stylise Tariq Ramadan, the Swiss-born grandson of Egypt's Hassan al-Banna – founder of the Muslim Brotherhood – as a symbol of the dangers of closet Islamism.

In her book Frère Tariq, the French laicist Caroline Fourest accuses Ramadan of using "doublespeak", preaching a war on western decadence to Muslims and peace to Westerners. In America the "liberal falcon" Paul Berman has interpreted Ian Buruma's benevolent stance on Ramadan as an example of self-destructive tolerance.

On the other hand, Ramadan has been a visiting professor at St Antony's College Oxford since 2005, a hothouse of enlightened internationalism. And Germany's Catholic publishing house Herder-Verlag recently published a glowing popular biography of him.

The tolerance of the Rotterdam elite 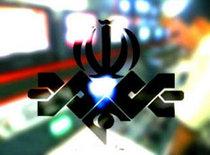 ​​ The Erasmus University has nothing against Ramadan's outside teaching activities. The issue is expressly his indirect contact to a regime that has been violently suppressing "many citizens, predominantly students" since the riots over the recent election, if not before.

Various members of staff have since handed in their notice at Press TV. But as Ramadan intends to carry on presenting his show, his journalism is being interpreted as support for Ahmadinejad's brutal regime.

Ramadan, who has condemned Iran's suppression of the student uprising in no uncertain terms, points out that his programmes are free and open. "Atheists, rabbis, women with and without headscarves" had been able to state their opinions on the show; the Iranian regime has no editorial influence over the content, he insists.

And Ramadan, ironically recalling the Netherland's flourishing trade relations with Iran, stands by his concept of gradual modernisation of Islamic societies.

He implicitly suggests that Ahmadinejad's media people are more tolerant than the arch-liberal Rotterdam elite: "The present controversy says far more about the alarming state of politics in the Netherlands than about my person."

According to the plans of the ruling coalition, Rotterdam of all places, the ethnically mixed city of the murdered Pim Fortuyn, is to become a model of a new form of cohabitation between "allochthonous" and "autochthonous" Dutch inhabitants – non-native and indigenous residents.

The city made the headlines worldwide when it appointed Ahmed Aboutaleb, a Social Democrat of Moroccan origin, as mayor. Yet it was this very move, eyed with suspicion by the right as it was, that has made it impossible for the city to keep Ramadan on its payroll. A Muslim mayor cannot tolerate the slightest suspicion of working with Islamists.

Predictably enough, Geert Wilders' anti-Islamic "Freedom Party" has welcomed the dismissal as overdue, and well-known columnists such as the occasionally rather drastic Afshin Ellian had already set their sights on Ramadan months ago – including over his rejection of homosexuality.

Ellian considers Press TV's core business to be "propaganda against Israel," thus discrediting Ramadan as an agent of salafism – militant orientation to the days of the prophet. 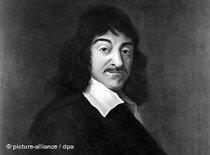 The Netherlands has long enjoyed a reputation for tolerance, once taking in scholars such as the French philosopher, mathematician and scientist René Descartes (1596-1650), escaping persecution in authoritarian Europe

​​ Being fired from a professorship at a Dutch university is no minor matter. The Netherlands has long enjoyed a reputation for tolerance, once taking in scholars such as René Descartes, escaping persecution in authoritarian Europe.

Prior to and during the Enlightenment, Amsterdam with its many printing presses was a safe harbour for controversial ideas, predominantly on religious issues. The Erasmus University sees itself as continuing this tradition of Dutch tolerance.

And was it not in Leiden that the aged and world famous Professor Johan Huizinga preferred to go into German detention than to tolerate the Nazi occupiers' dismissal of his Jewish colleagues seventy years ago?

Reminiscences of this type are very much between the lines of an open letter issued by twenty "shocked" members of staff at Erasmus University, vehemently protesting against Ramadan's dismissal.

The letter points out his good teaching, his "enthusiastic students" and the fact that the board of governors was unable to present any criticism of Ramadan's actual opinions. The dismissal, the letter states, is a violation of academic freedom: "The university must stand by unhindered argumentation."

It would appear that Tariq Ramadan has failed to establish his modernisation project for Islam in the Netherlands, for the time being at least. He is banned from entering the United States (as a friend of Islam) and most Arab states (as an enemy of Islam); nor is he welcome in China, due to his support for the Dalai Lama.

And while Islamic fundamentalists have set their sights on him for his rejection of the death penalty and reinterpreting the Qur'an, he has now been stopped from teaching in a state on the frontlines of multiculturalism – not by hardliners but by the tolerant regime that once invited him.

Ramadan is right: the move testifies to the West's anxiety over dealing with Islam. But it is also a symptom of the undemocratic reality of Islamic states, which inevitably damages all those involved with it.

Debate between Necla Kelek and Tariq Ramadan
Who's Afraid of Euro-Islam?
Europe has long hotly debated the role played by Islam in the public sphere. Two of today's most controversial figures recently faced off in a debate: Turkish-born German sociologist Necla Kelek and Swiss Muslim philosopher Tariq Ramadan. A report from Berlin by Sarah Mersch

Conference with Jürgen Habermas and Tariq Ramadan
No Europe without Muslims
The integration of Europe's Muslims has long since passed from a project to reality, says Tariq Ramadan. At a recent conference, the controversial Islamic theologian met up with the German philosopher Jürgen Habermas. What shape will the future relationship between modern Europe and Islam take? Arno Widmann reports

END_OF_DOCUMENT_TOKEN_TO_BE_REPLACED
Social media
and networks
Subscribe to our
newsletter