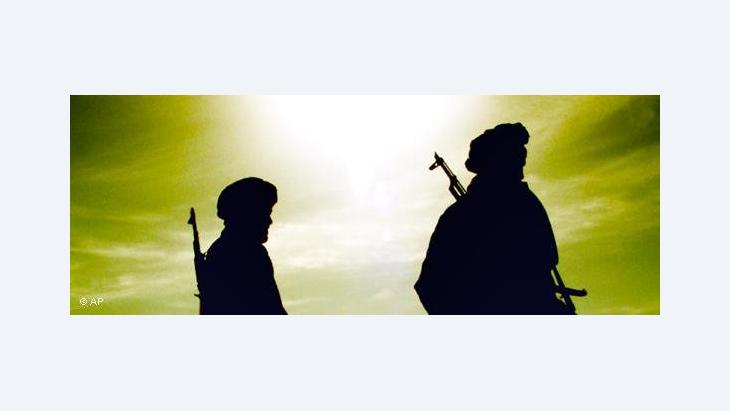 Ten Years of Intervention in Afghanistan

Not As It Should Be

﻿Western intervention in Afghanistan began 10 years ago. There have been some achievements, but they only benefit the few. And the violence continues to escalate. An assessment by Thomas Ruttig

Soraya Sobhrang cannot be accused of membership in the guild of naysayers. The doctor, who almost became Afghanistan's Minister for Women in 2006, cannot allow herself to give up her country.

Since returning after several years of exile during Taliban rule, including three years in Germany, she has involved herself at a high level in the process to rebuild the nation – and in Afghanistan, that means always being in mortal danger. For four years, she served as Deputy Minister for Women's Affairs, before moving to the country's Independent Human Rights Commission (AIHRC).

"The situation has completely changed since the toppling of the Taliban," says Sobhrang, speaking from her office in western Kabul. "We have achieved a great deal, there's no denying it: our constitution, the growth of civil society, the support of the international community, the development of the private sector, the reopening of schools and universities. There are even examples of positive discrimination, to boost the role of women." 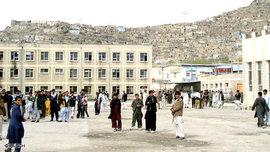 Against all odds, some good news from Afghanistan: Since the fall of the Taliban, many schools and universities have reopened. Pictured: Students at the Lycee 'Khoshal Khan' in Kabul

​​"We have pushed through legislation prohibiting violence against women," Sobhrang goes on to say. "There are officially run women's refuges. Article 22 of the constitution states that men and women are equal before the law. But we're not happy about the fact that although much has improved in comparison to how it used to be, it's still a far cry from how it should be."

Sobhrang's statement is more differentiated than the (German Protestant theologian Margot) Käßmann dictum that there is nothing good to be said about Afghanistan. This differentiation is also what distinguishes her assessment from those of many politicians and diplomats who attempt to convince both themselves and voters that although the 10 years of intervention in Afghanistan have been difficult, they have been a success. This is a way of justifying the West's withdrawal from the region, which has been set for 2014.

Bribes in exchange for schooling

But this kind of report card is superficial: Almost eight million children are now going to school. There is a public health provision for 90 percent of the country. And the media enjoys a freedom unprecedented in the region.

It's true: 2.4 million Afghan girls now go to school, that's 480 times more than when the Taliban were in power. Nevertheless, far fewer girls attend than boys, and according to Oxfam, 22 percent of girls are regarded as "permanently absent" from school. "No one says how many children don't go to school," says Sobhrang. "And how many children actually complete their schooling? Most only stay until fourth grade."

Pupils have to bribe their teachers to pass exams, students have to pay commissions to be accepted for university. Many teachers have to take on a second job because they cannot support their families on the meagre monthly salary of around 120 dollars, and miss lessons as a result. A performance-related payment system wasn't introduced until late 2009 – with the potential to earn up to 428 dollars a month. 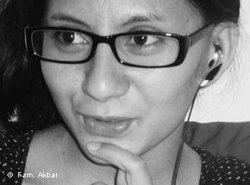 ​​Half of Afghanistan's 12,000 schools don't even have a building to call their own. Just as before, village schools are often housed in provisional tents – or classes are simply held under a tree.

Learning by rote is the rule, with no place in the curriculum for critical discussion. A good education can only be bought – from private schools and the American University in Kabul, which pays high salaries and poaches the best teachers from state universities.

"Education is still just something for privileged Afghans," is how young women's activist Noorjahan Akbar sums up the situation in her blog.

Lack of a clearly defined enemy

After school or university, young people are faced with a lack of job possibilities. Money or connections carry more weight than qualifications. For state bureaucrats, who have often come by their positions brandishing a Kalashnikov and legitimise their right to a job by claiming a role in the anti-Taliban campaign, well-educated graduates represent a dangerous threat. Circumstances were similar in the Arab nations that were the scene of recent uprisings.

But another similar development still impedes progress in Afghanistan, and that is the lack of a clearly-defined enemy. Karzai is not Mubarak, and the warlords are sometimes for him, and sometimes against him.

Last but not least, the military escalation triggered by Obama's troop increases of early 2009 buried any further progress. Many families have abandoned the idea of sending their children on the long trip to school, or their women on the long road to the clinic. And most clinics lack medication and enough staff willing to put themselves in the crossfire between the Taliban and US soldiers.

And as far as media freedom is concerned: the harassment of journalists and reprisals against them are the order of the day. Warlords who have ascended the ranks to ministerial posts despatch their thugs to the houses of reporters if they name names, or put them on trial for alleged "blasphemy". This is a charge that carries the death penalty, and there are few defence options for the person in the dock. This has resulted in extensive political taboo zones and self-censorship. Under Karzai's rule, the mullahs have again become the highest authority.

Extensive political taboo zones and self-censorship: Despite laws that guarantee freedom of the press, the harassment of journalists and reprisals against them are the order of the day in Afghanistan. Pictured: a newspaper stand in Kabul

One exception is the many phone-in programmes, when Afghans from across the country speak plainly under the protection of anonymity. But more and more newspapers, television broadcasters and radio stations are now owned by warlords who finance them through illegal grants from friendly neighbouring nations or the drugs trade. The channels are used to exclusively broadcast the party line, leaving independent media to struggle for financial survival.

So Soraya Sobhrang spells out what all the Obamas, Ban Ki Moons and Westerwelles don't say, although they know it to be true: The new, improved laws aimed at guaranteeing progress since 2001, "are often only on paper".

Many of the original goals of the Afghanistan intervention have also not been realised. There is no peace, in fact violence has escalated. The fight against Al-Qaeda has bolstered support for the Taliban, and it took almost ten years to find bin Laden.

Of the billions in international aid that pours into the country, most of it trickles away down corrupt channels or flows back to "donor" countries. Afghanistan's quite considerable economic growth has primarily benefited those who gain from corruption, people who with their positions in government, business and armed groups now form a veritable oligarchy that is dangerous because it is unsure of itself. 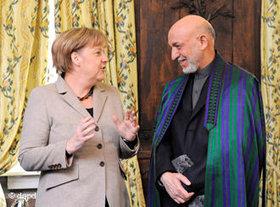 ​​The separation of powers is only on paper. And meanwhile, the social chasm deepens. Living conditions for many – in the provinces and on the outskirts of towns and cities – continue to border on the unacceptable.

Afghanistan's national institutions are both politically and fiscally anything but sustainable, and generally don't give a hoot about the average citizen. It has principally been Karzai who has for a long time deliberately blocked measures that could help to overcome some of these problems.

Norwegian analyst Astri Suhrke says that once ISAF has pulled out in 2014, Afghanistan will consist of: "weak institutions and a whole bunch of armed men". And, one must add, a disaffected youth.

Almost two-thirds of all Afghans are younger than 25. They oscillate socially between Internet affinity, Indian soap operas and conservative-Islamic, anti-western emotions. This trend is fanned by Karzai's increasingly anti-western populism, as well as the mullahs and warlords around him who have learned to hold the West alone responsible for all mistakes. However, without the West's misguided policy on Afghanistan, one which is heading for total failure, as well as a lack of willingness to draw consequences from the errors, they would have had far fewer arguments at their disposal.

In view of these portents, Karzai's claim at the Munich Security Conference earlier this year that Afghanistan will "be a functioning state" in 2015, and the cynically-demonstrative applause of the West in response to this claim, are nothing short of scandalous.

Thomas Ruttig is Co-Director of the Afghan Analysts Network (AAN) in Kabul.

Home
Print
Newsletter
More on this topic
Noorjahan Akbar on Women's Rights in Afghanistan: ''Women Are Nobodies''Ten Years after the Start of the War in Afghanistan: The Spirits They Invoked
Related Topics
Al-Qaida, Democracy and civil society, Human rights, International terrorism, Taliban, U.S. policy in the Middle East, Women in the Islamic world
All Topics

Germany's foreign policy is explicitly values-based. But what happens, Ralf Bosen asks, when democracy, the rule of law and human rights collide with the logic of trade and ... END_OF_DOCUMENT_TOKEN_TO_BE_REPLACED

No other Western poet was arguably so well-versed in the Koran or so fascinated by Islam as Germany's national hero, Goethe. In a new publication that examines all Goethe's ... END_OF_DOCUMENT_TOKEN_TO_BE_REPLACED

A deluge of books, movies, series and cover stories: ever since the events of 9/11, the West has seemed almost manically preoccupied with Islam. Yet this has rarely led to deeper ... END_OF_DOCUMENT_TOKEN_TO_BE_REPLACED

Twenty years after 9/11, the world is faced with the dual challenge of Islamophobia and anti-Westernism. Ahmet Kuru argues that Muslims in the West, well versed in both Western ... END_OF_DOCUMENT_TOKEN_TO_BE_REPLACED

Two decades after the attacks of 11 September 2001, the West faces the shattered debris of its failure – not only in Afghanistan, but also in Iraq, Syria, Libya and Yemen. What ... END_OF_DOCUMENT_TOKEN_TO_BE_REPLACED

Twenty years after 9/11, the United States is recalibrating its war policy. However, its assertions that the era of endless wars is over are a myth, writes Maha Hilal END_OF_DOCUMENT_TOKEN_TO_BE_REPLACED
Author:
Thomas Ruttig
Date:
Mail:
Send via mail

END_OF_DOCUMENT_TOKEN_TO_BE_REPLACED
Social media
and networks
Subscribe to our
newsletter