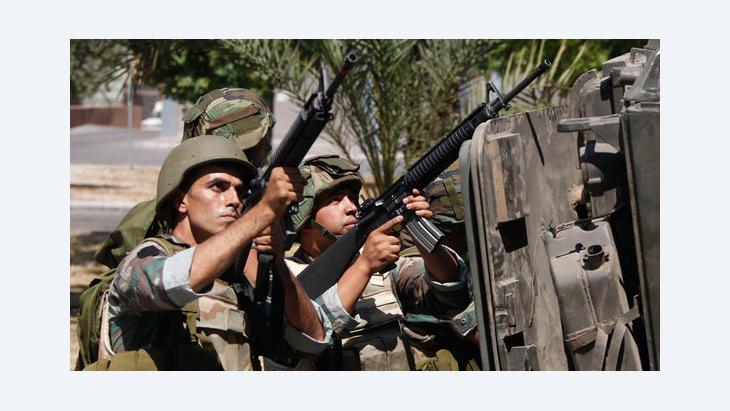 Tension between Sunnis and Shiites in Lebanon

The effects of the war in Syria are being felt in Lebanon. Violent confrontations are flaring up between the Sunnis and the Shiites in a country in which several religious groups have to coexist. And there is no reason to assume that the situation will improve. Mona Naggar reports from Beirut

﻿As the Lebanese army was fighting the radical Sunni leader Sheikh Ahmad al-Assir in the town of Saida in the south of the country last weekend, there were tanks on the streets of Beirut as well. The army was making its presence felt in those areas of the capital which they feared might turn violent – on the new lines of demarcation between Sunnis and Shiites.

These new frontiers are not the legacy of the long Lebanese civil war but the result of the political developments of the last decade. They were already there before the emergence of the populist Sheikh Assir, and before the outbreak of the Syrian civil war. When Hezbollah occupied parts of Beirut in May 2008, there was fighting in these parts of town.

Political causes of the conflict

If you ask the people living in these areas about the tensions between the Shiites and the Sunnis, they'll give you political reasons for the conflict. 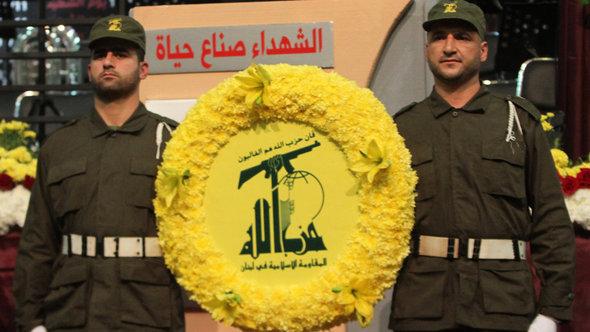 Military backing for the Assad regime: last month, the Lebanese Shiite Hezbollah militia fought in Syria on the side of the Syrian government. They supported Assad's troops in the border town of Qusseir and were a major factor in the government's victory over the rebels

​​Eighteen-year-old Ibrahim al-Masri from Tarik al-Jadida, a largely Sunni district, says that the power of the Shiites in the state has been growing steadily over the last few years. He says the Shiites are in control of the state and that this has led to vexation among the Sunnis: "In our district there are sometimes problems between supporters of the Sunni Future Movement and the Shiite Hezbollah. They don't accept each other."

Huge posters of Hassan Nasrallah, Secretary General of Hezbollah, and the yellow banners of the movement hang in Khandaq al-Ghamiq, a mainly Shiite district in the centre of the capital. This is where 53-year-old Husain Fayyad has a small supermarket.

For him, the reasons behind the recent clashes between the religious groups are obvious: "What's happening now is a conspiracy by the Americans and the Israelis against Hezbollah. Saudi Arabia and Qatar are also involved."

The clashes between Shiites and Sunnis – whether in Beirut, in the villages of the Beqaa valley in the East or in Tripoli in the North – are not the result of religious disputes or different religious positions. The conflict is rather a reflection of the Lebanese political party system, with its power struggles and its regional alliances. 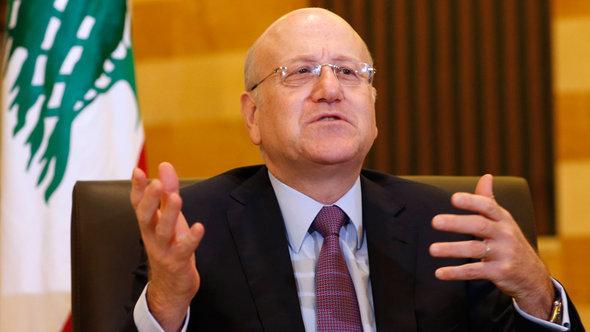 Permanent state of political crisis: The government, which was supported by the pro-Syrian Shiite Hezbollah, collapsed at the end of March when the prime minister, Najib Mikati, resigned on account of the growing division in the country over the increasingly brutal civil war in Syria

​​The country's political system, which is characterised by religious identity politics, only strengthens the division of the country among the religious communities.

Hezbollah has a huge supply of weapons and is the strongest political and military power in the state. Together with the Amal movement, it represents the majority of the country's Shiites and is backed by Syria and Iran. Hezbollah openly backs the Syrian president, Bashar al-Assad, and has sent fighters to support him.

On the other side, the Future Movement, led by Saad al-Hariri, represents the interests of the majority of the Sunnis and is seen as an ally of Saudi Arabia. The Future Movement is close to the Syrian opposition.

The end of neutrality

Radical Sunni groups, like that of Sheikh Ahmad al-Assir, who are a minority among the Lebanese Sunnis, are calling for Lebanese to take up arms in the fight against the Syrian regime. When the Syrian crisis began, the Lebanese government adopted a policy of non-interference. But since the resignation of Lebanese prime minister Najib Mikati in March, nobody is talking about non-interference anymore.

Mohammed Sammak, a 77-year-old Sunni, has years of experience of dialogue between Islam and Christianity, as well as between the Muslim groups. He describes the tension between the Muslim communities in Lebanon as political fanaticism which he sees as a reflection of the wider situation in the region: "If there were to be a meeting tomorrow between the newly elected Iranian president and Saudi Arabia and the other Gulf states, we would immediately see a relaxation of the tension here in Lebanon." 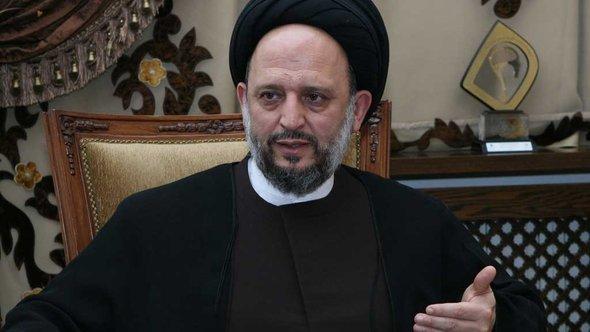 Aiming at reconciliation: Ali Fadlallah understands his role as a teacher of religion as being to reduce tension between people. He wants to see the politics of Lebanon and Syria clearly separated

​​The Shiite theologian Ali Fadlallah takes a similar position. He says that the religious aspect of the conflict between Shiites and Sunnis is only a sideshow, a reliable way of heating up emotions.

The 54-year-old Fadlallah, who is known well beyond the borders of Lebanon, sees his role as a teacher of religion as being to reduce the tension between people and not to pour oil on the fire. He wants to see the politics of Lebanon and Syria clearly separated: "We need to concentrate on our own political issues. I think the most important thing here is to form a new government, which hasn't happened yet."

Every Friday, Ali Fadlallah preaches in the Hassanain mosque in Harat Hreik in South Beirut. The city's southern suburbs are mainly Shiite and many people here sympathise with Hezbollah. When the Syrian border town Qusseir was taken by the Syrian army, people fired in the air in celebration and distributed sweets on the street.

Young men from these districts join the fighting in Syria. Fadlallah preaches about tolerance, forgiveness and responsible action. He doesn't seem very optimistic about the future of his country. He meets people from all sides and from all the factions in government, "but the crisis is greater than anything we can do."

Mohammed Sammak also has no illusions. He's self-critical as to what religious leaders like himself are achieving, and says that it's not enough: "If it were enough, we would now be in a better situation. But, after all, we can only use words; we can only appeal to people's understanding."

The war in Syria is the dominant theme in the minds of people in Lebanon. As long as those who are directly involved in the conflict are not working towards a solution, the tension between Shiites and Sunnis in Lebanon will continue, and, depending on the situation across the border, could even escalate further.

Musicians from Morocco to Iraq have been crossing paths at the Oriental Summer Academy in south-western Germany for ten years. Matthias Wagner, who founded and directed the ... END_OF_DOCUMENT_TOKEN_TO_BE_REPLACED

The Human Rights Film Festival Berlin has been held for the third time in 2020 under the patronage of Nadia Murad. In just a short time, this festival, which was initiated by the ... END_OF_DOCUMENT_TOKEN_TO_BE_REPLACED

The rise of liberation movements in the Arab World during the 20th century brought with them an array of complimentary works from the creative sector. Sultan Sooud Al Qassemi ... END_OF_DOCUMENT_TOKEN_TO_BE_REPLACED

Ronya Othmann's novel "Die Sommer" (The Summers) tells the story of Leyla – the daughter of a German and a Yazidi Kurd – who visits her grandparents' Yazidi village in northern ... END_OF_DOCUMENT_TOKEN_TO_BE_REPLACED

In the first case of its kind anywhere in the world, a German court is probing Syria's state torture system. Giving testimony at the trial is one of Syria's most widely respected ... END_OF_DOCUMENT_TOKEN_TO_BE_REPLACED

Political scientist Hugo Micheron on the origins of Islamist terrorism in France, his conversations with jihadists – and on the trial now beginning against the perpetrators of the ... END_OF_DOCUMENT_TOKEN_TO_BE_REPLACED
Author:
Mona Naggar
Date:
Mail:
Send via mail

END_OF_DOCUMENT_TOKEN_TO_BE_REPLACED
Social media
and networks
Subscribe to our
newsletter