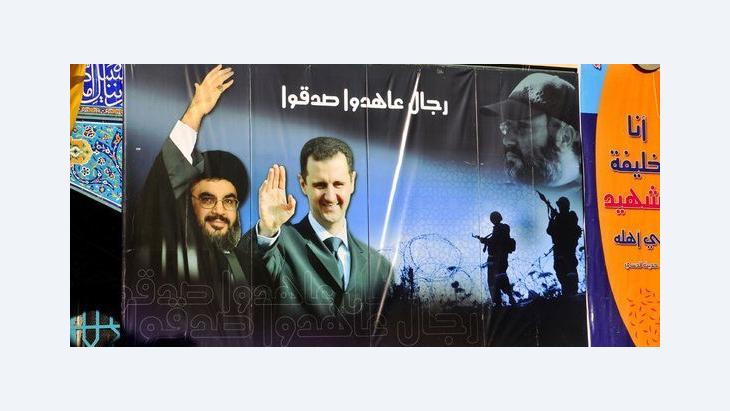 Tension in Lebanon
In the Shadow of the Syrian Revolution

The violence that has been raging in Syria for over a year now is increasingly fanning the flames of religious and political tension in neighbouring Lebanon, where armed clashes have broken out in recent weeks. Sabina Casagrande spoke to Rouzbeh Parsi of the European Union Institute for Security Studies in Paris about the origins of the conflict

Sectarian violence between Sunnis and Alawites, who support Syria's President Bashar Assad, has spread from the northern Lebanese city of Tripoli to the capital Beirut, sparking concern that the conflict in neighbouring Syria has spilled over into Lebanon. How are the two conflicts related?

Rouzbeh Parsi: You have to remember that although we've had almost 100 years of separation between Syria and Lebanon, they both in a sense belong to the same entity. The connections between these two states and societies are manifold. This means that whatever happens in one country tends to have repercussions on the other.

In the case of Syria, because of its relative strength vis-à-vis Lebanon, it has always been the case that the Syrian government, particularly under Assad – his father more than him, but he as well – has tried to influence and be the primary mover of politics in Lebanon. You can see that from the way the Syrians – just like everyone else – meddled in Lebanon during the civil war.

They were there for almost 30 years during the Syrian occupation of Lebanon.

Parsi: Yes that's right. The thing about Lebanon is that it has what you could call "structural fault lines" that have been there from the very beginning and that no one has really dared or ﻿really been able to deal with. To put it in simple terms: they have a constitution from the 1920s that is "confessional", which means that they divide up the political system according to which religious or ethnic group you belong to. The division is based on a census made in the early 1930s. Since then, there has been no official census in Lebanon. 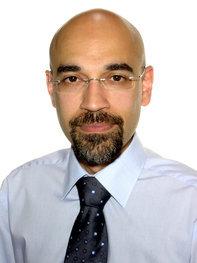 According to Rouzbeh Parsi of the EU Institute for Security Studies, Lebanon still has "structural fault lines" that have become even more entrenched as a result of the constitution of 1926

You say there's been a little bit of fixing here and there, but no one has gotten to the root of the matter. Are you saying that the cause of the problem is that the whole constitutional system needs to be overhauled because it is so antiquated?

Parsi: It is the same problem as in Iraq, although it is much fresher there. You have a country that is divided more along almost tribal or other kinds of lines. It's not the thing that we think of in a democracy, that everyone is their own individual. Think: this is the 1930s. So what you do is you're hoping for the moment to be able to get everyone to get along by using their group identities as a way of dividing the spoils of the state so that everyone gets a bit.

What was perhaps a temporary solution back then gets cemented. Instead of temporarily giving everyone something according to their ethnic group and then slowly making them all citizens who are supposed to make their decisions on the basis of some other idea of politics than kinship, it cements the situation because you now know that what you can get is dependent on which ethnic group you belong to.

And this of course causes tension between the various sectarian parties.

Parsi: I'm not trying to say that everything flares up just because of this deficiency in trying to do something. I'm just saying that this is an underlying problem and it's a potential fissure that can be used. This is a country where different parts of the cities belong to different ethnic or religious groups. Because you have an army that no one really trusts and that has not been able to enforce its authority throughout the country – precisely because it broke down during the civil war and everyone went along kinship lines – everyone still has ideas about having their own militia to make sure they survive.

So sectarian tension has always been a part of Lebanon's history, and the country appears to be a powder keg waiting to explode. Is the conflict in Syria the spark that will set it alight?

Parsi: I think that would be going too far. I think there have been positive developments in Lebanon. The problem is that Lebanon is not isolated from its surroundings. It's not as if once they all finally decide to really patch things up and try and redo things – which they haven't agreed to do – but if they were to do that, everyone else would leave them alone. That's the problem with countries like Lebanon.

If you take the 1980s, for example, you can see that Iraq and Syria – because of their enmity and because of Syria's alliance with Iran – would play out some of that enmity in Lebanon. But since they didn't want to start a war with each other formally, with their own standing armies, they played it out using different groups in Lebanon. In the long run, of course, it just means that a country gets more screwed up.

What's happening now is that the conflict in Syria is spilling over, both in terms of the fact that the border is porous and there are different groups in Lebanon cheering for different sides in Syria and the fact that the Syrian government wants to give the impression that it is the only one that can guarantee normality and stability in the region. So in that sense it works to their advantage that everyone is starting to worry about Lebanon. 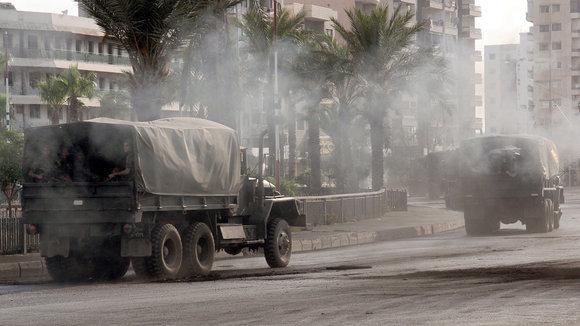 Is the Syria conflict spilling over into Lebanon? At least seven people were killed and a further 30 injured in clashes between Lebanese supporters and opponents of the Syrian president, Bashar al-Assad, in the Lebanese port city of Tripoli

Parsi: From what I've seen and read, I think they're trying not to give the impression that they're either meddling or even interested in getting involved.

What role is Hezbollah playing here? Its leader, Sheik Hassan Nasrallah, did call for calm in Lebanon in a televised address earlier this week, but Hezbollah is, after all, the most powerful force in Lebanon, at least on a military level.

Parsi: Absolutely, and I think not just on a military level, but also in terms of organisational structure in general. It would probably beat everyone else, including the state, when it comes to social services and whatnot. In a sense, if you were to just remove all the labels and ask who could actually function as a state, control and run the state more or less efficiently, it would be them.

They are trying to lay low simply because this is not the fight they want to get involved in – neither the one inside Lebanon, nor the general discussion about Syria. Because on the one hand, they are closely linked to the Syrian government, and at the same time, part of their ideology and rhetoric is about the fact that they are supposed to be defenders of the repressed. So that doesn't really work because the people that are being repressed are the Syrians who are against the government that they are allied to.

They've tried to hedge their bets a bit, not going all out for the Syrian government and at the same time not blanket condemning everyone else.﻿ 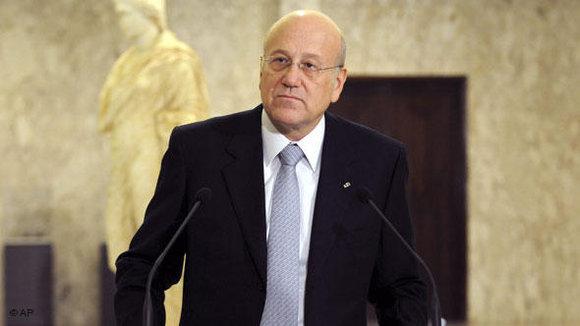 Under pressure and caught between the warring factions: after the clashes in Tripoli, Lebanon’s prime minister, Najib Mikati, instructed the army to prevent a further escalation of hostilities

So where do you see this heading? Russia's foreign minister Sergei Lavrov warned on Wednesday that there was a tangible threat of the Syrian uprising spilling over to Lebanon. Do you think there is a risk of this blowing up into a civil war in Lebanon?

Parsi: I would hope and I would not think that is that probable. I think if someone wants it to go in that direction, they have material to play with. But to take it from that low configuration on a local level between two parts of a city, like in northern Lebanon, to make it into an all-out civil war-like situation, that requires some conscious work on someone's part and everyone else is dragged along or plays along. But we're not there yet.

With respect to the current situation in Lebanon, what implications do you see for regional stability, or rather instability?

Parsi: The US assistant secretary of state for Near Eastern affairs, Jeffrey Feltman, was recently in Lebanon at the same time as the Iranian first vice-president. Both are playing the same game. The Iranians are supportive of the present government – because it's dominated by Hezbollah and its allies – and are promising contracts in energy and so on. The Americans are doing the same, but under the precondition that Hezbollah and the others stay out of it.

So everyone has a horse that they are betting on in the Lebanese context. I don't think any one of them wants this to escalate. So they're not in it for that. But they are part of the game of politics in Lebanon.

If what's happening in northern Lebanon really spreads to Beirut, then the risk of Hezbollah being dragged into it is much larger.

Rouzbeh Parsi is a research fellow at the European Union Institute for Security Studies in Paris, where he focuses on Iran, Iraq and the Persian Gulf.

Food prices doubled, salaries halved, banks restricting withdrawals: Egyptians now have the same problems as the Lebanese. But if things get worse here, the fallout will be far ... END_OF_DOCUMENT_TOKEN_TO_BE_REPLACED

Lebanon was long viewed as the Switzerland of the Middle East. Until relatively recently, billions were deposited in its banks. Gulf states were among the foremost investors in ... END_OF_DOCUMENT_TOKEN_TO_BE_REPLACED

November 2022 sees the Arab world firmly in the spotlight with the COP27 in Egypt and the FIFA World Cup in Qatar. Public trust in MENA governments is weak, thanks to their ... END_OF_DOCUMENT_TOKEN_TO_BE_REPLACED

"You are not my guide... I am the compass. Iranian women have spoken, freed themselves, and unleashed a revolution despite smelling death. They have cut their braids in anger; ... END_OF_DOCUMENT_TOKEN_TO_BE_REPLACED

In “The Wrong End of the Telescope”, Rabih Alameddine draws us away from the headlines and into the personal story of one individual. Mina is complex, compelling and very real. By ... END_OF_DOCUMENT_TOKEN_TO_BE_REPLACED
Author:
Sabina Casagrande
Date:
Mail:
Send via mail

END_OF_DOCUMENT_TOKEN_TO_BE_REPLACED
Social media
and networks
Subscribe to our
newsletter