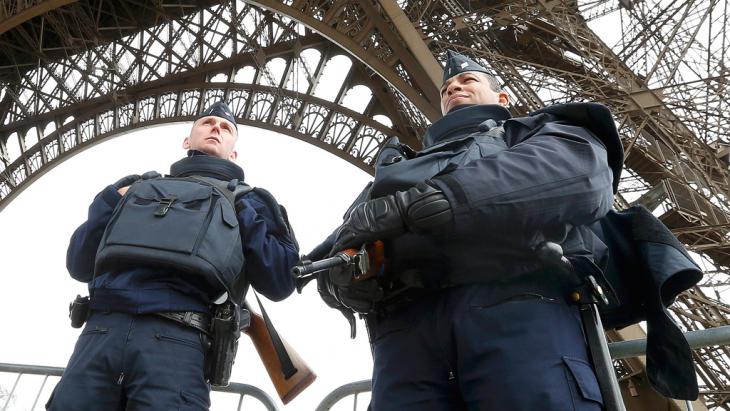 Terrorism debate
"Imagine there's a war and nobody notices"

Against the backdrop of the latest terrorist attacks in Paris, some think we should carry on enjoying our Western lifestyle and ignore the possibility of war. What an illusion! A contribution to the debate by Stefan Weidner

"The people sleep; only when they die do they wake up," is a well-known saying by Ali Ibn Abi Talib, son-in-law of the Prophet and the fourth Caliph of Islam. Popular among the Sufis, the Islamic mystics, this quote is part of an intellectual echo-chamber that dates back to pre-Islamic times, one in which the suicide bombers of Paris also operated: life is ultimately worth nothing, all that matters is salvation in the hereafter. Admittedly, those who do not believe in life after death might be inclined after the terrorism in Paris to view Ali's aphorism a bit differently: how many more murders will it take to rouse Europe?

Europe has slumbered deeply for a long, long time. Incredibly long. Like a faint noise in the background that is of little concern to us, we have incorporated the two or three hundred thousand Syrian war casualties into our dream of almost boundless freedom, of prosperity and growth. Even the still-surviving envoys of the dead, the refugees, have not been able to shake us awake. We even believed we could "integrate" them in our sleep.

And since they didn′t succeed, what chance did the one hundred dead in Ankara have, who stood just as the Parisians do for freedom, European values and an open society? Not to mention the over two hundred Russian tourists or the thirty-five victims in a district of Beirut controlled by Hezbollah. Certainly, having being shaken awake by the attacks against Charlie Hebdo, we expressed outrage at the disturbance; but then we pressed the snooze button again, as if we didn't know full well that the alarm would go off again at ever-shorter intervals. The Europeans are asleep. And even when they die, they don't wake up.

The war that people are now suddenly daring to talk about has been raging for a long time. But things have unfolded just as the peace movement of the seventies and eighties, which I too once embraced, always imagined: "Imagine there's a war and nobody shows up." 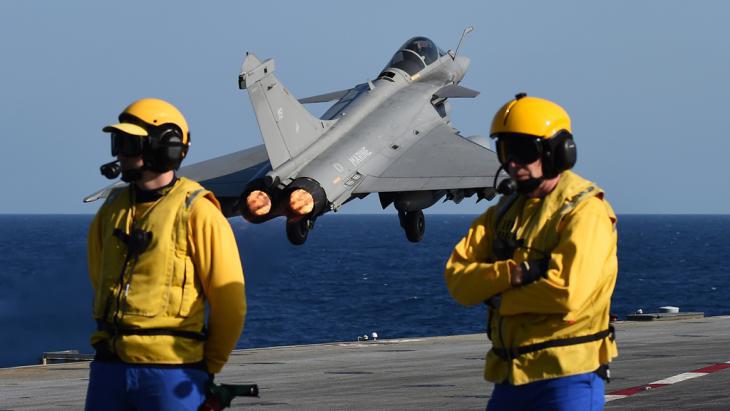 "War doesn't automatically mean ground troops, ennobling the IS with the status of an ordinary warring party and the like, which rightfully almost nobody wants to do. It does, however, mean breaking with the prevailing austerity policy in Europe and admitting, whether we like it or not, that the wars in the Middle East are also our wars", writes Weidner

If the European public had kept up with the events that have been taking place for nearly five years in our neighbourhoods and on our borders, we would now be better equipped intellectually and would possess the requisite maturity to respond wisely.

If we had taken globalisation, which we all thought had long since been internalised and understood, more seriously (the surmounting of borders, the dissolving of space and time through the new communication media) – it would be harder for us now to act as though Aleppo were located on a different planet, as though the massacre in Ankara, shrugged off by Erdogan as a trifle, were not in fact an assault on European values and those that are in the meantime being defended in Turkey at the price of further lives, as though it was probably more than just coincidence that the bomb at Sharm El Sheikh was smuggled onto a Russian and not a Western passenger jet.

And by the same token, it still doesn't matter to us today – after Paris! – if fighter planes flown by Pakistanis, built in the West, equipped with weapons from Western arms manufacturers, find their targets using American satellite images and – dispatched by Saudi Arabia – bomb Yemen from the Middle Ages back into the Stone Age. People are probably merely relieved that the Yemenis are too poor to pay the traffickers who could bring them to Europe. As a result, they generally only make it as far as Ethiopia or Sudan, or at most, if they're lucky, to Israel, only to be mistaken by Israelis for Palestinian knife wielders and suffer a lynching. All of this has happened and will continue to happen.

Except, in which case, one can't help wondering why those who claim to be speaking on behalf of the Paris victims feel the need to emphasise so fervently that the murdered just wanted to have a little fun, enjoy life a bit. It′s as if they were calling out to those in the hereafter, telling them they were murdered in their sleep.

Just so there is no misunderstanding: it wasn′t a way of life that was allegedly attacked; it’s not the fun, the partying that is the problem. Nor is the problem the use of the quite exclusive "we", which claims an entitlement to a certain way of life and which probably understands the concept of "freedom" far better than that of "equality" or "brotherhood". The problem is rather this incredulous wonder, the inability to recognise that we, who only want to enjoy life in the here and now, also live in this world and that it has become a unified world, indivisible, without borders, globalised – unfortunately – in terms of violence, oppression and persecution as well. 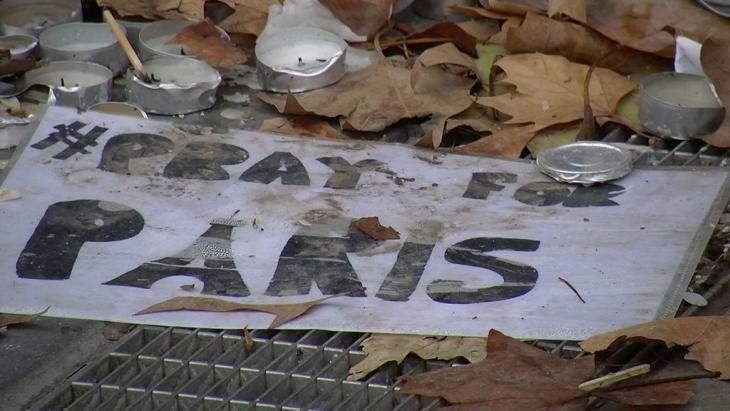 Stefan Weidner: "One can't help wondering why those who claim to be speaking on behalf of the Paris victims feel the need to emphasise so fervently that the murdered just wanted to have a little fun, enjoy life a bit. It′s as if they were calling out to those in the hereafter, telling them they were murdered in their sleep"

One would have thought and hoped that the interpreters of our present might have possessed this knowledge, or at least an inkling of it. Indeed, it is difficult in the face of such voluntary ignorance not to speak of an infantilisation of our public or, to be fair, our image of this public. Yet so many politicians, media channels and commentators still take the line that sooner or later the status quo will be more or less restored. Last week in the Suddeutsche Zeitung, for instance, Herfried Munkler, who knows something about wars, even praised the rapid forgetting as an attitude of "heroic serenity". The people are sleeping. And when they die, they still don't wake up.

But why not? Only to manic depressives does waking up necessarily seem to be a loss. Everyone else, one imagines, appreciates the higher reality content, the heightened awareness that comes with awakening. And nothing about it means losing a way of life, no matter of what sort. Even during the Blitz there will be parties – to borrow the title of Elias Canetti's book of notes from London during the German bombing raids of the Second World War. Nor is there any need to cancel all events every time the intelligence services warn of danger, because this risk is recognised and acknowledged as being a constant.

What is no longer tenable however – and what has anyway only existed since 11 September 2001 with the help of substantial autosuggestion – is this sense of self-sufficiency, of being able to keep ourselves out of it all, the idea of normality and business as usual. It′s a feeling that the Germans in particular had become accustomed to; and then there′s Eastern Europe, which, having not yet put Russian occupation and the constant state of emergency far enough behind it, believes it has earned this feeling – and is therefore defiantly pulling down the shutters at the expense of the refugees.

War doesn't automatically mean ground troops, ennobling the IS with the status of an ordinary warring party and the like, which rightfully almost nobody wants to do. It does, however, mean breaking with the prevailing austerity policy in Europe and admitting, whether we like it or not, that the wars in the Middle East are also our wars.

This admission of being at war would thus merely be the basic prerequisite for considering how best to deploy the resources that would become available as a result and to stop thinking in terms of counter-terrorism, which is not only impotent, but also ends up restricting the very thing it claims to protect: our freedom.

Home
Print
Newsletter
More on this topic
After the Paris attacks: The emotional helplessness of MuslimsInterview with the Islam expert Olivier Roy: European Islam: destined to be ignoredThe Paris attacks and Arab responsibility: Are we accomplices?
Related Topics
'Islamic State' | IS, Charlie Hebdo, Globalisation, International terrorism, Islam and the West, Muslims in the West
All Topics

Dalia Hatuqa is an experienced journalist who has reported on the Israeli-Palestinian conflict from Ramallah, Washington DC and Amman. A writer for Time Magazine, Foreign Affairs ... END_OF_DOCUMENT_TOKEN_TO_BE_REPLACED

Since President Abdul Fattah al-Sisi seized power in Egypt in 2013, he has ruled the country with an iron fist. Civil society, opposition and free press struggle to survive. Tens ... END_OF_DOCUMENT_TOKEN_TO_BE_REPLACED

Very different Western reactions to the suffering in Ukraine and the Arab world show that there is a profound rift among cultures. Essay by Michael Young END_OF_DOCUMENT_TOKEN_TO_BE_REPLACED

Many Turks are dissatisfied with the international status of their country. At the same time, opinion polls reveal great scepticism among the Turkish population towards the USA. ... END_OF_DOCUMENT_TOKEN_TO_BE_REPLACED

Since Spain abandoned its traditional neutrality towards the conflict in Western Sahara, Morocco has announced a "new phase" in relations between the two countries. But what is ... END_OF_DOCUMENT_TOKEN_TO_BE_REPLACED
Author:
Stefan Weidner
Date:
Mail:
Send via mail

END_OF_DOCUMENT_TOKEN_TO_BE_REPLACED
Social media
and networks
Subscribe to our
newsletter