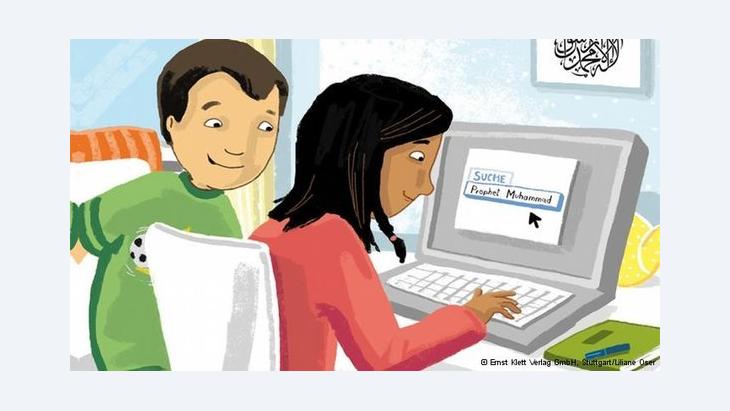 Textbook on Islam for German Schools

Conflicts between Tradition and Modernity

﻿The German state of North Rhine-Westphalia is introducing a schoolbook that introduces pupils to Islam. But is the teacher in it going to wear a headscarf or not, and is correct to use the Arabic term "Allah" for God? Ulrike Hummel reports

﻿Students heading back to school on Thursday (23.08.2012) may soon have a new textbook: "Miteinander auf dem Weg" (On the Way Together). The book's publisher claims it is the first textbook of its kind on the topic, presenting both facts and cultural norms and values. But Islam expert Michael Kiefer calls that marketing hype.

"We already have quite a few textbooks that look at Islam from an insider's perspective," Kiefer said, adding that what's new in "Miteinander auf dem Weg" is its detailed drawings and illustrations.

Settling on an interpretation 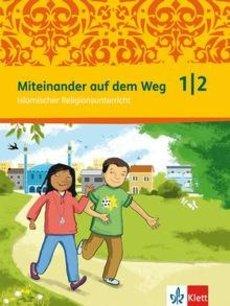 Too much emphasis on the perspective of immigration? "Miteinander auf dem Weg" introduces German pupils to Islam

​​In textbooks for first and second graders whose reading skills will be very limited, incorporating strong visual elements is key, Kiefer said. The new publication offers colorful, approachable images in which protagonists Sarah and Bilal lead pupils through a slice of daily life that they can understand. Kiefer considers the inter-religious segment of the book especially well executed.

"It's done very well because the kids can also pick up sound information about Judaism and Christianity there," Kiefer said.

The characters Sarah and Bilal are presented as the children of parents who immigrated to Germany. Sarah's parents are from Saudi Arabia, and Bilal's are from Turkey.

"I would have preferred for Islam to be shown with less of an emphasis on the perspective of immigration. After all, many Muslims living in Germany were born here and may even be fourth-generation German citizens," Kiefer noted.

An author that does not just want to convey facts but also norms and values has to decide how much of the focus should be on traditional versus more modern interpretations of the Koran. "Our intention was to create a textbook about Islam that can be supported by everyone," said publisher and author Mouhanad Khorchide. He noted that many in Germany's Muslim community hoped to see traditional Islam presented in the book. 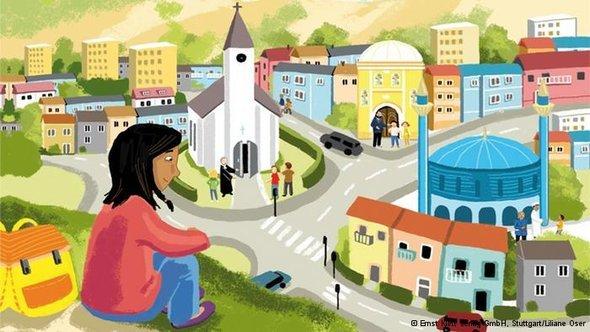 Condemned to please: Along with six additional authors, including members of Germany's largest Islamic associations, Mouhanad Khorchide tried to incorporate the wishes of scholars, community groups, parents and students

​​Along with six additional authors, including members of Germany's four largest Islamic associations, Khorchide tried to incorporate the wishes of scholars, community groups, parents and students. The many tensions between traditionalism and modernity made compromises necessary, including in the depictions of Sarah, Bilal and other students in the book.

"The Muslim community would like to see the teacher wear a headscarf. But that is forbidden in Germany," Khorchide noted. The authors skirted the issue by using a male teacher.

At home, Sarah and Bilal's mothers do not wear any coverings on their heads. And in public, the book's characters are sometimes shown with and sometimes without scarves.

That reflects students' experiences in daily life, Khorchide says, and these variations in the drawings allow female students some space to choose later between wearing a scarf or not. 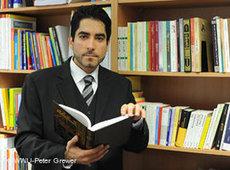 According to Khorchide, the Muslim community wanted to see the teacher wear a headscarf. But that is forbidden in Germany. The authors skirted the issue by using a male teacher

​​The book has drawn criticism for a different compromise, though. The book uses the Arabic term "Allah" rather than translating the word for God into German. Critics have said this could be interpreted to mean that Allah is not God – or represents just a single god.

"I think that when you are behind a book like this, you can't make any compromises," said Islam scholar and publicist Lamya Kaddor. Kaddor added that Mouhanad Khorchide bears responsibility for the picture of Islam among the next generation of Germans.

"If it gets to a point that pupils think Allah and God are not the same thing and that only our God is called Allah, while other people call their deity simply God – I couldn't support that."

Mouhanad Khorchide, who leads the Center for Islamic Theology in Münster, will continue to deal with the conflicts that arise between tradition and modernity, state and religion. For example, his book claims that Muslims can pray to Allah everywhere they please – from a religious perspective. But German courts have issued rulings that would infringe on that right.

"Miteinander auf dem Weg" for first and second grade students is intended as the start of a series that would accompany Muslim pupils all the way through the final year of high school. There are also plans to produce corresponding materials for teachers. But the new curriculum has not yet been approved. Only then can the title "Miteinander auf dem Weg" be accepted by educational authorities as a textbook.

Some companies in Germany are reluctant to hire Muslims. But it is not only the Muslim applicants who are losing out, so too are the companies. After all, there are multiple ... END_OF_DOCUMENT_TOKEN_TO_BE_REPLACED

The European Court of Justice has given its backing to companies that don't allow female Muslim staff members to wear headscarves – as long as they don't permit the wearing of ... END_OF_DOCUMENT_TOKEN_TO_BE_REPLACED

Ayaan Hirsi Ali’s new book "Prey" claims to examine how Muslim immigration threatens the rights of Western women. Indeed the injustices women face only seem to matter to her when ... END_OF_DOCUMENT_TOKEN_TO_BE_REPLACED

The Saudi national team is set to play the German Olympic squad at the Olympics in Tokyo later this month – a chance for the outsiders to make their mark. At the same time, and ... END_OF_DOCUMENT_TOKEN_TO_BE_REPLACED

I regret very much that I worked for the Bundeswehr. If the Taliban knock on my door, I hope they shoot me right away. Guest article by Ahmad Jawid Sultani END_OF_DOCUMENT_TOKEN_TO_BE_REPLACED

END_OF_DOCUMENT_TOKEN_TO_BE_REPLACED
Social media
and networks
Subscribe to our
newsletter