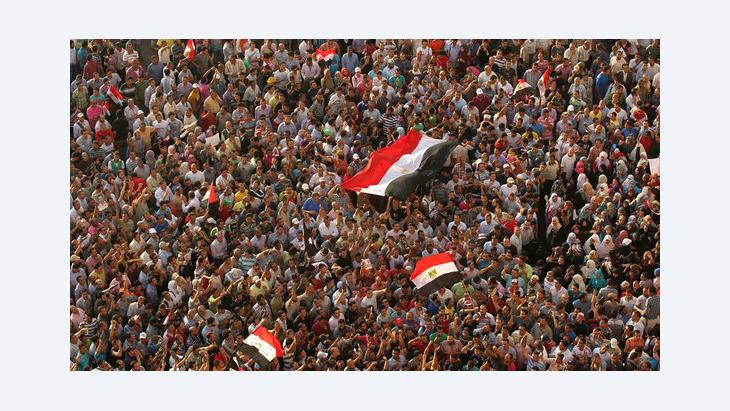 The eruption of the Arab revolts put power relations among Middle Eastern countries in a state of flux, and both winners and losers have emerged. But, given that the strengths and weaknesses of most of the actors are highly contingent, the regional balance of power remains highly fluid. By Volker Perthes

As that balance currently stands, Egypt continues to be one of the region's most influential actors, with the success or failure of its political and economic transition affecting how other Arab countries develop. But Egypt is weighed down by domestic concerns, including a plummeting economy and a security situation in which the military is used for police tasks.

The expansion of Egypt's soft power will depend on the ability of its first democratically elected government, led by President Mohamed Morsi, to take difficult decisions and forge domestic consensus. Success in establishing effective governance would establish a model that many of Egypt's neighbours would seek to emulate, at least partly.

In this respect, Turkey is a good example. Turkey's power rests primarily on its vibrant economy. Its impressive military strength is of limited use as an instrument of power, and its political clout has been overestimated, particularly in Syria. A rapprochement with Israel and, more important, a lasting peace with its Kurdish population, would boost Turkey's regional influence. 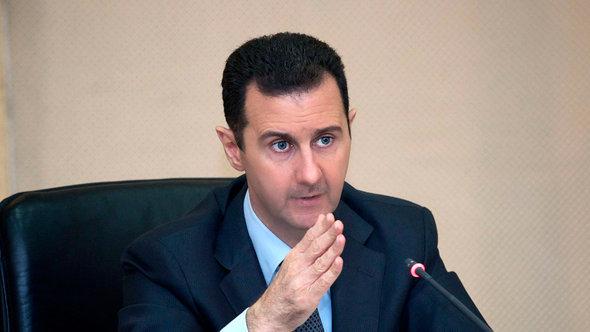 With its back to the wall: "The impending fall of Israel's most reliable enemy, Syrian President Bashar al-Assad, concerns Israel almost as much as the loss of its ally, Egypt's former President Hosni Mubarak," Volker Perthes writes

Israel also remains an overall winner, despite the changing strategic environment and its virtual lack of soft power in the region. The impending fall of Israel's most reliable enemy, Syrian President Bashar al-Assad, concerns Israel almost as much as the loss of its ally, Egypt's former President Hosni Mubarak. With Israel's economy and deterrent capability stronger than ever, however, no regional player poses a genuine security threat to Israel in the short term.

Meanwhile, Qatar's diligent efforts to expand its influence over the last two decades have paid off, with the country developing considerable power of attraction. Since 2011, Qatar has scaled up its involvement in its neighbours' affairs, backing the Libyan revolution, the Egyptian government, and the Syrian opposition.

But the Qataris may be overplaying their hand. Qatar has money, but no other hard power, and it has been criticized for its interference in Syria and its support for the Muslim Brotherhood. If Qatar fails to use its resources wisely, it may lose the legitimacy that it needs to underpin its patronage.

Meanwhile, Syria's civil war highlights the loss of that country's once-considerable influence in the region. Instead, Syria has become the object of a geopolitical struggle among other regional actors. But the efforts of the Gulf states to arm the Syrian opposition are insufficient to set the conflict on a definitive course, especially given the heavy weapons that the Assad regime has at its disposal. And the opposition has not been able to appropriate the reputation and clout that Assad has lost.

In fact, regardless of the balance of power between the regime and its opponents, Syria probably will not reestablish a strong, centralized government for decades, if ever. At best, Syria will emerge from the current conflict with a decentralized or federal state; at worst, the country will go the way of Somalia. Either way, Syria is currently firmly in the loser's camp. 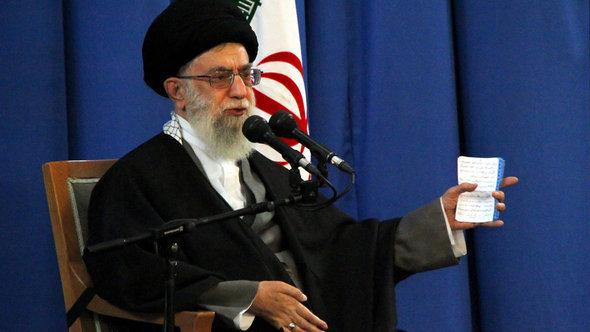 "Quintessential survivor": Iran has profited from the political changes created by the Arab Spring. But, as Volker Perthes points out, as regional conflicts are increasingly defined along Sunni-Shia lines, it is becoming more difficult for Shia-dominated Iran to gain influence in Sunni-majority countries

Iraq could have been a winner, had it been able to translate the recovery of its oil industry and the withdrawal of US troops into political stabilization and regional influence. But, with Prime Minister Nouri al-Maliki's government widely considered to be another authoritarian and sectarian regime, Iraq has not been able to gain any soft power.

Moreover, the chances that Iraqi Kurdistan will achieve de facto or de jure independence are greater than ever. Iraq's Kurds may even be able to extend their influence into Kurdish-populated northern Syria, thereby becoming a more influential regional player than the Iraqi government in Baghdad.

Political polarization in the region

Neighbouring Iran seems to be the quintessential survivor. It has coped with the international community's increasingly stifling sanctions, while maintaining its nuclear program and continuing to participate in the diplomatic process with the P5+1 (the five permanent members of the United Nations Security Council, plus Germany). Iran has strengthened its influence in Iraq, and has helped to keep the Assad regime, a key ally, in power much longer than expected.

But rising political polarization in the region could undermine Iran's standing. As regional conflicts are increasingly defined along Sunni-Shia lines, it is becoming more difficult for Shia-dominated Iran to gain influence in Sunni-majority countries. And Iran's support for Assad's brutal regime in Syria is damaging further its once-considerable soft power in other Arab countries.

Saudi Arabia can also be counted as a survivor, as it copes with deep strategic insecurity stemming from Iran's efforts to undermine its position, social unrest in its neighbour and ally Bahrain, and the Muslim Brotherhood's rise to power in Egypt. Saudi leaders have also become increasingly suspicious of their American allies, on whom the country's security depends.

At the same time, the Saudi leadership is facing significant domestic challenges, including vast economic disparities, inadequate services, growing frustration with the lack of political freedom, and a difficult succession process within the royal family. Nevertheless, though Saudi Arabia's soft power is waning, its massive oil wealth will likely ensure that it remains a regional heavyweight.

Non-state actors also play a crucial role in the Middle East's balance of power. Religious minorities have become more insecure. The once-oppressed Kurds are gaining ground. Of the main transnational political groups, the Muslim Brotherhood has been the clearest winner.

But success brings new challenges. Islamist-led governments must deliver on the socioeconomic front, while building democratic institutions. (Ironically, they will be able to claim success in having built a better state only when they accept their first electoral defeat.) Indeed, the challenge facing all of the region's current winners is to translate today's gains into credible, long-term power. 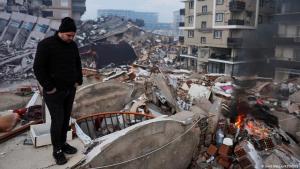 As countless Turks shiver in the cold, mourning their dead, many are asking why Erdogan's government has failed to instigate effective earthquake mitigation plans in a region so ... END_OF_DOCUMENT_TOKEN_TO_BE_REPLACED

Sufis today are under attack from fundamentalists and modernists alike. At the same time, a new form of Sufism is emerging in the West. By Marian Brehmer END_OF_DOCUMENT_TOKEN_TO_BE_REPLACED

Relations between Turkey and Russia are ambivalent. Moscow is nonetheless trying to prop up the leadership in Ankara. Elections are to be held in Turkey in June – and the last ... END_OF_DOCUMENT_TOKEN_TO_BE_REPLACED

All eyes in Turkey are on a court hearing scheduled for January 30 into a child abuse case that allegedly occurred with the knowledge of one of Istanbul's most powerful Islamic ... END_OF_DOCUMENT_TOKEN_TO_BE_REPLACED

Any reconciliation between Turkey and Syria’s Assad regime would have disastrous consequences for many Syrians, explains Syria expert Kristin Helberg END_OF_DOCUMENT_TOKEN_TO_BE_REPLACED

The poetry of Pir Sultan once prompted uprisings in the Ottoman Empire. To this day, Alevis identify with him. Rainer Hermann visited Mehmet Celebi, a direct descendant of the ... END_OF_DOCUMENT_TOKEN_TO_BE_REPLACED
Author:
Volker Perthes
Date:
Mail:
Send via mail

END_OF_DOCUMENT_TOKEN_TO_BE_REPLACED
Social media
and networks
Subscribe to our
newsletter