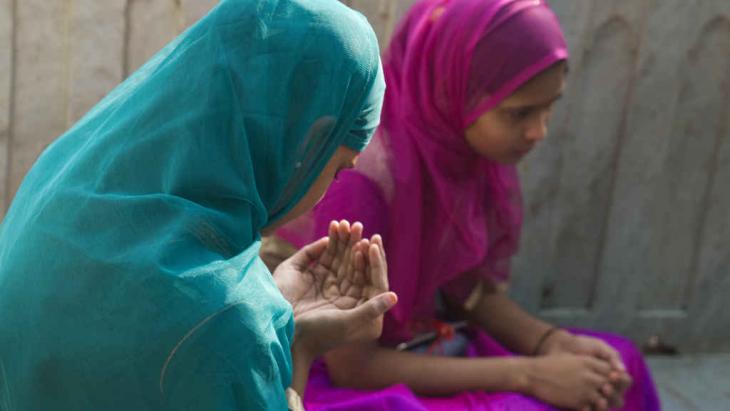 The alchemy of fasting
Ramadan – a feast for spirit and soul

In Islamic mysticism, Ramadan is more than just a period of prescribed abstinence, signifying an opportunity for inner contemplation. Marian Brehmer explores the spiritual dimensions of the month of fasting against the background of Sufism

"Ramadan is the month in which, with the communication between God and the Prophet, a new light and lifeline between Allah and mankind emerges. Anyone who is willing to receive a piece of it may benefit." In a calm voice, Muhyiddin Shakoor, a retired American professor of psychology who lives between Turkey and the U.S., talks about the blessings of the fasting month. He pauses frequently while the consecutive translator beside him searches for the best Turkish equivalents for his words.

The audience consists of several hundred viewers who, at half past nine, have just begun digesting their iftar. The desire for spiritual uplifting is strong during the second Ramadan of the pandemic, which the Turkish government heralded with curfews and bans on public gatherings. Using the live TV feature of the social platform Instagram, thousands of Turkish spiritual seekers have been appeasing their hunger for soul food every evening since the beginning of the fasting month; a function that otherwise would be fulfilled by communal fast-breaking or gatherings at dergahs and Sufi centres.

On Instagram, spiritual masters, academics and explorers of mysticism speak on topics such as spiritual fasting, self-improvement and contemporary Koranic interpretation. The format is based on a particular culture of conversation that springs from Sufism – sohbet. The word sohbet is derived from the Arabic suhba (companionship) and describes the practice of inspired discourse within the circle of a spiritual community. Sohbet combines group communication and knowledge sharing with an atmosphere of unconditional love, which the Sufis seek to cultivate in their hearts.

COVID-19 has taken this conversational culture, which has characterised Anatolian Sufism for centuries, into the virtual realm. The Instagram account of Sufi Kitap – an Istanbul publishing house that has been releasing classical Sufi literature and works by contemporary teachers from the tradition for 16 years – possesses a following of nearly thirty thousand users. Sufi Kitap hosts sohbets several times a week, including the conversation with Shakoor, who has brought out two diaries about his spiritual path with the publisher. 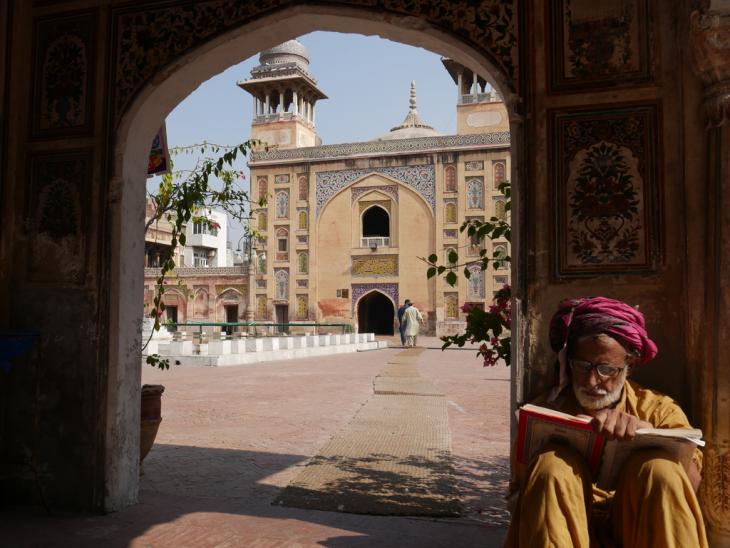 Reading the Koran during Ramadan: "If the repetition of Koranic formulas during prayer is not an automatism of memorised mantras, it serves to directly connect the soul to the divine," writes Marian Brehmer. According to Muslim tradition, the revelation of the Koran began on one of the last nights of Ramadan. "With the help of meditation on the sound and meaning of the suras, the Sufis strive for their own experiences of revelation, so that the inner meaning of God’s words is conveyed directly to them"

Purification of mind and soul

Anyone who has ever fasted – even if it was only to lose weight – has experienced the decelerating effect of this practice. Not only does our digestive system shut down, but also the ever-spinning carousel of thoughts in our heads. But while the modern wellness industry with its detox recipes completely lacks any spiritual framework, Ramadan fasting is primarily intended as a purification of mind and soul.

After returning from Syria, the famous Sufi saint Rumi was sent into retreat by his mentor Borhanuddin Tirmidhi. Instead of one week, as instructed by his teacher, Rumi is said to have spent forty days fasting in prayer and meditation. The retreat prepared the young Jalal ad-Din Mohammad (at that time he was not yet called "Rumi"), who had studied Islamic jurisprudence and Koranic exegesis at a renowned academy in Aleppo, for the mystical path. Book learning alone, the Sufis emphasise, is not only insufficient on the spiritual path, it can sometimes even prove an obstacle for those seeking true knowledge – knowledge which is the fruit of direct mystical experience and brings with it a certainty of heart.

Decades later, Rumi, now at the height of his human potential, spoke in the Masnavi: "Man’s original food is the Light of God: animal food is improper for him / But, in consequence of disease, his mind has fallen into this, that day and night he should eat of this water and clay."

Now, Rumi is far from the asceticism of the world-weary and frugal exponents of early Sufism, who devoted their lives to strenuous religious exercises. After all, joy, hope, and divine ecstasy predominate in his verse, especially in the love-intoxicated ghazals of the Divan-e Shams, which tell of Rumi's metaphysical experiences.

And yet Rumi recommends abstaining from physical food more clearly than any other spiritual practice. Fasting, as the U.S. scholar of Sufism William Chittick writes in his book The Vision of Islam, is the most personal and spiritual of the five pillars of Islam, a test of people’s sincerity in their religion.

Many Muslims around the world, who are currently abstaining from food and drink from dawn until sunset, see their abstinence as more than just a prescribed test of patience. They take Ramadan as a precious opportunity to turn their senses, that are otherwise outwardly directed, inward and – in Rumi's words – make them receptive to God’s light. 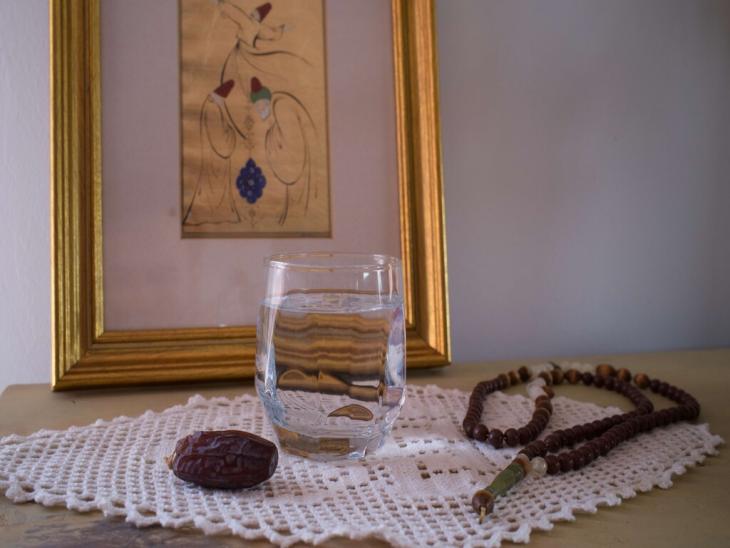 Traditionally, believers break their fast after sunset with a glass of water and a date. By abstaining from food during the day, not only does the human digestive system shut down, but also the ever-spinning carousel of thoughts in our heads, as Marian Brehmer writes. That's why fasting is trendy these days. "But while the modern wellness industry with its detox recipes completely lacks a spiritual framework, Ramadan fasting is primarily intended as a purification of mind and soul"

The "fasting of the mind", which Al-Ghazali calls the "fast of the elect", requires close observation of one’s thoughts and patterns of behaviour. The Sufis speak of fasting with the eyes, ears, tongue, and hands: they turn their eyes and ears away from anything that weakens their remembrance of God, refrain from gossip and negative words, avoid quarrels, and use their hands to serve their fellow human beings.

The goal of this month-long abstention is not to humiliate the body, but to hone one's awareness of God by turning the focus inwards. In fact, the word "Ramadan" derives from the Arabic root r-m-d, which describes the heat of the blazing sun. The "heat" of Ramadan, according to the etymological interpretation, causes the "immature" individual to boil from within – a verb Rumi likes to use for man’s spiritual development process.

In addition to cultivating patience, contentment and empathy for those suffering from hunger, Ramadan is an invitation to leave one’s ego behind. In Islamic mysticism, the ego is sometimes compared to an insatiable animal. Withdrawing physical food deprives the "commanding soul", the nafs al-'ammara, of some of its fuel and puts a stop to its ploys. In Sufi psychology, the nafs is regarded as an idol that we place next to God on a daily basis. As idol worshippers in the clutches of our indwelling tyrant, we live in a state of separation from God, when in fact, as the Koran asserts, he is closer to us than our own jugular vein. So close that the sole obstacle can only be ourselves.

Fasting interrupts this habitual rut, it pulls us out of the "sleep of ignorance" (khāb-e gheflat in Persian). While the thoughts of the fasting person keep wandering to food, during this time of contemplation the unrecognised ego patterns – our "shadow", as Carl Gustav Jung called it – begin to surface more clearly. Ramadan, when consciously experienced, is an invitation to introspection; it helps to discover and correct negative thought structures and selfish tendencies. The Sufis call this muhasaba, a form of self-accounting.

Since the government cut subsidies for food, prices in Iran have skyrocketed. Protests that broke out in Khuzestan province are now spreading across the Islamic Republic. By ... END_OF_DOCUMENT_TOKEN_TO_BE_REPLACED

Very different Western reactions to the suffering in Ukraine and the Arab world show that there is a profound rift among cultures. Essay by Michael Young END_OF_DOCUMENT_TOKEN_TO_BE_REPLACED

United Arab Emirates strongman Sheikh Mohammed bin Zayed al-Nahyan, who was formally elected president on 14 May, has led a realignment of the Middle East, creating a new anti- ... END_OF_DOCUMENT_TOKEN_TO_BE_REPLACED

More than 800 Iranian filmmakers have signed a declaration against sexual harassment, coercion and violence in their industry. The public's response to their willingness to name ... END_OF_DOCUMENT_TOKEN_TO_BE_REPLACED

Russia's ranking on the World Press Freedom Index has fallen again over the Kremlin's wartime censorship of the Ukraine conflict. From Myanmar to Mexico, journalists continue to ... END_OF_DOCUMENT_TOKEN_TO_BE_REPLACED
Author:
Marian Brehmer
Date:
Mail:
Send via mail

END_OF_DOCUMENT_TOKEN_TO_BE_REPLACED
Social media
and networks
Subscribe to our
newsletter