“Die before you die”

Rumi, too, sought shelter from the attacks of the nafs through fasting: "Since the prophet said 'Fasting is a protection', lay hold of that, do not cast away this shield before the arrow-shooting carnal soul". The transformation of the nafs echoes in the prophetic saying "die before you die", which Rumi uses as a focal point of his Masnavi. Rumi is careful to emphasise that what this means is "not such a death that you will enter the grave, but a death consisting of transformation, so that you will enter the Light." 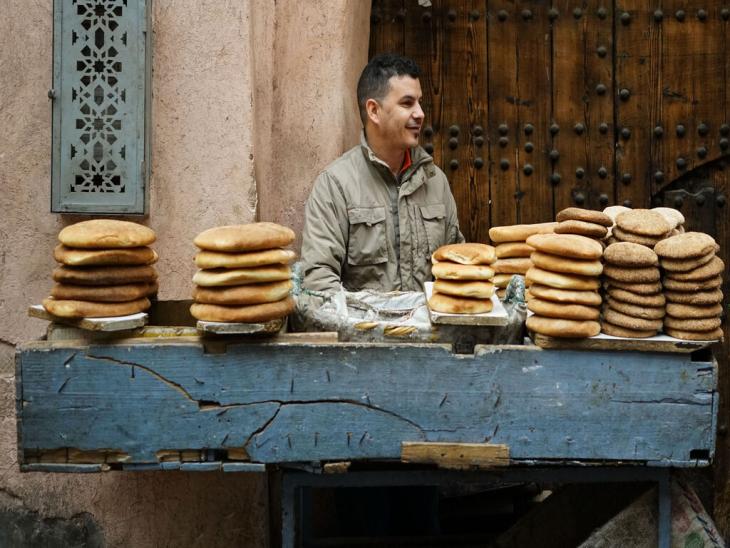 Bread within reach, yet not to be eaten: the aim of this month-long, conscious abstention is not to humiliate the body, but to hone one's awareness of God. Attention is directed from the outside in. Patience, contentment and empathy are cultivated and one's ego recedes. In this time of retreat, the unrecognised ego patterns - our "shadow", as Carl Gustav Jung called it – begin to surface more clearly, writes Marian Brehmer

Each loss of ego control is like a small death, followed by rebirth into a more holistic consciousness. Seen in this way, the human maturation process is one of continuous death and rebirth. At the same time, fasting could also be viewed as preparation for physical death, that inescapable reality which our modern culture, with all its strategies of distraction and diversion, systematically tries to exclude.

Islamic faith practices are meant to support this inner transformation, especially during Ramadan. From the perspective of the mystics, the Muslim ritual prayer, for instance, is not a dry fulfilment of duty, but a conscious return to what is essential. Salah here means entering God's presence five times a day with intentionality and perfect concentration, surrendering the "mortal I" in prostration to a higher reality. At the same time, prayer is an escape from the tensions of our confused external world in order to be able to face the challenges of everyday life with renewed strength.

The reading of the Koran during Ramadan fulfils a similar function. If the repetition of Koranic formulas during prayer is not an automatism of memorised mantras, it serves to directly connect the soul to the divine. According to Muslim tradition, the revelation of the Koran began on one of the last nights of Ramadan. With the help of meditation on the sound and meaning of the suras, the Sufis strive for their own experiences of revelation, so that the inner meaning of God’s words is conveyed directly to them.

Rumi even goes a step further in one of his verses on fasting: "Whoever feeds on straw and barley becomes a sacrifice; whoever feeds on the Light of God becomes the Koran". Becoming the Koran here means that the book of the human soul becomes receptive to the divine mysteries. As a result, man in his actions becomes an instrument of the continuous divine revelation on earth. He helps to carry "divine qualities" into the world – such as the boundless mercy encapsulated in the Islamic name of God, ar-Rahman. For the mystic, nature in all its fullness is a "living Koran" that reveals itself to us afresh at every moment, as long as we are only receptive to it.

Many of the Turkish Sufi teachers from the Instagram sohbets point out how Ramadan provides an opportunity to cultivate the best of human traits – values such as humility, compassion and kindness – within oneself. In an immediately physical way, the empty stomach of the fasting person reminds them to count their own blessings. For too quickly, Rumi also warns, our daily wealth becomes a habit for us, too quickly we fall into complaints without perceiving the abundance in our lives.

Sufis practice developing gratitude for difficulties, without which, for them, there can be no progress on the spiritual path. In their eyes, Ramadan is a rehearsal for the whole of life. But as with any other religious act, fasting requires a pure intention, otherwise piety – as Rumi’s fellow poet the Persian Hafez repeatedly warned his contemporaries in the 14th century – can degenerate into a dry orthodoxy, or worse, turn into a show of hypocrisy before others. Religious practice, Hafez said, is perfect only with love: "The rewards for fasting and the pilgrimage are reaped by the one / Who has visited the soil of the tavern of Love."

For the Islamic mystics, the alchemy of fasting begins with the invitation to deep introspection, which is possible only with the help of strong willpower and a certain degree of self-discipline. In an excessively accelerated world that pulls our attention outward all the time, leaving less and less opportunity for self-knowledge – which in turn leads to ever greater chaos in our societies –this invitation is of utmost relevance, even to non-Muslims.

Marian Brehmer holds a degree in Iranian Studies and writes as a freelance author from Istanbul with a focus on Islamic mysticism.

The Islamic month of Ramadan: A test of willpower

Interview with Islamic scholar and philosopher Abdolkarim Soroush: "The Sufis were prophets of pluralism"

An interview by Foreign Minister Mohammed Javad Zarif has provoked outrage in Iran. In it, Zarif criticised the Revolutionary Guards' destructive role in both the nuclear ... END_OF_DOCUMENT_TOKEN_TO_BE_REPLACED

The USA and NATO plan to withdraw from Afghanistan by September. The operation is risky, the outcome uncertain. Many Afghans fear civil war. The quake on the Hindu Kush will also ... END_OF_DOCUMENT_TOKEN_TO_BE_REPLACED

The Prophet Muhammad never executed anyone for apostasy, nor encouraged his followers to do so. Nor is criminalising sacrilege based on Islam’s main sacred text, the Koran. In ... END_OF_DOCUMENT_TOKEN_TO_BE_REPLACED

Surging coronavirus cases in many parts of the world have overshadowed the start of this year's Muslim holy month of Ramadan, with festivities once again curtailed by contagion ... END_OF_DOCUMENT_TOKEN_TO_BE_REPLACED

German Middle East analyst Guido Steinberg and television journalist Ulrich Tilgner have both published new books on the conflicts in the Middle East. Their analyses and their ... END_OF_DOCUMENT_TOKEN_TO_BE_REPLACED

On 27 March, Iran and China signed a 25-year accord intended to foster "strategic co-operation". Despite ongoing uncertainty over the deal's actual scope, content and chances of ... END_OF_DOCUMENT_TOKEN_TO_BE_REPLACED
Author:
Marian Brehmer
Date:
Mail:
Send via mail

END_OF_DOCUMENT_TOKEN_TO_BE_REPLACED
Social media
and networks
Subscribe to our
newsletter