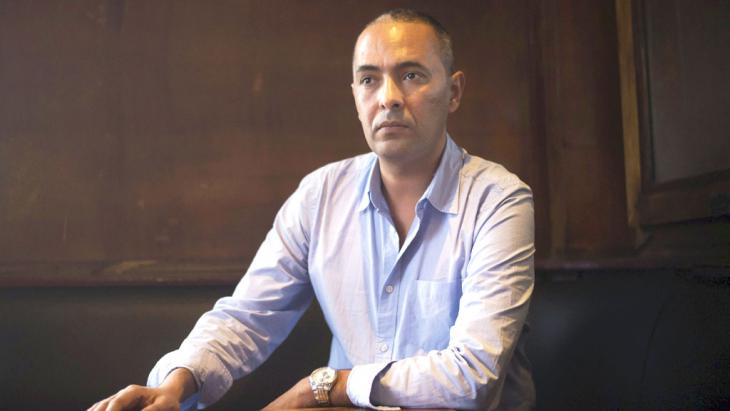 Who is the Arab man?

He has written about Albert Camus, the New Year’s Eve assaults in Cologne and the Arab man. He has had a ″fatwa″ issued against him and been accused of Islamophobia. At Germany's top literature festival, ″Lit.Cologne″, however, he was the man of the moment. By Sarah Judith Hofmann

"Women's freedom is my freedom," said Kamel Daoud – and applause thundered at the Lit.Cologne, Germany's most important literature festival, even before he could finish his sentence. Although his voice was slightly distorted through the Skype call, his message was strong and clear: You can measure a country's health by its relationship with women, he declared.

He was invited to the festival to read his book "The Meursault Investigation," but a recent car accident has left him unable to travel, which is why he did the talk via video from his home in Oran, Algeria. In the opening words of his presentation, the author mentioned how he hopes to discover Cologne for himself one day. When the city became world famous for its sexual assaults on women over New Year's Eve, the Algerian author had reacted to them in the French newspaper "Le Monde". 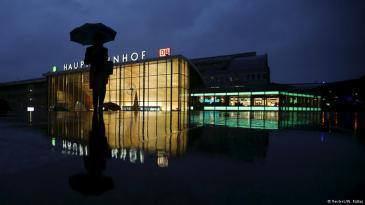 Following the violence in Cologne at the New Year, Kamel Daoud wrote about the ″sick relationship towards woman, the human body, desire″ in the Arab world. Women there are "disowned, spurned, killed, raped, imprisoned or possessed." "Sex is the greatest misery in the world of Allah," wrote Daoud

The arrival of refugees in Europe has highlighted the naivety of Western countries, he wrote. "The average refugee may take a long time to understand the relationship to women that's fundamental to Occidental modernity." Having managed to save his life by giving up his home, a refugee will not give up his culture so lightly, he wrote. Herd instinct or the slightest emotional obstacle may painfully bring it all back at once, he added.

His op-ed did not go unnoticed. It was published in different countries, including in German in the "Frankfurter Allgemeine Zeitung." It was strongly criticised: academics accused Daoud of further spreading the hatred that already existed in Europe against refugees from Muslim countries.

Yet in that same piece, Daoud began by pointing out that Cologne is "a place of fantasies", referring not only to the sexual fantasies of the assailants, but also to the quick interpretations of far-right extremists, who have feared a barbarian invasion in their civilised world for ages, he wrote.

"Terrorism is a universal disease. It doesn't matter if we are talking about Muslim, Jewish or Catholic fundamentalists. They all have a distorted relationship to the body. Women are the ones who give life and because terrorists do not love life, they hate women," the author said at the Lit.Cologne.

A reply to Albert Camus: who was that nameless Arab? 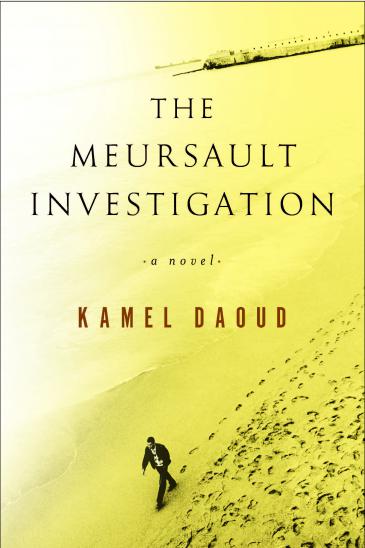 Kamel Daoud has become one of the most respected intellectuals in the Arab world over the last two years. His novel "The Meursault Investigation" sparked controversy when it was published in France in 2014. He was awarded the Prix Goncourt, France′s most prestigious prize for literature, for the novel in 2015

Kamel Daoud has become one of the most respected intellectuals in the Arab world over the last two years. His novel "The Meursault Investigation" sparked controversy when it was published in France in 2014.

The Algerian author had dared rewrite the great French classic "The Stranger" by Albert Camus. In this revisited version of the book, Daoud gives an identity to the nameless Arab who gets shot on the beach by Camus' existential character Meursault, who claims he did it for no real reason, but "because of the sun."

Daoud calls him Musa and tells the story after his murder from the perspective of his brother. This tale is filled with anger at the French colonialists who could simply kill an Arab without even bothering to name him.

"I'm sorry to disappoint you, but I'm not a post-colonialist who wanted to take revenge on Camus. I loved reading 'The Stranger' too," Daoud said in Cologne. He simply wanted to continue the story, he added. In his novel, Harun, the main character, turns out to be a mirror image of Meursault.

He kills a Frenchman who happens to be at the wrong place at the wrong time. Harun can't even claim to have done it in the name of the Algerian Revolution unfolding at that same period, even though freedom fighters would have preferred him to do so and save the honour of the Algerian man.

Women also play an important role in his novel. The main character continuously refers to his mother and to a woman called Meriem, described as the kind of woman no longer to be found in the country, "free to conquer and to be conquered, surrendering to no one - her body a gift, not a sin or a shame."

A fatwa and an unprecedented court decision 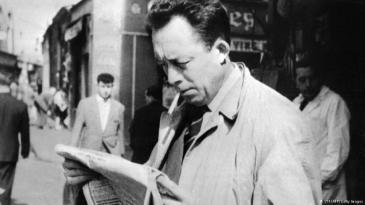 Albert Camus' novel "The Outsider" re-told: the nameless Arab who gets shot on the beach by Camus' existential character Meursault is given an identity by Daoud. Told from the perspective of Musa′s brother, Daoud provides a continuation of the story following the murder

Kamel Daoud had been targeted by Islamists way before he wrote this sentence. He has been a columnist for the Algerian newspaper "Le Quotidien d'Oran" for the last 20 years. There, as well as in French newspapers and TV shows, he has repeatedly referred to Islamism as "the biggest enemy of freedom."

In December 2014, Abdelfattah Hamadache, leader of the banned Islamist party ″Front de la Sahwa libre″, declared a fatwa against Daoud. The preacher wrote on his Facebook page that Daoud is attacking God and his Prophet and that he should be publicly executed. The Algerian authorities did not provide police protection for Daoud afterwards. He suspected the state wanted to drive him into exile, but he refused to leave.

A few days ago, a court surprisingly condemned the Salafist preacher to six months in prison, three without parole. According to experts, this is the first time that a fundamentalist has been condemned in the Arab-Muslim world for death threats against an intellectual – a huge success for Daoud, who had sued him.

Nevertheless, the author has decided to stop writing essays in newspapers and concentrate on his novels. He managed to fight against Islamists, but when he had to start dealing with left-wing intellectuals in France and Europe, who accused him of being Islamophobic after his text on Cologne, he felt it was too much. "I'll take a break for one or two years," he revealed in Cologne, "and then I'll come back. But don't tell anyone."

The Algerian state's insufficient response to a recent spate of femicides has driven hundreds of women to defy coronavirus lockdown restrictions to take part in street protests, ... END_OF_DOCUMENT_TOKEN_TO_BE_REPLACED

EU parliamentarian Dietmar Koester criticises the Union's failure to speak up when faced with human rights abuses committed by its Middle Eastern allies, while pointing out that ... END_OF_DOCUMENT_TOKEN_TO_BE_REPLACED

On the 10th anniversary of the Arab Spring we can’t quite escape that substance called remembrance. Yet, eschewing facile modes of nostalgic remembrance and/or tragic lamentation ... END_OF_DOCUMENT_TOKEN_TO_BE_REPLACED

In her third and most recent novel, Paris-based Algerian author Kaouther Adimi writes almost prophetically about a rebellion by a handful of children against the rigid and ... END_OF_DOCUMENT_TOKEN_TO_BE_REPLACED

Mass protests began in Egypt on 25 January 2011. They triggered the overthrow of long-time ruler Mubarak. Ten years later, many human rights activists and journalists are in ... END_OF_DOCUMENT_TOKEN_TO_BE_REPLACED

END_OF_DOCUMENT_TOKEN_TO_BE_REPLACED
Social media
and networks
Subscribe to our
newsletter