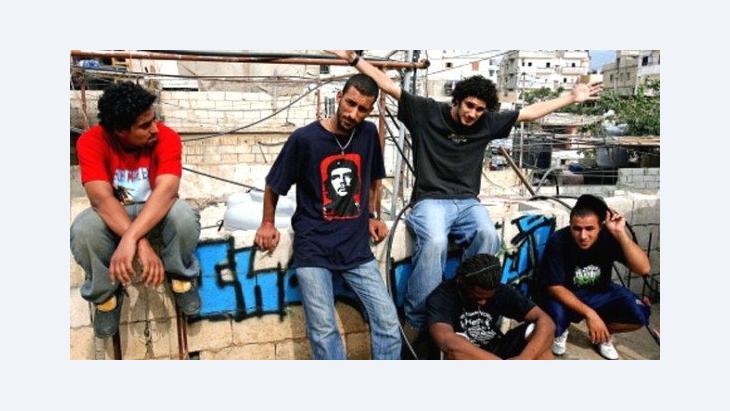 The hip-hop sampler Khat Thaleth is a compilation of the work of artists from across the Arab world. Contrary to what one might expect, although they rap about the revolution, they do not necessarily take the side of the rebels. Jannis Hagmann reports

Munaqresh sounds a bit like an aging intellectual. When taking about the rebellions in the Arab world, he quickly turns to the subject of cross-border identity conflicts or the decline of pan-Arabism. Then the 34-year-old straightens his baseball cap and says in broad American English: "We just had to give the dirty laundry a good airing."

On the sampler Khat Thaleth, the Syrian-American DJ and producer has brought together all the things that have built up inside the region's hip-hop artists over the course of the Arab Spring. It contains 23 tracks by rappers from Tunisia, Egypt, Iraq and other Arab states. No major record companies are involved; this is authentic, political hip-hop. The sample is due to be released by the Californian indie label Stronghold Sound in February. Some tracks are made available for download (see link below).

"Right from the word go, it was clear that we would have no scruples in criticising the opposition and certainly not the regimes in these countries," says Munaqresh, the son of Syrian parents, who is better known on the Middle Eastern Club scene as Dub Snakkr. 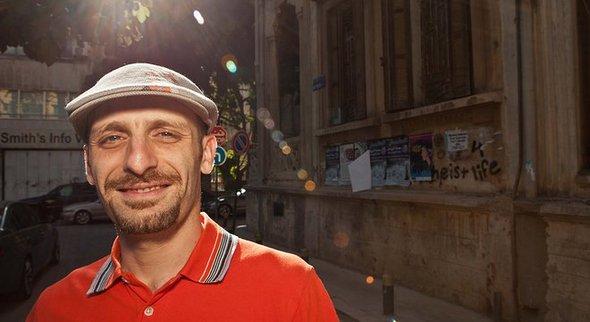 Good airing for dirty laundry: On the "Khat Thaleth" sampler, Syrian-American DJ and producer Munaqresh has brought together all the things that have built up inside the region's hip-hop artists over the course of the Arab Spring

​​This is why Munaqresh calls his musical contribution to the revolution Khat Thaleth (the third track, or third way).

Perhaps it is the fact that the artists have declared their intention not to recoil from criticism and to address all subjects frankly that gives the compilation an air of pessimism. "Freedom is a lie / when Ennahda rules Tunisia," raps the Palestinian Yaseen. With one eye on the situation in Syria, the Lebanese MC Zeinedin adds: "I am afraid to work for the revolution / and end up deceiving myself."

Having said that, Khat Thaleth is not per se a pessimistic collection of anti-revolutionary rap songs. Whether it is Al Jazeera, Israel, the Saudis, the UN, the Muslim Brotherhood, or the regimes in their own countries, the artists featured on this sampler dish up the dirt with surprising ease. No-one is spared. "This is the space where we can avail of the freedom of speech for which others have to pay a high price," says Munaqresh, referring to the rebels.

Arab hip-hop has been a mouthpiece since its genesis at the end of the 1980s. In his native country, Algeria, which has itself been badly shaken by civil war, the genre established itself as a popular musical protest culture in the 1990s. In the early noughties, the Palestinian hip-hop trio DAM made its voice heard, rigorously denouncing the Israeli occupation in its songs.

More recently, Tunisian rapper El Général has provided evidence of the political dimension of the genre. During the uprising against Tunisia's long-ruling dictator, Zine El Abidine Ben Ali, the song "Rais Lebled" with the now famous closing line "Mr President, your people are dead!" became the theme tune of the revolution.

The protests as a test of maturity

The most recent uprisings have given even more impetus to Arab hip-hop. The Internet is teeming with countless MCs from all four corners of the region. But it doesn't stop there, points out Munaqresh. As far as he is concerned, the protests are a test of maturity. 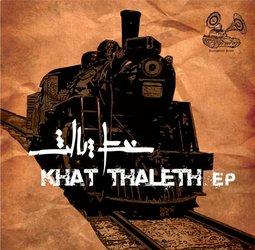 "Even more impetus to Arab hip-hop": The Khat Thaleth project has gathered a broad cross-section of politically conscious Arab hip hop artists from the Middle East and Diaspora

​​"Over the past two years, hip-hop has entered a new phase. It's no longer about proving that we can make Arab hip-hop. It's about the message, the content, about what people really think."

When one listens to the tracks on Khat Thaleth, which Munaqresh sought out in the region over the course of a two-year period and which he largely produced himself, the message seems to be uncertainty, doubt. "What's the point in setting a country on fire / when the goal is in vain?" asks Zeinedin.

With all this politics, the music on Khat Thaleth very nearly ends up playing second fiddle. The beats on some tracks seem a bit clumsy; the often Arab-sounding melodies sound a little forced and artificial. The repeated use of the oud, the middle Eastern lute, which was used as a basis for numerous tracks on the sampler was, on the other hand, refreshingly unusual.

One of the most powerful tracks – and one of the few potential earworms on the sampler – comes from a young Syrian rap trio, LaTlateh. "Boom boom bam" goes the catchy melody that murmurs along, "No rest for Damascus." A bomb has detonated in the streets of Damascus, killing the two protagonists of the song. Their souls leave their bodies and realise what has happened. "I see a big crater (in the street) / but where is the rest of my body? / Why have I got splinters of glass in my skin?" A poster on the side of the street proclaims: "Beware: martyrs". This scene of horror contrasts sharply with the sweet refrain: "Boom boom bam, no rest for Damascus."

The Syrian MC Al Sayyed Darwish sums up the basic tenor of the sampler as follows: "I am not telling a story just to entertain you / I'm describing reality to open up your eyes."

Algeria‘s regime is again cracking down on anti-fracking activists and the unemployed in the country‘s south. Yet EU countries remain keen to scale up their energy cooperation ... END_OF_DOCUMENT_TOKEN_TO_BE_REPLACED

The murder of a female student at Mansoura University in the Nile Delta has sparked a long overdue debate on femicide in Egypt. Karim El-Gawhary reports from Cairo END_OF_DOCUMENT_TOKEN_TO_BE_REPLACED

Syria, Egypt, Saudi Arabia and the UAE are among those countries increasingly misusing cybercrime legislation to silence dissent and curb freedom of speech. Could a new global ... END_OF_DOCUMENT_TOKEN_TO_BE_REPLACED

Egypt hopes to jump-start the action needed to face a warming world when it takes the presidency of major UN climate talks in November, but warns that countries need a "reality ... END_OF_DOCUMENT_TOKEN_TO_BE_REPLACED

A ceasefire has been in effect in Libya for the past year and a half. Yet after Russia's attack on Ukraine, another proxy war looms in Africa's most oil-rich country. Mirco ... END_OF_DOCUMENT_TOKEN_TO_BE_REPLACED

It is the biggest order in the history of the Siemens Group: a 2,000-kilometre railway network for high-speed trains is to be built in Egypt. But the project raises numerous ... END_OF_DOCUMENT_TOKEN_TO_BE_REPLACED
Author:
Jannis Hagmann
Date:
Mail:
Send via mail

END_OF_DOCUMENT_TOKEN_TO_BE_REPLACED
Social media
and networks
Subscribe to our
newsletter