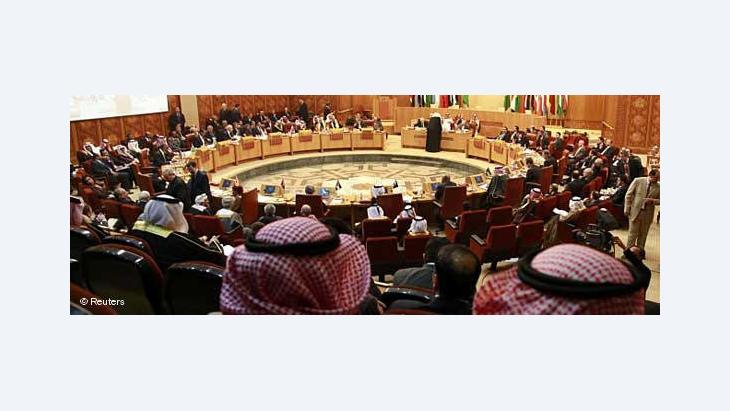 The Arab League and the Iraqi-Syrian Relationship

﻿The Arab League's mission in Syria is coming in for heavy criticism – and so is Iraq, which brokered the mission: the country has performed a drastic about-face that many find quite astonishing. Birgit Svensson in Baghdad has the details

The Arab League's mission in Syria came under fire from all sides before it even began. Many voices are clamouring for it to be terminated and the observers withdrawn. They have failed to achieve their objective and have instead become stooges of the Damascus regime, cry the Syrian opposition.

The government of Bashar al-Assad, for its part, regards the Arab observers, who are travelling about all over the country and often go right into the middle of the protesting crowds, with suspicion. Assad too would be quite happy for these 'troublemakers' to be withdrawn. Yet the majority of foreign ministers of the organisation, which consists of 22 countries, recently voted to extend the mission until February 22.

In this the Arab League General Secretary Nabil al-Arabi got his way. The Egyptian official did admit that mistakes had been made, but he called for understanding, pointing out that it was the first time in the history of the League that it had ever despatched observers.

The six nations from the Gulf Cooperation Council, however, withdrew their observers because of continuing bloodshed in Syria and the government's "lack of commitment" to adhere fully to the plan it agreed to with the Arab League.

The observers are supposed to establish a peace plan, according to which the government in Damascus should withdraw its military from the streets and violence against civilians should cease. At present, however, the opposite appears to be the case. Whenever the Arab observers turn up in their yellow waistcoats the protests seem to escalate. More and more people are taking to the streets to vent their anger and tell the observers what has happened to them.

Firing into the crowd 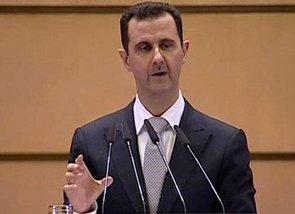 Rear cover from an unexpected corner: Iraq's Foreign Minister justified his country's financial backing for Syria by arguing that the fall of Assad would have negative consequences for his country

​​The military is still intervening. One of the League's observers told the Arab television channel Al Jazeera of snipers who had been firing indiscriminately into the crowd. The observer was cautioned and told not to make comments.

The observer mission's findings will only be made public, and result in any further measures, when it has compiled its final report. However, the Syrian regime claims to have found out that the observers testify to the existence of armed groups.

In addition, a report in the newspaper Al Watan claims the mission attests that Syria has in part fulfilled the obligations placed upon it in the action plan drawn up by the League. Meanwhile, a further terrorist attack has taken place since the mission began, leaving almost 30 people dead. This the government in Damascus has blamed on "Islamist terrorists". The opposition accuses Syrian security forces of staging the attack themselves in order to prop up their theory of foreign intervention and a burgeoning civil war. The situation is becoming increasingly confused.

Polarizing effect on the region

And in the midst of all the confusion there is also Iraq. Anxiety about their neighbour's future is currently a major concern for all the ethnic and religious groups there. Iraq itself has reason to worry that it could become a pawn in the ongoing rivalry among the regional powers Iran, Saudi Arabia and Turkey.

The crisis in Syria is polarizing the region, and there is reason to fear that the bloodbath there will have serious implications for the neighbouring states. On one side are Sunni-dominated countries like Turkey and Saudi Arabia; on the other, Shiite Iran, together with the main governing power in Lebanon, Hezbollah. 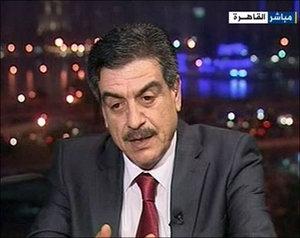 Former government finance inspector Mahmud Suleiman Hadj Hamad, who has defected to the opposition, claims that Baghdad's money has been used to pay militias who have been deploying violence against demonstrators

​​And in the midst of this tension among the rival powers, Baghdad has performed a drastic about-face that many find quite astonishing. For years the Iraqi government never seemed to tire of pointing the finger at Syria and accusing it of being one of the forces behind the terror attacks in Iraq. Yet the Iraqis were the only ones, apart from Lebanon, to abstain when the Arab League was deciding whether to impose economic sanctions on Syria and suspend its membership.

On top of this, one of the Syrian government's finance inspectors, Mahmud Suleiman Hadj Hamad, who has defected to the opposition, claims that Baghdad has transferred two billion pounds (almost 28 million euros) to Damascus. This, he says, is being used by Assad to pay militias who, together with the Syrian army, are deploying violence against demonstrators.

Foreign Minister Hoshyar Zebari justified this by arguing that the fall of Assad would have negative consequences for his country, and there would be a risk that extremists would gain the upper hand in Damascus. This is the same line of argument as that employed by Assad.

The Arab League was outraged. Iraq's decision came at a time when the American troops were packing their bags and preparing to withdraw. Diplomats in the League saw the move as a concession by Iraq to Tehran, one of Syria's closest allies, as well as a reorientation of Baghdad's foreign policy. In the corridors of the League's Cairo headquarters people were commenting on the fact that Prime Minister Nouri al-Maliki persecutes former Baath Party members in his own country while supporting Assad's Baath Party in Syria. The inconsistency could hardly be more blatant.

Deals with the Assad regime

And indeed Iraqi media subsequently reported that Assad had passed to al-Maliki a list of Iraqi Baath Party members who had allegedly planned to carry out a putsch against the Prime Minister after the American withdrawal. An unprecedented wave of arrests began. 600 mostly Sunni former members of the Iraqi Baath Party ended up in jail. 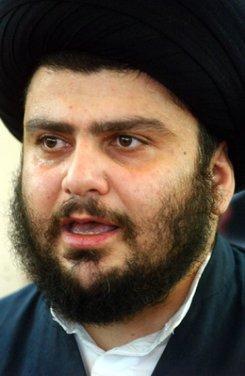 According to the pro-Iranian Iraqi Shiite leader Moqtada al-Sadr, a vital coalition partner for al-Maliki, the Arab League is a "subversive consortium" that serves the interests of the United States and Israel

​​Assad promised that he would shortly hand over more high-ranking Baathists currently living in Syria to Iraq. This secured him al-Maliki's support. The Iraqi Prime Minister's security adviser Faleh al-Fayad travelled to Damascus and prevailed upon Assad to agree to the Arab League's mission. Prior to this Assad had refused to co-operate with the organisation in any way.

This is a dangerous balancing act for the Iraqis, because all of its domestic ethnic groups have different interests in the neighbouring state. A look at the ethnic and religious spectrum makes this clear. The pro-Iranian Shiite leader Moqtada al-Sadr, a vital coalition partner for al-Maliki, has made no secret of his support for Assad. He has attacked the Arab League, calling it a "subversive consortium" that serves the interests of the United States and Israel.

Syrian opposition groups accuse al-Sadr of sending thousands of his Mahdi militiamen to Syria to help government troops fight the rebels – an accusation he vehemently denies. Other Shiite parties, on the other hand, are refusing to provide Damascus with any support whatsoever, and accuse Assad of backing the wave of Sunni terrorism that followed the invasion by US troops in 2003.

The Iraqi Kurds are also divided on the issue. On the one hand they yearn for an end to the oppression of their Syrian 'brothers'. On the other they are afraid that life would be even worse for Syrian Kurds under Sunni rule than it is under the Shiite Alawi Assad.

Only Iraq's Sunni Arabs regard the fall of Assad as an opportunity to extend their power in the region. At the same time, however, they too are aware of the risks involved, and that Iraq could face great difficulties as a result. More than a million Iraqi refugees, generously taken in by Syria at the height of the terror, would come flooding back to their homeland. And not only this: a great many Syrians would also come to Iraq in search of refuge.

Home
Print
Newsletter
More on this topic
The Arab League's Observer Mission in Syria: Staring into the AbyssThe Arab League and the Conflict in Syria: The Unexpected Renaissance of the Arab League
Related Topics
All Topics
Date:
Mail:
Send via mail