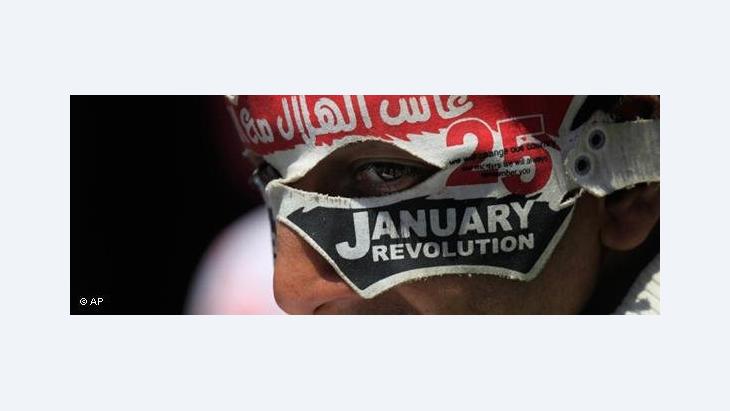 The Arab Spring and Demography

The Revolutionary Power of Youth

﻿﻿"Look here, I've got a university degree, but this society doesn't give me a chance: no wonder I'm a rebel." The unrest in the Arab world may have taken most people by surprise, but demographers knew it was coming. According to Jéronimo Louis Samuel Barbin, this unrest is the sound of the voice of young people who have long been at home in the modern world

The Arab Spring came as a surprise. Whereas spring in Europe began on 21 March, the Arab Spring began in winter, on 17 December, when Tunisians in the small town of Sidi Bouzid rose up in response to the self-immolation of a small trader who had been harassed by the police. But it wasn't nature that awoke from its slumber; a whole people, a whole region that was once considered sleepy and backward awoke from a 30-year hibernation.

Among those responsible for this development were the region's rulers: Zine el-Abidine Ben Ali had been president of Tunisia since 1987, Hosni Mubarak had been ruling Egypt since 1981, and Muammar Gaddafi had been Libya's revolutionary leader since 1969. 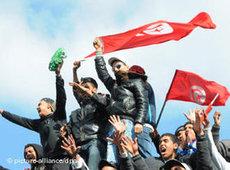 Tunisia is one of the countries where the population has more than doubled in the space of a generation, rising from 4.6 to 9.8 million

​​At the same time, European countries had played their own part in the oppression. Europe's short-sightedness meant that its leaders could not see where the developments were leading, even though books had been appearing for years in which these developments were forecast. Among them were Söhne und Weltmacht (Sons and World Power) by the sociologist and founder of the Institute for Xenophobia and Genocide Research at the University of Bremen, Gunnar Heinsohn, and Die unaufhaltsame Revolution (The Unstoppable Revolution) by Emmanuel Todd and Youssef Courbage, demographers at the French National Institute for Demographic Studies, INED. Both books use demographic data to show the potential for conflict and cultural upheaval in Arab societies.

According to Heinsohn, the existence of a "youth bulge", i.e. an above-average proportion of young people between 15 and 25 in a society, is one of the main reasons for unrest, terrorism, war and uprisings in countries throughout the world. This development is particularly evident in the Arab world, where many young people are highly qualified. But Arab societies are unable to offer these young people any prospects for the future.

Indeed, the Arab societies of the Maghreb are under immense internal pressure as a result of their rapid population growth. The population of the Kingdom of Morocco has more than doubled within fewer than 40 years (14 million in 1967, 31 million in 2002). The same applies to Egypt (from 30 to 71 million in the same period) and Tunisia (from 4.6 to 9.8 million). In Libya, the population has more than tripled (from 1.7 to 5.3 million) within the space of a generation.

﻿When a country has to deal with a massive increase in the number of young people, its social infrastructure may not be able to provide enough education, jobs or health care. Provided the infrastructure is adequate, a young population can be a positive factor for a society: it is more dynamic and can increase economic productivity. However, if a society is unable to offer a young population that is mainly well educated and well qualified any prospects for the future, this can lead to internal conflict – as is the case today in the Arab world.

According to Barbin, women's literacy and occupational training lead to demographic and social change, which can in turn have a destabilising effect on society

﻿Literacy among young men in the Arab world is almost at European levels (90 percent across the board, except in Morocco, where it is 81 percent); only the literacy rate for young women lags behind. Most have graduated from school, many have university degrees. But these educated and qualified young people can't find jobs to match their qualifications. During the revolutions, young people were often seen holding up their diplomas, as if to say: "Look here, I've got a university degree, but this society doesn't give me a chance: no wonder I'm a rebel."

In the Arab world, employment and the financial resources that go with it are not just an assurance of social recognition, they are also the only road to marriage and a family. As a result, there are many frustrated young men in the Maghreb who are fighting in vain for recognition in a rigid society. After all, it is not only the weak economy that fails to offer them a future, the political structures are rigid and are effectively closed to young people from the masses.

The key role of young women

Most people, and especially the young, have only ever known one head of state. When today's 20-year-olds were born, Ben Ali, Mubarak, Gaddafi, Saleh in Yemen and the Assad dynasty in Syria were already in power. To date, the only people who could participate in the power structures in these countries – even in a limited way – were members of the ruling clan or the ruling family. It is this hopeless situation, whether on the employment market or in the country's politics, that drove so many out on to the streets during the Arab Spring.

Emmanuel Todd and Youssef Courbage point out that there has been a sharp decrease in the birth-rate in the Muslim world in recent decades. In 1975, women had an average of 6.8 children; the figure in 2005 was "only" 3.7. For demographers, this is the result of women's literacy: when women can read and write, the birth-rate usually goes down rapidly. This is not just an economic effect; it is also and above all the result of a change in attitudes towards the family.

Todd and Courbage point to the key role played by women in these cultural changes. The literacy threshold for women between 20 and 24 was crossed in Morocco in 1996; in Egypt that happened in 1988, in Libya in 1978 and in Tunisia as long ago as 1975. This led to profound changes. Most Muslim countries – with the exception of Indonesia, Malaysia and the countries of sub-Saharan Africa – were characterised by the fact that women have a low status. Literacy and education for women change not only this status but also the education of children, which in turn has an effect on the cultural development of society as a whole.

Literacy leads a nation – a whole society – along the path to modernisation. Improved education has an effect on both the birth-rate and general economic development. But there is a darker side to this development: Todd and Courbage point to the increased burden on the human psyche which the process of modernisation carries with it. It is no wonder that the father of French sociology, Émile Durkheim, concerns himself in his study of suicide with the higher suicide rate among literate populations. Just as economic growth in India and China has gone hand in hand with higher suicide rates, the tendency towards suicide attacks in the Arab world show that, at a time of upheaval, the willingness to take one's own life increases.

Sociologist Gunnar Heinsohn is convinced that a "youth bulge" (an above-average proportion of young people between 15 and 25 in a society) is one of the main reasons for unrest, terrorism, war and uprisings in the world

​​Cultural progress can have a destabilising effect on a population: the authority of an (illiterate) father is challenged by the literacy, not just of his sons, but of his wife and daughters as well. The use of birth control challenges the traditional image of the family, and the relationship between the sexes has to be redefined. This is why societies undergoing upheaval experience a loss of orientation and values, which sociologists describe as anomie. Young people in the Arab world are not rebelling against the oppression imposed by the political system itself, they're rebelling against the oppression in the traditional family system, which is reflected in political structures.

The potential for conflict will not last long

But the potential for conflict in Arab societies will not last long. That is clear from both Heinsohn's demographic approach and the sociology of modernisation espoused by Todd and Courbage. For one thing, the sinking birth-rate will lead to a lower proportion of young people in the population. For another, the upheaval in the Arab world will end just as similar upheavals in Europe ended.

After all, the current developments are by no means unique. As Todd and Courbage say, "In the Muslim world, the demographic, cultural and spiritual revolutions which are currently underway, are the same as those which once formed the basis for the development of those regions that are now seen as the most modern in the world."

In short, the Muslim world also obeys much more universal rules than the typical orientalising European gives it credit for.

Home
Print
Newsletter
More on this topic
Paternal and Religious Authority in YemenSocial and Cultural Transformation in Egypt: The Genealogy of the ''Egyptian Spring''
Related Topics
Arab Spring, Arabellion, Democracy and civil society, Freedom of the press, Human rights
All Topics

They’ve already got the Louvre; they’ll soon have a Guggenheim Museum as well – and now the Emirates have added literature to their quest for cultural supremacy in the Arab world ... END_OF_DOCUMENT_TOKEN_TO_BE_REPLACED

Years in the making, Sisi's elite New Administrative Capital will isolate most Egyptians from their centres of government in an effort to fortify the regime against any social ... END_OF_DOCUMENT_TOKEN_TO_BE_REPLACED

Professor Timothy Brennan's "Places of Mind: A Life of Edward Said" is a detailed biography of one of the most important intellectuals of the twentieth century, taking us on a ... END_OF_DOCUMENT_TOKEN_TO_BE_REPLACED

China has long portrayed itself as a strong supporter of the Palestinian cause. It has also claimed that in sharp contrast to the stance of the USA, its position is based on ... END_OF_DOCUMENT_TOKEN_TO_BE_REPLACED

Recep Tayyip Erdogan, disappointed by the European Union’s reluctance to integrate Turkey into its ranks, has re-directed his country’s diplomacy toward the Maghreb and Africa to ... END_OF_DOCUMENT_TOKEN_TO_BE_REPLACED

END_OF_DOCUMENT_TOKEN_TO_BE_REPLACED
Social media
and networks
Subscribe to our
newsletter