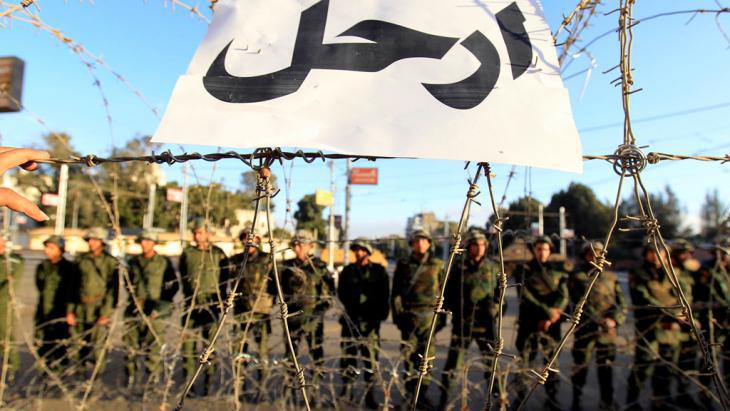 The Arab Spring and its enemies

The end of all hope

Ultimately, the Arab Spring was a failure because the movements fighting for freedom were faced with too many enemies who sought to quash the revolutions and thwart the efforts of the region's peoples to achieve greater democracy. An essay by the Syrian dissident Akram al-Bunni

It was only to be expected that the tyrannical regimes themselves would be the first to take a stand against the slogans about freedom, justice and dignity.

Some governments tried to take the wind out of the sails of the movement for real change by offering concessions and reforms.

Other regimes didn't even bother with political solutions, abandoning moral or humanitarian scruples and preferring instead to destroy popular movements by any means they could. In this respect, several different means were used.

There were those who chose straightforward, unfettered repression, accepting that it would result in countless deaths, the destruction and disintegration of the country or its abandonment to foreign powers.

There were those who opted for the incitement of sectarian or ethnic conflicts backed up by oppression and corruption in order to push the uprisings in another direction. The main thing here was that the rulers stayed in power and weren't forced to give up any privileges.

Finally, there were those who chose the tactic of claiming that there was no political basis for the protests: all this was just a colonial conspiracy to exploit the region's potential and resources. 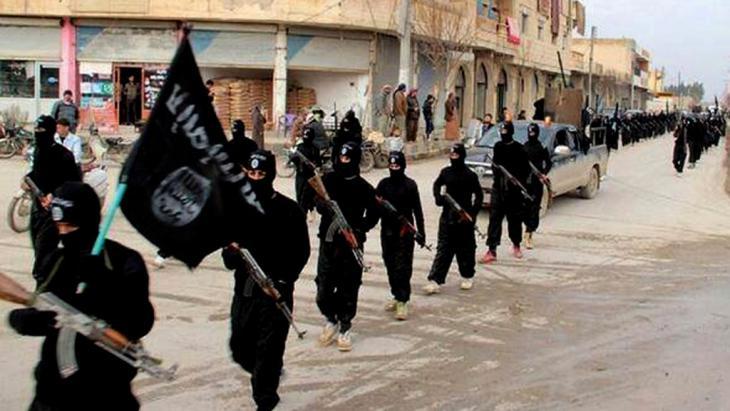 Radical, anti-democracy, brutal and blinded by their own interpretation of religion: "The jihadis," writes Akram al-Bunni on the aftermath of the Arab Spring, "were delighted with the sectarian violence unleashed in Iraq, Syria and Yemen, in light of which they were able to continue their shallow discourse, which makes a mockery of all religious belief."

Stifled by the Islamists and jihadis

As usual in our Islamic culture, political Islamists and extremist jihadis helped to stifle the Arab Spring.

The former had their own experience of state despotism, which is why they also set themselves (at least outwardly) against the tyranny of the old regimes. This allowed them to jump on the protest bandwagon and in some places finally gain some power themselves, only to immediately retract their own demands for democracy and the rule of law (as in the case of Egypt). In so doing, they revealed their sick, monopolistic political self-image with which they attempted to reproduce a dictatorship in a new guise.

The jihadis, on the other hand, were delighted with the sectarian violence unleashed in Iraq, Syria and Yemen, in light of which they were able to continue their shallow discourse, which makes a mockery of all religious belief. Their "caliphate" leaves no room for human rights, plurality or a fulfilling life. Here, reason and thought are frowned upon, and slaughtering people in public has been declared a legitimate act.

Another of the peculiarities of our region is that Israel is also helping to shape the fate of the Arab Spring. After all, when Israel says something, the West listens carefully, and it was not really in Israel's interest for its neighbouring countries to become genuine democracies.

Or is Tel Aviv not afraid of the prospect of a truly free Arab people, who would become economically, politically and militarily proactive? Wouldn't this at the very least threaten the image that Israel has given itself, and with which it appeals to the rest of the world: Israel as the only free country in a desert of tyranny? And hasn't Israel's experience also taught us that negotiating with corrupt dictators who smother their own population and squander their own national resources is the more likely route to success? 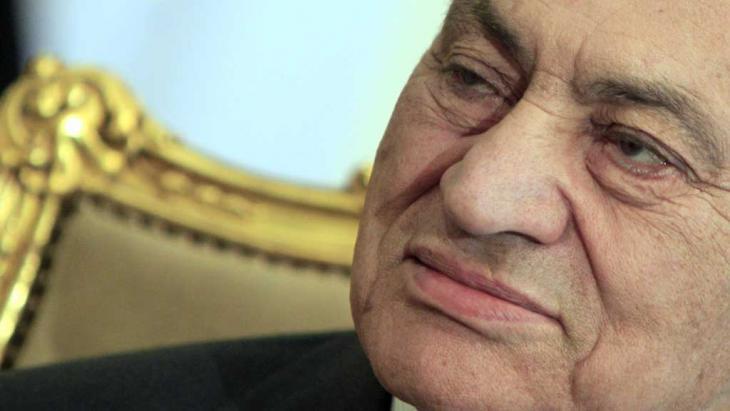 According to Akram al-Bunni, the regimes across the Arab world reacted differently to the protests at the start of the Arab Spring: former Egyptian President Hosni Mubarak was one of the Arab leaders who stood firm in the face of the early protests, preferring to crush resistance mercilessly rather than cede an inch of power or make any concessions

The regime as the enemy of change

But the picture becomes clearest when we take into consideration the complicity of most Arab regimes in standing firm against the winds of change. There seemed to be a tacit agreement between all heads of state to be on the alert for the consequences of a successful democratic change for the societies of the region.

Even the Western nations seemed to have been thrown into a quandary by the Arab Spring, in spite of all their protestations that they support democracy and human rights. Perhaps this was because after their enthusiasm for the earlier "Greater Middle East" project, there was disappointment over the meagre results of the fight against terrorism.

Perhaps it was because people had hoped for more from the strategy of smoothing the way for moderate Islamists in order to allow more political freedom and pull the rug out from under the extremists.

Or perhaps it was because co-operating with tyrannical regimes seemed like the safest way to protect their own interests, which we can currently see in those areas where the West is being forced to play more and more trump cards in the face of increasing conflicts over influence and power in order to take action against its opponents.

Placing their own interests above general principles and values is a policy that the West has practised repeatedly and unscrupulously. This is demonstrated most clearly by the completely different ways in which Western nations dealt with the revolutions in Libya and Syria.

In spite of the dramatic situation in Syria, with all the deaths, destruction and displacement, the West simply stood by and watched. After all, Syria is poor and costly at the same time, and we can see how the brutal war there is bleeding all sides in the conflict dry – perhaps until the last remaining Syrian is dead! 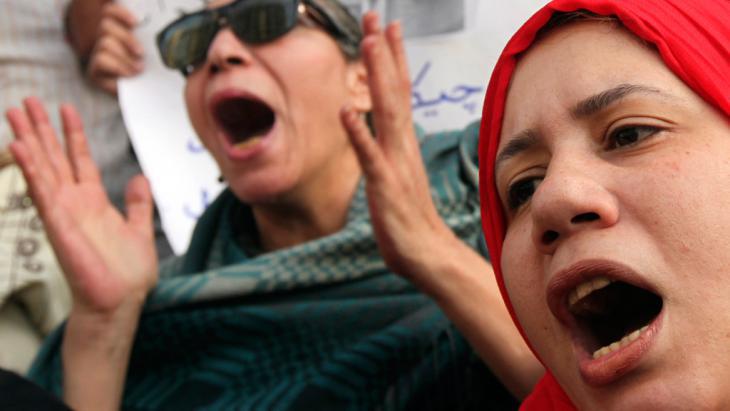 Oppressed by their governments, disillusioned and sidelined by the Islamists, abandoned by the West: many of the movements in the Middle East that sought genuine democratic change have been let down by all sides since the start of the Arab Spring

In Libya, on the other hand, the West rushed to launch a direct military intervention, because there was the promise of the control and distribution of huge oil reserves, even if this meant plunging the country into a war that would cause it to disintegrate into regions and feudal principalities.

The fact is that globally, no population that has fought for democracy and freedom has ever had so many enemies as the peoples of the Arab world do today – not in Eastern Europe, Latin America, or Africa. The Arab Spring movement saw it was alone and naked in front of tyrannical regimes, whose violence knew no bounds, and Islamist and extremist groups, who went to great lengths to rob it of all hope. This marginalised the movement to such a degree that it no longer presented a political alternative.

On top of this, there was a regional and Arab complicity that aimed to crush the tender buds of this Spring and stifle all democratic momentum. The rulers were able to bank on hesitation and passivity from the international community. It seemed as though they were all saying the same thing: be warned about what you might set in motion if you try to take control of your own fate and your own resources! Yes, they warned the people against dreaming of freedom and dignity and setting up a democracy that would rid them of the tyranny.

But even worse than that is the fact that these deeply egotistical powers, which are driven by their own interests, are using the catastrophes, victims and destruction in some countries of the Arab Spring to make people regret ever having taken to the streets against their oppressors in an attempt to shake off decades of bitter tyranny.

Will this kind of ruthless behaviour achieve its goal? Or will history once again confirm that a people that wants freedom and dignity will achieve its goal even if it has to make the greatest sacrifices?

The Syrian dissident Akram al-Bunni is a well-known writer. He spent 16 years as a political prisoner in the high-security prison Tadmor. His brother is the well-known human rights lawyer Anwar al-Bunni.

Social media make many things possible – including the unwanted circulation of intimate private photos. This has given rise to new forms of crime and sexual blackmail. An ... END_OF_DOCUMENT_TOKEN_TO_BE_REPLACED

The change in U.S. president is also having an impact on the conflict between Turkey and Greece. Since the USA has started to play the Greek card, the strategic situation in the ... END_OF_DOCUMENT_TOKEN_TO_BE_REPLACED

Arab women played a leading role in the protest movement of 2011. Since then, ongoing social transformation has had a considerable impact on their lives. What is their assessment ... END_OF_DOCUMENT_TOKEN_TO_BE_REPLACED

They’ve already got the Louvre; they’ll soon have a Guggenheim Museum as well – and now the Emirates have added literature to their quest for cultural supremacy in the Arab world ... END_OF_DOCUMENT_TOKEN_TO_BE_REPLACED

Years in the making, Sisi's elite New Administrative Capital will isolate most Egyptians from their centres of government in an effort to fortify the regime against any social ... END_OF_DOCUMENT_TOKEN_TO_BE_REPLACED

Professor Timothy Brennan's "Places of Mind: A Life of Edward Said" is a detailed biography of one of the most important intellectuals of the twentieth century, taking us on a ... END_OF_DOCUMENT_TOKEN_TO_BE_REPLACED

Comments for this article: The end of all hope

When do we read articles about Arab affairs that do not portray them as uniquely heroic, resourceful and betrayed.
The catechism has now been promulgated.

END_OF_DOCUMENT_TOKEN_TO_BE_REPLACED
Social media
and networks
Subscribe to our
newsletter