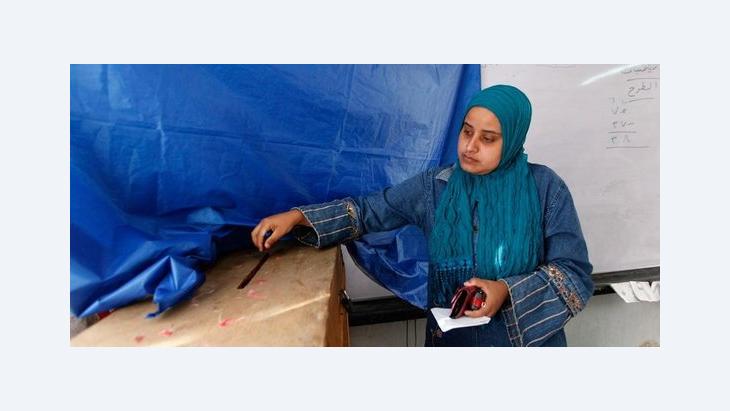 The Arab Spring and the Failure of Egyptian Secularism
Opportunity Missed

Although the early uprisings in Tunisia and Egypt were markedly secular and free of ideology, it was Islamists in both countries that swept the board in recent parliamentary elections. Amira Galal examines where it all went wrong for Arab liberal secularists and suggests what they could do to reconnect with the masses

For years, academic papers and symposiums have argued that Arab liberal secularism has failed. Although that may have seemed clear, it has always been the hope of Arab liberals and secularists that the pundits could be mistaken and that a golden age of liberal values and secular ideologies would one day re-emerge.

Liberalism in the Arab world has had its day and fallen along with the unsuccessful ideological experiments of pan-Arab socialism in Egypt, Syria and Iraq. The unfolding of the Arab Spring has underscored this reality and made it glaringly obvious, not only to academics but, to even the most casual observer.

The uprisings in Egypt and Tunisia at the beginning of last year were not initially led by Islamists, but were largely secular and free of ideology. Many liberals had hoped that this symbolised a renaissance of their values. However, Islamist electoral victories in both Tunisia and Egypt have unequivocally dispelled this dream.

Failure to capitalise on the uprisings 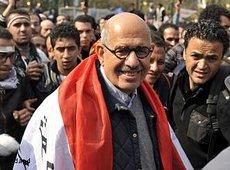 Pro-reform leader and Nobel peace laureate Mohamed El-Baradei seemed to have all the credentials of a leader, but according to Amira Galal, his "lack of charisma and distance from the 'common man'" put paid to his chances of becoming president

​​Karl Sharro, a commentator on the Middle East, points bitterly to the secularists' lack of self critique and a complete inability to engage with the masses: "This disconnect between the secularist elites and the Arab masses is clearly illustrated in their patronising attitude. They constantly speak of 'education' and 'raising awareness', the preferred tools for social engineering they like to borrow from Western liberal democracies."

Sharro continues by pointing out the rather ineffectual methods they employed to gain support. "Rather than addressing the real political and economic challenges through ambitious programmes that could gain them popular support, they persist in alienating their audiences with superficial initiatives that rarely address the reality of peoples' lives. They continue to pour so much time and energy into insignificant initiatives – like getting Twitter trending topics or hare-brained publicity stunts like flash-mobs in Western capitals – as if this is the culmination of political struggle. They would rather win the battle for victimhood status in Western media rather than connecting with a genuine popular support base at home."

Among Western and Arab liberals, there is a morbid fear of connecting political trends with social realities, as if debating the subject of social class may invalidate their existence. However, the poor in Egypt readily equate liberalism with the social elites and the "outside" West, saying that the values of the mainly rich, English speaking upper middle classes do not even seek to represent them, but are simply the self-indulgent games of those who do not have to worry about survival.

This takes on particular poignancy in a country where almost 50 per cent live on or below the poverty line, where a marked divide between the peasant and "pasha" has existed for centuries and where political and cultural imperialism are deeply rooted in history.

The rather cruel and exaggerated "scandals" about Muhammad el-Baradei illustrated this mistrust of a Western educated, English speaking, expat opposition and a growing trend of conservatism inside the country. El-Baradei's campaign was also not helped by his indecisiveness and reluctance to step into the role of the leader of the Tahrir revolutionaries. Despite the fact that his post-revolution plan for transition was one of the most workable, El Baradei's lack of charisma and distance from the "common man" destroyed his campaign and eventually saw him bow out of the presidential race.

The roots of the Islamic movements' popular support 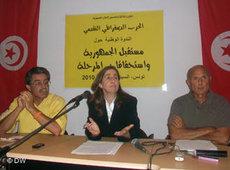 The Progressive Democratic Party of Tunisia was just one of a number of liberal secularist parties in the Arab world that hoped and was expected to do well in free elections; the party instead suffered a bitter defeat at the hands of the Islamists

​​Although published ten years ago, Carrie Wickham's book Mobilizing Islam clearly explains the existing tension between rich and poor. She explains how Islamic politics has risen out of necessity and is a reaction to the elite's side-lining of the problems of the poor. When secular authoritarianism failed to provide economic growth, social equity or political rights, many turned to Islamic movements, more as a vote against the status quo than as a vote for Islamism.

The increased presence of Islamic opposition movements did not necessarily strip liberal secularists of the chance to reinvent themselves and gain a solid support base amongst the revolutionaries of Tahrir and the Egyptian population at large. But while the liberals have spent the last 30 years disorganised and fractured, torn apart on small details, far removed from any realistic policies, the Islamists have been working hard, recruiting members and establishing themselves as indispensable pillars of society.

The liberal focus on the intellectual writers, artists and journalists (e.g. Hamdeen Sabahi or Bouthaina Kamel) contrasts sharply with the Brotherhood's support base, which encompasses a far broader cross-section of society, but has traditionally focused on the poor and marginalised. A lot can be said for the Muslim Brotherhood's provision of practical aid for these people, stepping into a void left by the government, providing hospitals, schools and soup kitchens to those who desperately needed them.

﻿An event in recent history etched upon the memory of Egypt's majority youth population is the large-scale destruction caused by the earthquake that hit Egypt in 1992, destroying most of the poorer areas of Cairo. The Muslim Brotherhood rushed in with medical and housing aid within hours of the earthquake occurring, whereas the government took several days to mobilize a response.

The institutionalisation of Islamic movements provided further motivation for support of the Brotherhood; for instance, membership could provide the links one would need to get a good job, an easy way of acquiring wasta (connections or influence), such networking opportunities and social mobility for all classes were not even put on the table by the liberal elites.

"Indispensable pillars of society": although not initially at the forefront of the uprising, the Muslim Brotherhood and its political party, the FJP, have widespread support because they have been addressing the needs and problems of the people for years

If Egypt's liberal secularists are ever to gain a foothold in Egyptian politics, then they must be willing to accept criticism and avoid blaming illiteracy or the ignorance of the lower classes for their failures. They must step away from the limelight of the international media and concentrate on devising practical and realistic social policies, which would then be fully implemented.

Egypt's liberals need to gain the trust of Egyptians, proving that not only do they care about their everyday difficulties, but also, that they understand them, are working hard to solve them and are delivering results.

Egypt is now in the twenty-first century and it is no longer so easy for the rich to turn a blind eye to the poor, just as it is impossible, with mass communication and media, for the poor not to notice the vast cultural divide that exists in society. Egypt's liberals need to prove that they are Egyptian, not through rhetoric, but by extending a hand to those less fortunate than themselves and making the welfare of the nation as a whole their priority.

Home
Print
Newsletter
More on this topic
Egypt a Year after the the Revolution: From a Secular Uprising to a Muslim Democracy?The Islamist Election Victory in Tunisia: Ennahda – Asset or Threat?Tunisia's First Free Elections: ''Everybody Wants To Do Their Own Thing''Interview with Ahmed Shebani: For a Secular and Democratic Libya
Related Topics
Arab Spring, Arabellion, Democracy and civil society, Islamism | Political Islam, Muslim Brotherhood, Secularism in the Islamic world, Sharia
All Topics

Any reconciliation between Turkey and Syria’s Assad regime would have disastrous consequences for many Syrians, explains Syria expert Kristin Helberg END_OF_DOCUMENT_TOKEN_TO_BE_REPLACED

There are signs of an imminent normalisation of relations between Turkey and Syria. This would allow Erdogan to score political points domestically before the upcoming elections ... END_OF_DOCUMENT_TOKEN_TO_BE_REPLACED

As Syrian camps housing families of Islamic State fighters get more dangerous, there are calls to bring children out, even if the mothers don't want to go. The idea of separating ... END_OF_DOCUMENT_TOKEN_TO_BE_REPLACED

Where are the measures to deal with the looming challenges facing the Arab world? In this commentary, Marwan Muasher warns that the region is in grave danger of falling behind ... END_OF_DOCUMENT_TOKEN_TO_BE_REPLACED

At the end of every year, the team at Qantara.de gives you a run-down of the ten most-read articles on the site over the past 12 months. Here is a quick overview of the stories ... END_OF_DOCUMENT_TOKEN_TO_BE_REPLACED

Social engagement is often motivated by religious factors. A new book explores the background to these community efforts and appraises how effective they are in helping to ... END_OF_DOCUMENT_TOKEN_TO_BE_REPLACED
Author:
Amira Galal
Date:
Mail:
Send via mail

END_OF_DOCUMENT_TOKEN_TO_BE_REPLACED
Social media
and networks
Subscribe to our
newsletter