In similar fashion it can be determined that in Arab Spring nations, counter-revolutionary forces have comprehensively succeeded in regaining control. But the questions thrown up by the Arab Spring are now firmly on the table. They arose from the awareness that changes to the political structures in the Arab world are now imperative and that the constant failure of nations must be brought to an end. These questions were never previously posed with such vehemence, not even during the era following the devastating defeat of 1967.

The Arab Spring revolutions have confronted the Arab world with questions that pose existential challenges. For example, concerning the relationship between rulers and the ruled, or the establishment of conditions in which the populace can genuinely act with confidence. But also the situation of women in Arab societies and the overcoming of all the forms of discrimination they are subjected to.

Also presenting itself is the question of a prudent economic policy to free Arab societies from their reliance on sources of revenue such as oil and remittances from labour migrants abroad. Not least, the revolutions have also thrown up the question of the role of religion in the public sphere. 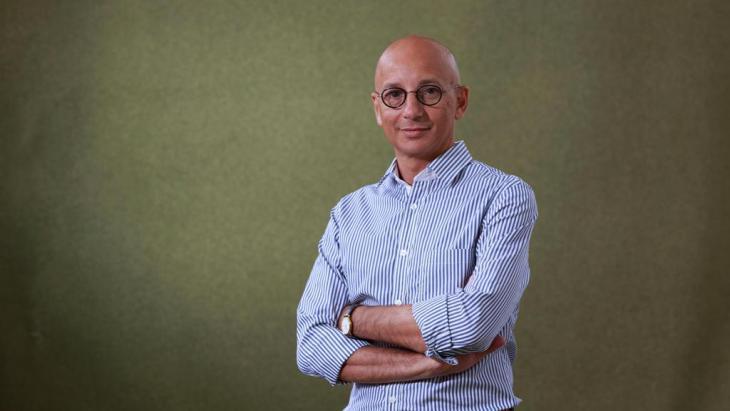 Prominent Egyptian historian Khaled Fahmy was formerly head of historical sciences at the American University in Cairo (AUC). He currently lectures at Harvard

Ruling regimes have always claimed to have an answer to all these questions. But with the outbreak of the Arab revolutions in 2011 it became clear that these claims were nothing more than lies and idle talk. And furthermore, that any promises made by counterrevolutionary forces to restore stability and security are just an illusion.

The Arab revolutionaries are the only protagonists that have made any serious effort to address the structural crisis currently facing Arab societies. The regimes, on the other hand, continue to limit themselves to the deployment of raw, excessive violence and acts of retaliation against their enemies. That said, the genie is out of the bottle and despite all their desperate attempts, Arab regimes will not succeed in driving it back in.

Chinese President Xi Jinping's visit to Saudi Arabia in December 2022 may have rattled Washington, but it simply highlighted the Arabs’ desire to diversify their foreign relations ... END_OF_DOCUMENT_TOKEN_TO_BE_REPLACED

Nouara may be 65, but she is ready to join thousands of others who burn their ID and pay traffickers for the chance of a new life in Europe. Zineb Bettayeb reports END_OF_DOCUMENT_TOKEN_TO_BE_REPLACED

In Doha, Arabs from Morocco, Tunisia, Egypt and Algeria are gathering to celebrate the first ever FIFA World Cup to be held on Arab soil. The criticism from Europe? Over the top, ... END_OF_DOCUMENT_TOKEN_TO_BE_REPLACED

"Rebel Game: The Power of Football in the Middle East and the Qatar World Cup", an anthology published by Middle East researchers Jan Busse and Rene Wildangel, takes the upcoming ... END_OF_DOCUMENT_TOKEN_TO_BE_REPLACED

After a two-year hiatus, the Arab League re-convened at the beginning of November in Algiers against a backdrop of uncertainty and discord. By Pierre Boussel END_OF_DOCUMENT_TOKEN_TO_BE_REPLACED

END_OF_DOCUMENT_TOKEN_TO_BE_REPLACED
Social media
and networks
Subscribe to our
newsletter