Thirdly, the growing importance of the social dimension as the revolutions progressed was evident in both the Arab Spring and the "Spring of Nations".

Although in their early stages, both the Arab and the European revolutions were restricted to ousting the relevant regime and social reforms were not an objective, in both cases socio-economic problems quickly emerged as the focus of revolutionary aspirations.

In Europe, the social dimension found its expression first and foremost in demands for a reduction in working hours, for permission to form trade unions and, in the case of Hungary and Austria, the abolition of serfdom.

In the same way, the growing interest in womenʹs rights, social justice, independent trade unions and the battle for academic freedom during the course of the revolutions are representative of the significance of social issues to the Arab Spring.

Failed revolutions and the restoration of the status quo

Fourthly, what the "Spring of Nations" and the Arab Spring also have in common is that the romantic ideas that underpinned their designation would very soon turn out to be just that. Neither was destined to succeed and the "Spring of Nations" quickly turned into a long and icy winter. Shortly after the outbreak of the European revolutions in February 1848, repressive monarchies succeeded in reasserting their control after realising that not only were the revolutionaries unable to pose a serious threat to the state apparatus, they were also unable to count on support from the military. 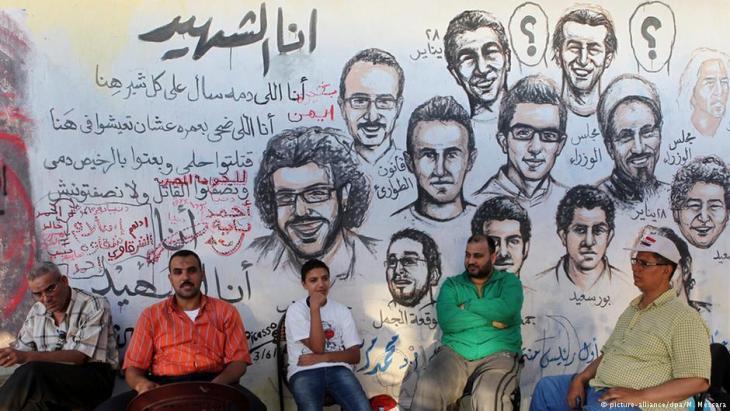 Former icons of the pro-democracy rebellion are now incarcerated: many Egyptian Arabellion activists have either gone into hiding, left the country or remain in prison. Sisi had reason to clamp down hard on the revolutionaries: "In Egypt, the counter-revolution under the leadership of Abdul Fattah al-Sisi would not have been possible without generous financial support from Saudi Arabia and the Emirates," writes Khaled Fahmy

By contrast, thanks to the co-operation of Church and Monarchy, as well as the mutual offers of support by reactionary regimes, the counter-revolution was successful. A classic example of this kind of support was provided by the Tsar of Russia, who sent a 300,000-strong army into Hungary to crush the revolution there.

Analogously, in the case of the Arab Spring the counter-revolutions were for the most part successful because the Gulf monarchies supported the reactionary powers that had come under pressure from the revolutions. A clear illustration of this support is the fact that in March 2011, the Gulf Cooperation Council sent troops to Bahrain to tackle the revolution there.

In Egypt too, the counter-revolution under the leadership of Abdul Fattah al-Sisi would not have been possible without generous financial support from Saudi Arabia and the Emirates.

Fifthly and lastly, a further parallel between the Arab Spring and the "Spring of Nations" is that both represent a turning point in the recent history of Europe, as well as that of the Arab world. It may be the case that the "Spring of Nations" became a long cold winter, and that the reactionary regimes very quickly regained the ground they had lost in just a few months of 1848. It is also true to say that they succeeded in making an example of the workers, journalists, lawyers and trade unionists that led the many different revolutionary movements.

Nevertheless, the goals of the revolutions that the European masses vociferously demanded in rural and urban areas during the year 1848 largely dictated the political process in the second half of the 19th century. The "Spring of Nations" led to fundamental changes in the political, societal and cultural landscape of European countries.

"The people aren’t ready for democracy" has been the constitutional basis for Arab tyranny, its favourite slogan and its sacred narrative for more than a century. Yet, asks Khaled ... END_OF_DOCUMENT_TOKEN_TO_BE_REPLACED

As current events continue to remind us, people all over the world are constantly being forced into exile. "Songs of Exile", created by Algerian Berber exile Abderrahmane Abdelli ... END_OF_DOCUMENT_TOKEN_TO_BE_REPLACED

A new survey by Arab Barometer adds numbers to the narrative that COVID has led to a harsher reality for women in the Middle East and North Africa. By Jennifer Holleis and Razan ... END_OF_DOCUMENT_TOKEN_TO_BE_REPLACED

Algerian scholar Said Djabelkhir rejects the charge of "offending Islam". In interview with Ismail Assam, he maintains that he has been wilfully misconstrued. At the same time, he ... END_OF_DOCUMENT_TOKEN_TO_BE_REPLACED

END_OF_DOCUMENT_TOKEN_TO_BE_REPLACED
Social media
and networks
Subscribe to our
newsletter