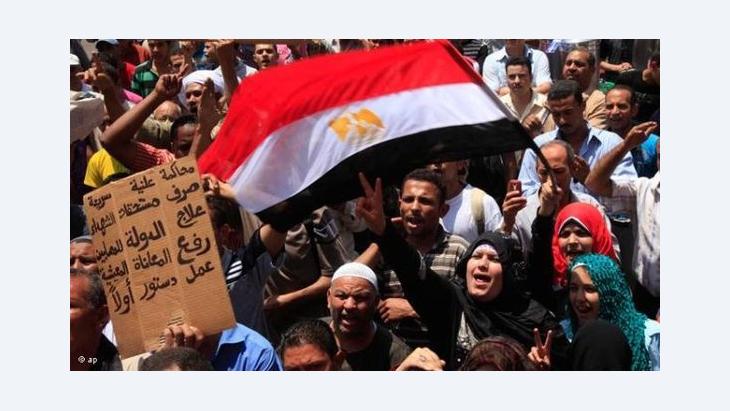 The Arab Spring's Balance Sheet
The Grapes of Arab Wrath

﻿According to Wadah Khanfar, the West has to wake up and accept the Arab people's will, recognize the scale of the historic change sweeping through the region and support genuine democracy in the Arab world. If the Arab Spring fails, the result will not be a return to pro-West dictatorships, but the triggering of a "tsunami of rage"

Last year's events in Egypt and Tunisia drew the curtain on a tottering old order and delivered much of the Arab world into a long-awaited new era. But what that new era will look like remains very much an open question, given the many challenges that the region's countries still face.

The old order that has begun to vanish extends beyond the former regimes. The region's entire value system – a political culture forged by autocracy – is being transformed. Arab men and women have shed the sense of humiliation and inferiority that despotism imposed on them and that fostered desperation, anger, violence and insularity.

This transformation, though far from complete – indeed, it may well last years – has nonetheless started to bear fruit. If the 2011 uprisings had not occurred, we would now be witnessing another year of autocracy, with more talk of dynastic successions. That would mean further humiliation for ordinary people, who bear the brunt of corruption, as government officials and their crony capitalists continued to siphon off public funds. 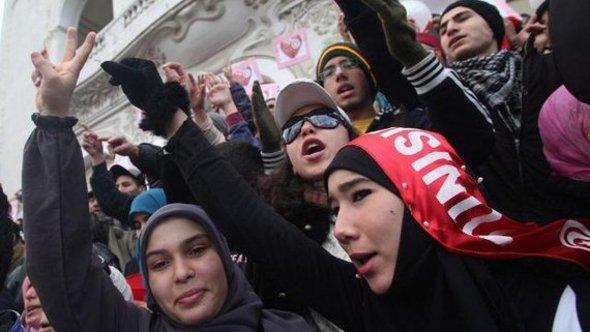 The uprising of the Arab youth: according to Wadah Khanfar, young people in the Arab world showed courage and gave people back their self-confidence; nevertheless, it remains to be seen what form the new order in the post-revolutionary Arab world will take

The Arab media would still be heaping uncritical praise on the region's presidents and their families, while development programmes would be looted by them. Education would continue to stagnate, and Arab societies, which are divided across sectarian, tribal and regional lines, would experience rising levels of retribution and violence.

The infamous "death boats", on which hundreds of young North African men risked their lives every year in search of employment and a better life abroad, would continue to deliver those who survived the journey onto Europe's unwelcoming shores. And Arabs' rage would reach unprecedented levels, causing utter mayhem and destruction.

The Arab youth has rescued the Arab world from this fate. Their conscientiousness and integrity have restored people's self-confidence. The old regimes' opponents have demonstrated bravery without recklessness and differences of opinion without bigotry.

United in their fight against oppression and tyranny: Tawakkul Karman, the "Mother of the Yemeni revolution", is fighting side by side with liberals and left-wing demonstrators for real democratic change

Indeed, we have seen Islamists, liberals and leftists standing together in defiance. We have seen Muslims and Copts protect each other in Cairo. In Yemen, we have seen local tribesmen follow a woman, Nobel Peace Prize winner Tawakkul Karman, in the fight for freedom. And we have seen the Arab media foster a mature debate about democracy, constitutionalism and the role of Islam in the modern state, rather than dispensing disinformation and crass propaganda.

But the transformation must not stop here. The new and old political forces should initiate a dialogue to create a consensus on the rules of political engagement. As the people become their own masters, those who fail to engage in this process will eventually find themselves without political power.

Other countries in the region and beyond should embrace the Arab Spring. In particular, the members of the Gulf Cooperation Council (GCC) should abandon their hesitance to support the post-revolution governments. Ultimately, the changes occurring in the Arab world will contribute to the entire region's economic prosperity and political stability. 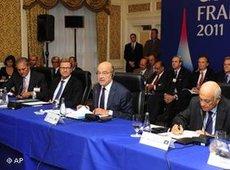 Will the EU give real support to the emerging democracies in the Middle East and North Africa? Wadah Khanfar is convinced that the ongoing economic crisis will put paid to the financial support that was promised, at least for the time being

​​Today, Tunisia and Egypt are experiencing severe economic crises. Before Tunisia's revolution, for example, 500,000 people out of its labour force of 3.6 million were unemployed; that number has since risen to 700,000. Egypt has lost roughly $ 9 billion in capital flight in recent months. Yet according to Egypt's prime minister, Kamal al-Ganzouri, the country's Arab "brethren" have delivered only $ 1 billion of the $ 10.5 billion in aid and loans that they promised.

In addition, Tunisia and Egypt have so far received none of the $ 35 billion promised by the G-8 countries. Moreover, given the current global economic crisis, the funds are not likely to be forthcoming in the near future.

The region's emerging democracies urgently need an Arab initiative that resembles the Marshall Plan – a programme to attract large-scale investment in infrastructure, industry and agriculture (and in the region's wealth of untapped technical skills), thereby boosting employment. The initiative should also encourage free movement of goods and people within the region by lifting the customs restrictions and complicated procedures that hinder bilateral and multilateral trade. Creating regional development banks and building a Mediterranean express railway from Alexandria to Rabat would serve this goal.

But long-term investments will not solve the immediate crisis. Egypt and Tunisia need immediate cash deposits and grants, and their newly elected leaderships should not be forced to resort to begging. In the past, the Gulf countries have supported Egypt and Tunisia. It is now in the GCC's best interests to support them again as they make the transition to freedom.

The dire consequences of failure

"There is nothing more dangerous than aborted dreams, especially when those dreams may be the last chance for change," writes former director-general of Al Jazeera Wadah Khanfar

​​Meanwhile, the United States and the European Union should recognize the nature and depth of the unfolding changes. The Arab public is fully aware of the close alliances that existed between the West and the now-defunct despotic regimes, yet they have exhibited no desire for vengeance or retribution towards the West.

It is past time for the West to accept the Arab people's will and to stop exaggerating the repercussions of change. The West must support genuine democracy in the Arab world. If the Arab Spring is aborted, the result will be not dictatorships that are loyal to the West, but rather a tsunami of rage that will spare no one. There is nothing more dangerous than aborted dreams, especially when those dreams may be the last chance for change.

Wadah Khanfar is former director-general of Al Jazeera. He is currently chairman of The Sharq Forum, an NGO promoting reform across the Arab world.

Home
Print
Newsletter
More on this topic
Political Prospects after the Arab Spring: At a CrossroadsTwelve Months after the Start of the Arab Spring: Year Two of the Rebellions''Diary of the Arab Revolution'': Portraits of the Common Man in the Time of UpheavalQantara dossier: Uprisings in the Arab World
Related Topics
Arab Spring, Arabellion, Democracy and civil society, Egypt Revolution 2011, Islam and democracy, Islam and the West, Islamism | Political Islam, Pan-Arabism | Arab Nationalism, Salafis | Salafism
All Topics

Alaa Abd el-Fattah, arguably Egypt’s most prominent democracy activist, has just been handed another lengthy prison sentence. Despite this, a book of his writing has recently been ... END_OF_DOCUMENT_TOKEN_TO_BE_REPLACED

People in Arab countries have been talking more openly about sex and sexuality for some time now, especially on social media. And for the first time ever, they have the vocabulary ... END_OF_DOCUMENT_TOKEN_TO_BE_REPLACED

A prominent rights group in Egypt, the Arabic Network for Human Rights, is ending operations just as the country braces for a controversial NGO law. Is this the beginning of the ... END_OF_DOCUMENT_TOKEN_TO_BE_REPLACED

Moncef Marzouki was Tunisia's first democratically elected president after the fall of dictator Ben Ali. Today he is the most prominent critic of increasingly counter- ... END_OF_DOCUMENT_TOKEN_TO_BE_REPLACED

Asef Bayat, professor of Sociology at the University of Illinois, Urbana-Champaign, has been studying revolutions and how they affect people since 1979. In his recent book, " ... END_OF_DOCUMENT_TOKEN_TO_BE_REPLACED

Every year in December, the team at Qantara.de takes a look back at the articles that proved most popular with our readers. This year is no different. Here is a run-down of the ... END_OF_DOCUMENT_TOKEN_TO_BE_REPLACED
Author:
Wadah Khanfar
Date:
Mail:
Send via mail

END_OF_DOCUMENT_TOKEN_TO_BE_REPLACED
Social media
and networks
Subscribe to our
newsletter