Skip to main content
The Arab Uprising in the Gulf Region

The Potential for Further Protest

Bahrain's King declares a state of emergency, the Sultan of Oman sacks ministers following demonstrations: Protests in the Arab world are also unsettling the remaining four oil monarchies on the Gulf. Just how secure is the situation there? Christoph Dreyer investigates 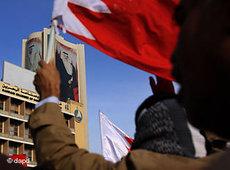 Protesting against a "two-tier system": Many Bahraini Shiites believe that members of the Sunni minority are given preferential treatment by the authorities. They are calling for an end to discrimination and greater powers for the elected parliament

​​The rulers' concern is tangible. The Cooperation Council for the Arab States of the Gulf has pledged economic aid to the two countries currently experiencing unrest, and even despatched soldiers to Bahrain to bolster support for the King there. But on the Gulf, protest assumes different forms: While in Bahrain, the Shiite majority conducts street battles with security forces and Saudi troops have marched into the country, in the United Arab Emirates, headlines are being made by an Internet petition in favour of direct parliamentary elections.

Christian Koch from the "Gulf Research Center" in Dubai says that people in the UAE have increasingly been posing critical questions on subjects such as corruption or how public money is spent. He does not however expect political upheaval on the scale seen in Egypt and Tunisia. This is because ruling families in the Gulf region as a whole, and particularly in the UAE, are greatly respected by the people and enjoy a high degree of legitimacy. "Their rule has not yet been directly questioned," reasons Koch. "It's more a sense that there is a reform process occurring that is gradually extending the participatory rights of the population."

In the UAE, it is hardly surprising that citizens are keen to retain stable political conditions for demographic reasons alone. At just 18 percent of the population, they are in the minority as opposed to foreign migrant workers, who make up the vast majority. Additionally, they also benefit adequately from the wealth of ruling families. The same goes for Qatar – equally not viewed as a hot candidate for the next protest wave.

Kuwait an exception to the rule 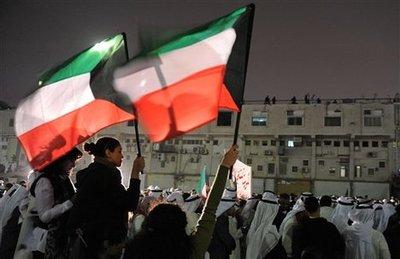 Committed to greater democracy and freedom: In Kuwait in early March, hundreds of demonstrators called for the resignation of Prime Minister Sheikh Nasser al-Mohammed al-Sabah and more political co-determination

​​Political exchange in Kuwait has always been more lively. The country's parliament has been stepping up its intervention into government business since the 1960s. After the death of a man in police custody, parliamentarians forced the resignation of the interior minister in January 2011. Even the prime minister was made to face questions in parliament. In the meantime, demonstrators have also begun calling for his resignation and more political freedom. Not even tear gas can dissuade them from pursuing their protest action.

But Gulf analyst Koch does not perceive any real threat to the monarchy. The protests took place as part of rallies that are commonplace anyway in Kuwait, he says, and recalls his first visit to the nation in 1993. At the time he was invited to a dewaniya, a traditional discussion group conducted in a private context, at which political questions are also debated. The first question up for discussion was how to unseat the royal family. 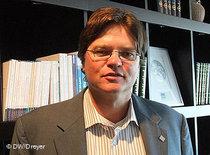 Christian Koch says the unrest in Kuwait does not pose a threat to the ruling dynasty, and that the scale of protests has been limited. In addition, unlike other Arab nations, Kuwait has a very strong parliament.

​​"I immediately thought 'oh my God, the security forces are about to show up'," says Koch. "But it's simply an intrinsic part of the nation's political culture, and the royal family has always had to attune itself to this."

Which leaves Saudi Arabia, the great unknown. The first "Day of Anger" declared by cyber activists via Facebook amounted to nothing initially. This was due to threats of punishment from the government and a massive police presence on the streets. Only the Shiites – a minority primarily concentrated in the east of the country – repeatedly demonstrate and just like their fellow believers in nearby Bahrain, complain about discrimination.

Is the calm in Saudi Arabia deceptive?

Theodore Karasik from the Institute for Near East & Gulf Military Analysis (INEGMA) in Dubai believes that if a protest movement did swing into gear, it could definitely spread to other parts of the country. 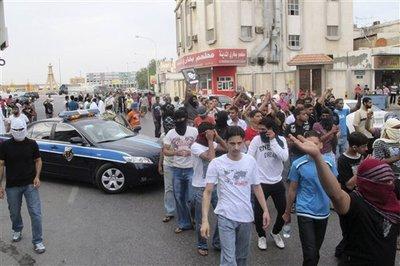 "The cat is out of the bag": Many people in the eastern Saudi city of al-Qatif and the surrounding regions are demanding political reforms as well as equality for Sunnis and Shiites

​​He says that although the situation in Saudi Arabia may appear to be calm, other problems have been fermenting such as who is to succeed the nation's ageing rulers. This has resulted in a kind of political paralysis, says Karasik, who adds: "The knock-on effect on young people, unemployment and bleak educational and job prospects also leave the system vulnerable."

What has been lacking up to now is an organised opposition. In Saudi Arabia, only intellectuals and other individuals make public statements. So who might drive a protest movement comparable to those in Egypt or Tunisia? "That's going to have to be something spontaneous," says Karasik. At the moment, it is not known who might be considered for such a role. "But don't forget, the coup in Egypt had no leader. That makes it all the more interesting."

Other experts and diplomats are more sceptical. They argue that there is quite simply no tradition of marching on the streets for a cause. It will probably stay just the way it is, with critical statements from intellectuals and a few petitions sent to the royal household – just as it was after the 1991 Gulf War, when there were rumbles of protest within the nation. Political adviser Karasik, on the other hand, is not ruling out the possibility that a protest movement could pose a threat to the monarchy: "The cat is out of the bag, Pandora's box has been opened. Now, anything is possible," he says.

Saudi Arabia and the Protests in the Arab World
A Colossus with Feet of Clay
King Abdullah of Saudi Arabia may have promised to carry out some tentative reform measures in his country as a consequence of the popular uprisings in the Arab world, but if the government in Riyadh does not change its policies, particularly with regard to the Shiites, the Kingdom may well be headed for trouble. By Guido Steinberg

Unrest in the Arab World
The Battle for Bahrain
The uprising in Manama differs from the recent mass protests that toppled long-time rulers in North Africa. In his essay, Barak Barfi expresses the opinion that sectarianism and the security forces' complete loyalty to the monarchy seriously diminishes the likelihood of peaceful regime change in Bahrain

International relations are shifting across the Middle East as regional powers adapt to America's retrenchment and China's growing influence. Although the region could become the ... END_OF_DOCUMENT_TOKEN_TO_BE_REPLACED

"The people aren’t ready for democracy" has been the constitutional basis for Arab tyranny, its favourite slogan and its sacred narrative for more than a century. Yet, asks Khaled ... END_OF_DOCUMENT_TOKEN_TO_BE_REPLACED

Caught up in discussions on the future of local Afghan forces and new Islamist threats, people are failing to grasp the historic scale of the debacle, argues Stefan Buchen in his ... END_OF_DOCUMENT_TOKEN_TO_BE_REPLACED

The coronavirus pandemic has turned lives upside down all over the world. In the Middle Ages, however, people lived with epidemics all the time. The best and most famous ... END_OF_DOCUMENT_TOKEN_TO_BE_REPLACED

The Saudi national team is set to play the German Olympic squad at the Olympics in Tokyo later this month – a chance for the outsiders to make their mark. At the same time, and ... END_OF_DOCUMENT_TOKEN_TO_BE_REPLACED
Date:
Mail:
Send via mail

END_OF_DOCUMENT_TOKEN_TO_BE_REPLACED
Social media
and networks
Subscribe to our
newsletter