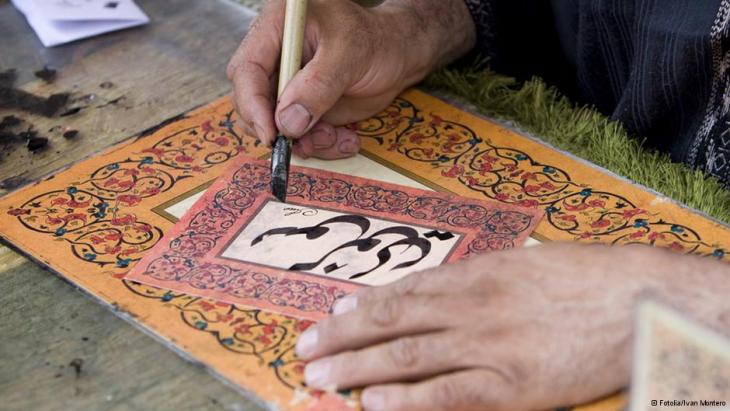 The Arab world
Arabic: the last tie that binds

In terms of politics, economics, religion and culture, the paths of the Arab states diverge. The once proclaimed unity between them has been consigned to the history books. Only one thing still binds them together: the Arabic language. By Kersten Knipp

"Iqra!" – "Read!" There is no misinterpreting the command received by Mohammed, the founder of Islam in the early seventh century. Islamic tradition tells us that God Himself gave Mohammed the command, and His prophet could no nothing but obey. He read aloud to his people what had been dictated to him from on high, and what they heard had its very own, very special sound.

It is no coincidence that the name of the Muslims' holy book, the Koran (also spelled "Quran" or "Qur'an"), is made up of the three Arabic consonants "q", "r" and the glottal stop "hamza", uncommon in European languages. "Koran" means "that which is to be read". It was made to be read aloud, so that listeners hear the characteristic sound of its language.

According to the Bonn-based scholar of Islamic Studies Stefan Wild, the experience of recognising oneself in the Arabic language and of hearing that it too is capable of expressing the theological ideas of the day was a key factor in the success of the new religion.

"To a certain extent, the Koran was not written in Arabic by chance; it is above all an Arabic Koran, as it says in the text itself. In the early days of the Arabic religion, the main feature of this new religion was not the fact that it contained new ideas about God, the angels and the prophets. It was the fact that all these things, which had previously been said and thought in other languages, were now revealed in Arabic."

Arabic and Islam form a tightly interwoven unit. And while the Arabs advanced westwards and eastwards little by little from the seventh century onwards, conquering ever larger territories as they went, they spread their culture twofold: in the form of religion and language.

Members of other faiths did of course live under their rule. But at least in terms of language, their subjects were always henceforth closely interwoven with the new rulers. "The non-Muslims – for instance the Christians in Lebanon and Iraq – did not convert to Islam, but they did adopt the dominant cultural language that was Arabic," explains Wild. 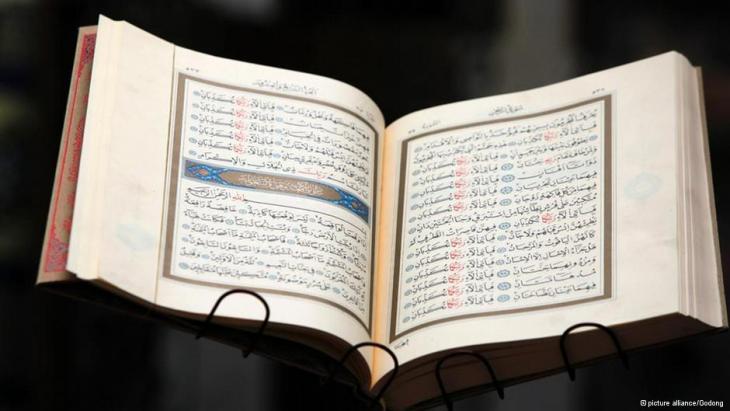 According to Stefan Wild, it was not by chance that the Koran was written in Arabic: "In the early days of the Arabic religion, the main feature of this new religion was not the fact that it contained new ideas about God, the angels and the prophets. It was the fact that all these things, which had previously been said and thought in other languages, were now revealed in Arabic."

German philosophers in the Orient

Just as in the times of Islamic expansion, Arabic remained the uniting factor when the empires stretching from the Persian Gulf to the Atlantic went into political decline. In the sixteenth century, the Ottomans advanced further and further, conquering one Arab province after another. These territories remained under Constantinople's rule for over three hundred years. From this point on, the Ottoman language – an early form of modern Turkish – was the official language of the Arab world. Then, in the nineteenth century, the former Arab provinces turned back to their roots and rebelled against their foreign rulers.

"In rising up against the polyglot Ottoman Empire with its many peoples," says Stefan Wild, "Arabic played a major role as a national language. Arab scholars referred to the German philosophers Fichte and Herder to explain how Arabic could be a uniting factor. They pointed out the parallels with German: a common language that was a link between all the various small German states. It was a very common idea in the eighteenth and nineteenth centuries. The idea that Arabic, given enough support and distribution, could be the uniting tie for a great Arab nation was inspired by the Germans."

In the twentieth century too, Arabic played a major role – perhaps even the decisive role – in the shaping of the region's sense of identity. It became increasingly apparent that the region's states were moving in different directions. Some, primarily Egypt, Syria, Algeria and the Republic of Yemen, launched socialist-nationalist experiments and sought contact with the Soviet Union. Others, predominantly Saudi Arabia and other states in the Arabian Peninsula, cultivated a conservative form of Islam that regulated large parts of public life.

There was no way to bring these two directions together ideologically, and the idea of unity between Arab states became less and less viable. That, says Stefan Wild, is also reflected in the central body of these states, the Arab League. "I have the impression that the only thing that has ever held the Arab League together is Arabic. Only the language, High Arabic, can keep this world together." 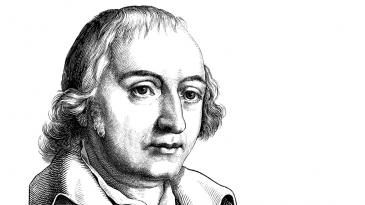 Johann Gottfried Herder was a German poet, translator, theologian and philosopher of history and culture. He is also considered one of the fathers of Arab nationalism

In this millennium, the Arab Spring has shown all too clearly how far societies in the Arab countries are drifting apart, even within national boundaries. Rich and poor, educated and illiterate, believers and non-believers ... they all have very different interests, ideas and lifestyles. The question as to what holds societies together is a very urgent one in the Arab countries, just as it is elsewhere. In some cases, the answers take the form of violence, above all in Syria.

Thus, the relationship between the Arab states is just as fragile as the relationships between the various classes inside each country. Due to digitalisation, Arabic news and information channels have introduced a new kind of unity: Al Jazeera, Al Arabiya and others bring Arabs around the world up to the same information level. Opinions on the reporting, however, vary greatly. The only agreement is that linguistic unity ought to be retained.

Many Arab writers share this view. Says Stefan Wild: "Many writers warn that Arabic dialects are finding their way into contemporary literature. They fear that there may one day be Egyptian Arabic, Moroccan Arabic and Iraqi Arabic, for example. These variants, they worry, would then drift further and further apart."

So what is it that holds the Arab world together? Not a great deal. In terms of politics, economics, religion and culture, the region's countries are taking different paths. Yet there was one reason why the uprising that began in Tunisia was able to spread to other countries: the people of the region feel spontaneous ties to one another. They may well argue over values and lifestyles, but they do so in Arabic.

It is language that holds their world together across all borders; it is language that – as in the case of the recent uprisings – has helped shake the systems to their foundations. Let us hope then that it is also language that will ultimately help the Arab world to move forward again.

The book "The Invention of the Maghreb: between Africa and the Middle East" prompts us to review basic terminology. This includes terms that we use almost every day as if they are ... END_OF_DOCUMENT_TOKEN_TO_BE_REPLACED

The term "Tuareg" refers to tribes and nomads who speak dialects of Tuareg and live in Targa, an area in south-west Libya recently renamed Wadi Al-Hayat but previously known as ... END_OF_DOCUMENT_TOKEN_TO_BE_REPLACED

Where are the measures to deal with the looming challenges facing the Arab world? In this commentary, Marwan Muasher warns that the region is in grave danger of falling behind ... END_OF_DOCUMENT_TOKEN_TO_BE_REPLACED

At the end of every year, the team at Qantara.de gives you a run-down of the ten most-read articles on the site over the past 12 months. Here is a quick overview of the stories ... END_OF_DOCUMENT_TOKEN_TO_BE_REPLACED

According to a recent survey, half of all Iranians say that they have left Islam as a religion, while two-thirds believe Islamic law should be excluded from their legal system. In ... END_OF_DOCUMENT_TOKEN_TO_BE_REPLACED

Tunisians go to the polls to elect a new parliament on Saturday, 17 December. The election is likely to result in a dummy parliament, sealing its undemocratic credentials. This is ... END_OF_DOCUMENT_TOKEN_TO_BE_REPLACED

Comments for this article: Arabic: the last tie that binds

This strikes me as a

This strikes me as a superficial article.

I don't speak Arabic nor do I know a great deal about it. But I've read enough and spoken to enough Arabic speakers to know that there are big differences in the way it is spoken -- big enough to cause confusion among speakers from different regions -- and that the standard written form does not easily reflect modern spoken Arabic in several countries.

I recall, for instance, that when the Arab Spring began in Tunisia, one of the first things to change was that news broadcasters and politicians begin speaking on the air and publicly in something close to the way Arabic is spoken in the street; the formal form up until then had been something like classical Arabic. This was quite shocking to many.

So I really wonder: Will Arabic really be the tie that binds? Or will we see regional differences -- the impact of the renaissance of Berber, for instance -- actually make "standard" Arabic less popular and therefore less of a unifying factor?

I wouldn't expect Arabic to improve unless people start speaking Fusha Arabic in their daily conversations instead of street Arabic.

END_OF_DOCUMENT_TOKEN_TO_BE_REPLACED
Social media
and networks
Subscribe to our
newsletter