Eyes Firmly on the Past

The well-known writer and media expert Khaled Hroub is critical of those who champion "cultural particularism" in the Arab world. He sees this way of thinking as being nothing more than a method of defending Arab despotism and the backwardness of the region 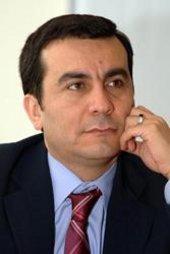 ​​ "Globalisation threatens our cultural particularism: the danger that our culture, language and religion will be wiped out must be firmly confronted!" One often hears such statements in discussions on the relationship between Muslim Arab societies and globalisation. The confrontation is spoken about as if it were a kind of "traditional obligation."

Two issues require analysis: firstly, what does one understand by cultural particularism, and secondly, what effects does globalisation have on the cultures of the world.

Cultural particularism can mean a variety of things: tradition and religion, conscious and unconscious social conventions, values which regulate behaviour, attitudes towards beauty and ugliness together with the forms of political domination and social conformity which result from them.

What is cultural particularism?

Those among the Arab elites who champion the concept of cultural particularism are inclined to assume an inner unity within this particularism. But, in practice, this unity is lacking within any existing cultural system.

"The clash within civilisations"

Many of those who believe in the theory of the "Clash of Civilisations" forget to note that the "Clash within Civilisations" can sometimes be more extreme. To put it succinctly: it is highly questionable as to whether there really is a rigid, unique and continuous model of cultural particularism. 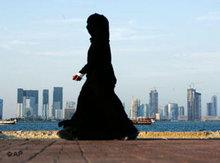 Globalisation is made out to be the enemy of an independent cultural identity. But it is rather civilisations which cut themselves off which are characterised by stagnation

​​ If cultures were monolithic, the chances for fruitful coexistence with other cultures would be closed to them – and perhaps that is a reason why contemporary Muslim civilisation is stagnant.

The alternative has always been found in forms of flexible, open particularism – not in closed-off structures. It is open structures which bring forth civilisations which are able to adopt new ideas, and which are able to benefit from the assimilation of the experience of others. In the period of its greatest flowering, the Arab Muslim civilisation was a perfect example of this.

Globalisation as an imaginary enemy

The current controversy in the Arab Muslim world over cultural particularism fails to take into account two facts: firstly, the reality of modern society, and secondly, its historical experience. Some champions of the concept conjure up tensions and conflict with an imaginary enemy: globalisation.

The discussion has little to do with the reality of Arab society. Currently in any case, one can scarcely speak of an "annihilation" of Arab culture; on the contrary, Arab culture is currently going through one of its most thriving periods. The core elements of Arab culture – which those who have built up this spectre of globalisation see as being under threat – are the Arabic language, religion and tradition, and all of them are thriving under the globalisation which Arab societies are currently experiencing. 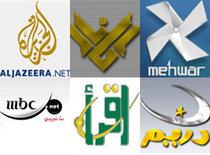 For Hroub, there is no "annihiliation" of Arab culture – indeed, Arab culture is thriving; the Arabic language is not just being promoted by Al Jazeera or the Egyptian station Al-Mehwar

​​ There's no doubt that Arab societies have become more religious – more religious than before globalisation. Standard Arabic is used in radio and television stations, in the press, in schools and universities. Arab society is characterised by conservatism, not openness. But where is the formidable threat to our cultural particularism, so often invoked, which is said to stem from globalisation?

The discussion also bears little relation to the history of Arab and Muslim civilisation if it assumes a rigid, closed cultural particularism in the past. That is clearly contradicted by the historical experience of Muslim societies: they were characterised by openness, adaptability and self-confidence.

The idea of "cultural particularism" is also dangerous insofar as it is exploited as a useful means of defending every aspect of Arab backwardness and Arab despotism. If one asks about the domination of women by men in the region, the answer is that this is one of the elements of "our cultural particularism." 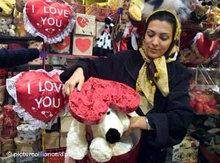 In some Muslim countries it is forbidden to celebrate Valentine's Day. Khaled Hroub doubts that globalisation threatens the cultural identity of the Arab world; he thinks the insulation of society from the outside world would serve mainly to ensure that they remain in power

​​ If one asks about the universality of human rights, including the right of the individual to freedom of opinion, one is told that such a "wide opening of the doors of freedom" threatens our cultural particularism. And if one goes a step further and asks how far democracy needs to go, one is met with the same argument: democracy is not appropriate to Arab society and its cultural particularism.

It is strange that this "Alliance to Defend Cultural Particularism" has very varied members. Rulers join together with tribal groups, representatives of political Islam or anti-globalisation activists from all shades of the political spectrum.

Rigid view of the outside world

The Arab elites defend this diffuse concept of "cultural particularism." For many who sympathise with it, it has become a romantic image of an imaginary situation which has little to do with the demands of our increasingly globalised world.

In reality, holding on to this concept with such persistence encourages a rigid view of the outside world, characterised by deep mistrust, and implying that everything which comes to us from this outside world must be a source of destruction and annihilation. It is as if the outside world has no other interest than to conspire against this "cultural particularism" and destroy it.

This leads in the end to an overemphasis on "cultural particularism" and – as a result of this sense of threat – to an increasing distance between Arab societies and the rest of the world. This is the case even though contemporary Arab societies want to liberate themselves from such rigid ways of thinking, and would rather meet the changes and challenges of the modern world with a spirit of openness.

Dr. KHALED HROUB is director of the Cambridge Arab Media Project (CAMP) at the Centre of Middle Eastern and Islamic Studies (CMEIS) of the University of Cambridge. He's a well-known writer with leading Arab dailies, such as Al-Hayat and Al-Bayan, and he presents programmes on Al Jazeera TV.

Arab Media under Discussion
"In the Arab World, the Media Are Seen as Part of the Conflict"
What effect do images have on television viewers, and what are their expectations of the media? Qantara.de talked with three Arab media representatives, Khaled Hroub, Nakhle El Hage, and Aktham Suliman

François Zabbal
"Arab Intellectuals Avoid Critical Issues"
During the past decade, most Arab intellectuals on the scene have felt themselves obliged to outbid each other in decrying globalisation without even asking themselves if it is not in fact an unstoppable process calling for a specific thought-out response from society. A critical analysis by François Zabbal

END_OF_DOCUMENT_TOKEN_TO_BE_REPLACED
Social media
and networks
Subscribe to our
newsletter