"The Arabian Nights"
Obscene Pornography or a Great Work of Culture?

There are always voices in the Arab world that want to censor, "purify" or even ban The Arabian Nights. The latest call comes from a group of conservative lawyers in Egypt who have gone to court over the matter. They want to take a new edition off the market and replace it with an edition from which all "obscene" words have been removed. Samir Grees explains the background to the case

There are always voices in the Arab world that want to censor, "purify" or even ban The Arabian Nights. The latest call comes from a group of conservative lawyers in Egypt who have gone to court over the matter. They want to take a new edition off the market and replace it with an edition from which all "obscene" words have been removed. Samir Grees explains the background to the case

​​ There can be few works that have fascinated their readers around the world as much as The Arabian Nights: Tales of 1,001 Nights. For some people, the tales – taken from Indian, Persian and Arabic sources and told by Scheherazade – are almost as popular as the Bible and Shakespeare. Many writers, among them Voltaire, Goethe and Borges, have said how much they admire the stories and admit how indebted they are to them.

The book is banned in Saudi-Arabia. In Egypt, a group of lawyers recently went to court to get a new edition of the work taken off the market so that it could be purified of its "shameless sexual vocabulary" before it is reprinted. Ayman Imam, one of the lawyers, told Deutsche Welle that the words were "damaging to morals" and should not be read by children or young people. 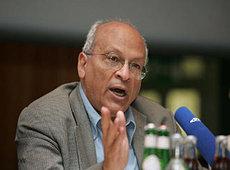 The well-known writer and journalist Gamal al-Ghitani considers the case brought against his publishing company to be an Islamist campaign not only against The Arabian Nights, but also against Egyptian intellectuals as a whole

​​ The controversial new edition appeared in Cairo in a low-priced, state-sponsored series called "Al-Dhakair" ("The Treasures"), which is edited by the well-known novelist Gamal al-Ghitani. He sees the court case as part of a campaign against Egyptian intellectuals and an attempt to put the government under pressure to ban the work. He told Deutsche Welle, "The case may have been brought against The Arabian Nights, but in fact it's part of the fundamentalist movement in Egypt, which wants to found a religious state."

The extremists, he added, even reject the Arab cultural heritage. "They speak and they confiscate in the name of religion," he said. "But Islamic culture reached its greatest flowering during a period when there was unrestricted freedom of opinion." That's the reason he founded the series. He wanted "to publish once more the unique texts of the Arab heritage, which can scarcely be printed any longer in the region because of increasing Wahhabi influence."

Popular around the world

"The Arabian Nights is part of humanity's cultural heritage, like Homer's Iliad and Odyssey," says Al-Ghitani, pointing to the work's global fame. Many universities throughout the world study it: the University of Erlangen in Germany is holding an international conference on it on 25 May. There was a conference in Abu Dhabi in December 2009.

"I was surprised how much influence The Arabian Nights had in Japan, India and South-East Asia," says Al-Ghitani. "The work is world literature, and that's why it's the task of intellectuals throughout the world to stand up in defence of it." 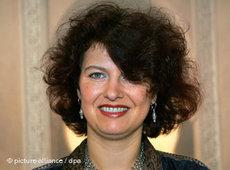 Fighting for freedom and against censorship: the renowned Arabist and German translator of The Arabian Nights: Tales of 1,00041 Nights is opposed to changing the text of this classic of world literature or deleting passages from it

​​ The German orientalist Claudia Ott agrees. She translated the book into German in 2004 and she said in an interview with the German press agency dpa that she rejected any suggestion that parts of the book should be censored, or sentences removed, on grounds of morality.

It's not the first time that The Arabian Nights have led to angry debate in Egypt. In 1985, a group of Islamists managed to win an injunction removing the book from the market. A year later, a higher court reversed the decision. In that ruling, the tales of Scheherazade were described as "the most famous example of Arab and Muslim folklore." The chairman of the court said that one might remove the odd word from the book, but anyone who bought the book just to read the occasional sexual term must be either sick or stupid.

Interview with Claudia Ott
"Love is the Language of the Orient"
Following publication of her much praised German translation of The Thousand and One Nights, Claudia Ott has now turned her attention to the poetry of the Orient in Gold on Lapis Lazuli, an anthology of one hundred poems from three millennia of oriental love poetry. Mohamed Massad talked to the Arabist about the beauty and diversity of oriental poetry

The Egyptian Film "Speak, Sheherazade"
Breaking the Silence
While the stories of the clever storyteller Scheherazade from One Thousand and One Nights are entertaining, the anecdotes of the modern Scheherazade are painful: so we experience it in the new film "Speak, Scheherazade" which explores various forms of male violence against women. By Nelly Youssef

END_OF_DOCUMENT_TOKEN_TO_BE_REPLACED
Social media
and networks
Subscribe to our
newsletter