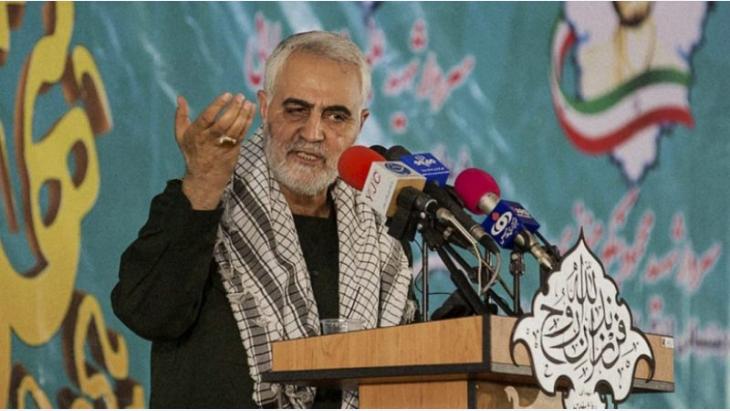 The assassination of Qassem Soleimani
U.S.-Iranian conflict set to escalate

Trump’s sweet revenge could swiftly turn bitter, after all the U.S. attack is a direct declaration of war against the Iranian Revolutionary Guard and its elite Quds troops commanded by Soleimani. By Karim El-Gawhary

U.S. drones fired missiles at Qassem Soleimani’s convoy as it arrived at Baghdad airport. The order came from U.S. President Donald Trump personally, and will have certainly successfully quenched his thirst for revenge in the short term.

It is his answer to the storming of the U.S. embassy by demonstrators a few days ago. These demonstrators were members of Kata’ib Hezbollah, one of the Shia militias in Iraq sponsored and controlled by Iran. For their part, these paramilitary groups were responding to an attack on their positions in Iraq by the U.S. Air Force a short time previously.

The Pentagon justified the hit on Soleimani by saying that he had been actively working on plans to attack American diplomats and troops in Iraq and the region as a whole.

Further escalation is now practically predestined. This is because the murdered Qassem Soleimani was no run-of-the-mill Iranian general. For the Iranian Revolutionary Guards he was an heroic figure directly subordinate to Iran’s Supreme Leader Ayatollah Khamenei. But even this doesn’t go far enough to explain his significance. 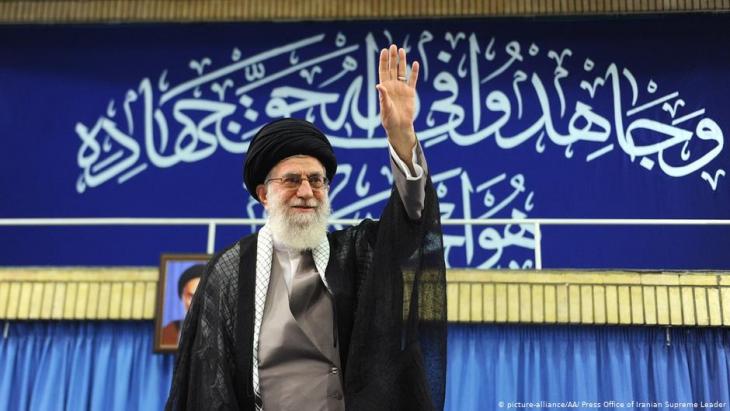 Soleimani was the architect of Iran’s policy of developing a network of Shia militias across the entire region. With the help of this policy, not only did the 62-year-old succeed in securing and expanding Iran’s sphere of influence, he also created instruments capable of acting militarily and politically as remote-controlled Iranian satellites.

The most prominent of these militias is the Hezbollah in Lebanon, but there are also numerous Shia militias and their parties that call the political shots in Baghdad. Soleimani’s remote-controlled troops are also fighting on Assad’s side in Syria, and have decisively helped the Syrian dictator to seal his military victories of recent years against the Syrian rebels. The Houthi rebels in Yemen were also part of Soleimani’s strategy to expand the Iranian sphere of influence.

It is precisely this network, put together by Soleimani, that makes the current situation and the response to his murder so dangerous and unpredictable. The existence of this network means he created many fronts to which each and every opponent of Iran must attune itself.

Unlike U.S. military interventions in the region thus far, for example against Saddam Hussein’s Iraq or against the Taliban in Afghanistan, this means a conflict against Iran is not limited to territory within its national borders. That is Soleimani’s most important legacy, one with which the Iranian regime can now respond to his killing.

"When two elephants fight, it’s the grass that suffers"

The first front is likely to emerge in Iraq, between the Shia militias there and remaining U.S. troops and U.S. interests. Most Iraqis, who are not members of the Shia militias, can only look on in this conflict. They are familiar with the proverb "When two elephants fight, it’s the grass that suffers".

But also, U.S. embassies and U.S. interests in all other countries with Shia militias are now vulnerable to attack. The Iranians can also deploy the network of Shia militias to make life more difficult for U.S. allies in the region, such as Israel and Saudi Arabia. They can also attack oil installations and tankers.

Because Saudi Arabia produces 10 percent of oil sold globally, this meant that the global oil market was suddenly hit with a five percent deficit in its supply of black gold. It therefore comes as no surprise to learn that the news of Soleimani’s murder alone was enough to push the price of oil up four percent.

And the Iranian leadership has already made it unequivocally clear that Tehran will retaliate. "Soleimani’s work and his path will not be stopped, but severe revenge awaits the criminals" wrote Supreme Leader Ayatollah Khamenei in a tribute read out on Iranian state television. "The murder of General Soleimani was extremely dangerous and will result in an escalation of the crisis," tweeted Iranian Foreign Minister Mohammed Jawad Zarif.

A spokesman for the Iranian government announced that the Iranian security apparatus would be meeting within just a few hours to discuss possible Iranian responses.

With an official three-day period of national mourning, Iran is for the moment pausing for breath in order to consider where and when it will hit back and where such an attack will hurt the U.S. or the global economy most. And as far as escalation possibilities for Iran are concerned, the options appear to be limitless.

The protests in Iran have entered their third week with no indication that Tehran is prepared to address the demands that are echoing through the streets. Radio Farda’s Hannah ... END_OF_DOCUMENT_TOKEN_TO_BE_REPLACED

Just as the Islamic Revolution fundamentally changed Iran 43 years ago and had an impact far beyond the country's borders, the current wave of protests sweeping the country is set ... END_OF_DOCUMENT_TOKEN_TO_BE_REPLACED

The death of Mahsa Amini at the hands of Iran's "guardians of morality" is only the latest, tragic example – in a neverending chain of state repression and excessive police ... END_OF_DOCUMENT_TOKEN_TO_BE_REPLACED

In "Iran. Die Freiheit ist weiblich", journalist Golineh Atai describes the dogged resistance of courageous Iranian women against the Islamic Republic and the mullahs who have ... END_OF_DOCUMENT_TOKEN_TO_BE_REPLACED

Iranian artist Parastou Forouhar has lived in Germany since 1991. Full of rage, just like the protesters, she hasn't yet given up on the idea of justice. By Julia Hitz END_OF_DOCUMENT_TOKEN_TO_BE_REPLACED

Fariduddin Attar’s "The Conference of the Birds", one of the seminal works of Islamic mysticism, has recently been published in sumptuously illustrated German translation. It ... END_OF_DOCUMENT_TOKEN_TO_BE_REPLACED
Author:
Karim El-Gawhary
Date:
Mail:
Send via mail

END_OF_DOCUMENT_TOKEN_TO_BE_REPLACED
Social media
and networks
Subscribe to our
newsletter