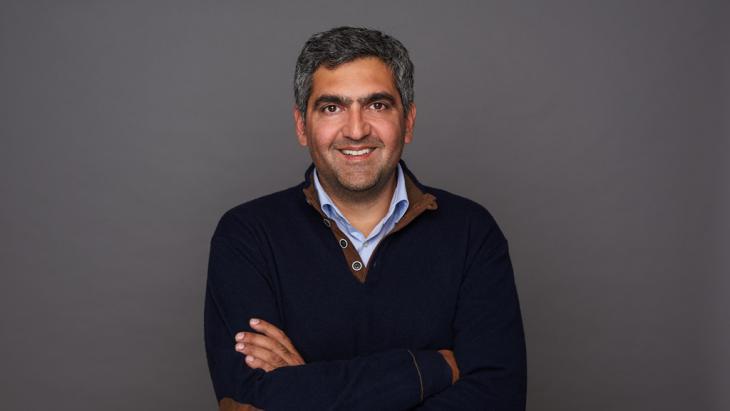 The association "Deutsch Plus"
Working for diversity in Germany

The association "Deutsch Plus" was founded in 2011 with the aim of promoting equal opportunities and participation for people with a migration background. The hope is that by embracing diversity, Germany can progress from being a country of immigration to becoming a true society of immigration. By Claudia Mende

Germany is a melting pot. Around 18.6 million people, or more than 20 per cent of the population, have either immigrated to Germany or have ancestors who came from somewhere else. The majority of them (9.6 million) hold a German passport. In many areas of society, however, the representation of people with a migration background does not correspond to their actual proportion of the population. Politics, public administration and business, as well as science and academia, culture and the media still do not adequately reflect the diversity of the population.

Second- and third-generation immigrants – whose parents focused their energies on ethnic clubs and associations – are now actively demanding equal opportunities and participation in society. A whole series of organisations has been set up in recent years specifically for this purpose; one of them is the association "Deutsch Plus" (German Plus).

Deutsch Plus is an initiative launched by young writers, filmmakers, scientists, scholars and entrepreneurs. The association's extended board includes social scientists such as Naika Foroutan and Esra Kücük and the social entrepreneur Murat Suner.

The chairman of the association is the political scientist Farhad Dilmaghani, who was State Secretary in Berlin's Senate Department for Labour, Integration and Women's Affairs from 2012 to 2013. The extended circle also includes around 400 sponsors and supporters throughout Germany.

The association was founded in part in response to the Sarrazin controversy in 2010. In his bestseller "Deutschland schafft sich ab" (Germany is abolishing itself), former Berlin Senator for Finance Thilo Sarrazin denigrated immigrants of Arab origin and contributed to aggravating stereotypes in society.

The Deutsch Plus network wanted to counter this trend by contributing to a better acceptance of diversity in society. For its chairman, Farhad Dilmaghani, it is clear that Germany will only succeed at becoming an immigration society if people embrace "diversity as one of the foundations of society". But Germany has not reached that point yet. 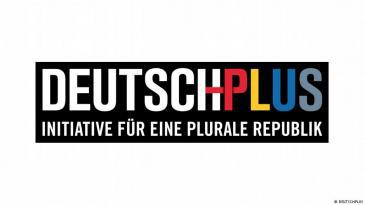 Working for diversity: Deutsch Plus is workig to ensure a better acceptance of diversity in society." For its chairman, Farhad Dilmaghani, it is clear that Germany will only succeed at becoming an immigration society if people embrace 'diversity as one of the foundations of society'," writes Claudia Mende

One important issue is the intercultural openness of institutions. To this end, Deutsch Plus in conjunction with the Robert Bosch Foundation offers a "diversity check" for state institutions, organisations and welfare associations.

Deutsch Plus then sets up workshops or individual consultations with these organisations to take stock of their current status and accompany them on their journey towards greater diversity, which can take from one to two years. They are also given the necessary tools for this process. Several public institutions at state and federal levels have availed of this service, including the Federal Ministry of Labour and Social Affairs in Berlin as well as welfare associations such as Diakonie.

For the public sector, intercultural opening has only been on the agenda for about the last ten years. The National Integration Plan launched by the federal government in 2007 called for the first time for an increase in the proportion of immigrants in the civil service. The aim here is for the composition of personnel in public authorities, ministries and offices to mirror that of the population as a whole.

Currently, the ratio of civil service employees with a migration background is only seven per cent. Moreover, they are more likely to have fixed-term contracts and less likely to hold tenured civil servant status than their colleagues without a migration background. The situation is different for works councils, for example. Their composition essentially corresponds to the diversity of the population. "In terms of the intercultural opening of state institutions, Germany is still for the most part a developing country," says Dilmaghani. Municipal administrations have made the most headway in this direction.

Progress is certainly being made, for example, in recruiting trainees with a migration background for the German police force, says Dilmaghani. Overall, however, far too little has been done to reflect the dynamics of an immigration society in public institutions. "We still have a long way to go." There is also less fluctuation in public institutions than in the private sector, so it takes longer for changes to become noticeable.

But human resources policies are only one aspect of intercultural opening. It is much more about changing the entire culture of an institution or organisation. This issue has an impact on both internal and external communications and can also lead to a revised set of services offered by public authorities or welfare associations. As with any change, the process of intercultural opening may lead to resistance among the workforce when new competition arrives on the scene.

New distribution battles are at the same time arising in society as the younger generation of immigrants make their way into academic professions, boasting better educational qualifications than their parents.

The current increase in anti-Muslim agitation, even resulting in physical assaults, for example on mosques or women wearing headscarves, can partly be seen against this backdrop. Dilmaghani therefore finds it particularly vital to better equip institutions to deal with emerging conflicts in an appropriate and civilised manner.

Immigrant organisations are increasingly giving voice to the concerns of the "new Germans". According to the federal government, there are currently around 20,000 such organisations in Germany. Many of them are still based more or less on voluntary commitment and are urgently in need of greater professionalism. For all the enthusiasm of the volunteers, these associations still have a lot of catching up to do when it comes, for example, to fundraising know-how and applying for public funding.

The new Deutsch Plus project "Voices for Diversity – Making Local Participation more Professional" offers these associations training and advice, but also wants to help them improve networking among themselves. It is funded by the Federal Ministry for Family Affairs. Preference is given to organisations from structurally weak regions such as eastern Germany and those that actively seek to combat racism.

Media debates frequently revolve around shortcomings in integration efforts. But this does not really reflect everyday experience, because integration is already part of everyday life in many places. People in Germany have long since come up with pragmatic solutions for many of the problems of day-to-day coexistence.

For Dilmaghani, this discrepancy between lived practice and media discourse reflects the power relations in society. Heterogeneity has not yet reached the elites, he says, because there is still not much diversity in editorial offices, political bodies or among top managers. "But they are the ones who shape the discourse and the mind-set," says Dilmaghani.

Despite the shift to the right in German society since 2015, mainly due to the rise of the AfD Party, which increasingly dictates the political agenda, Dilmaghani is not pessimistic about the future. He believes that the counter-forces in society are strong enough to buck the trend. The commitment demonstrated by so many people to aiding refugees has proven this. Dilmaghani is confident in Germany's ability to build on that commitment.

Her grandparents are Jews – born in Tunisia and Algeria. Director Cleo Cohen has now broken the silence about this with a very personal debut. By Nadine Wojcik END_OF_DOCUMENT_TOKEN_TO_BE_REPLACED

Life imprisonment for crimes against humanity: that was the sentence handed down to Anwar Raslan in the world's first trial of a member of the Syrian torture system. Matthias von ... END_OF_DOCUMENT_TOKEN_TO_BE_REPLACED

Every year in December, the team at Qantara.de takes a look back at the articles that proved most popular with our readers. This year is no different. Here is a run-down of the ... END_OF_DOCUMENT_TOKEN_TO_BE_REPLACED

With his new album, "A Voice Keeps Calling Me", the Persian santur player Kioomars Musayyebi is building bridges from Iran across the Arab world to European early music. By Stefan ... END_OF_DOCUMENT_TOKEN_TO_BE_REPLACED

Former lawyer Said Haider has invented a chatbot for those seeking advice on anti-discrimination issues – Meta is the first chatbot of its kind in the world. In conversation with ... END_OF_DOCUMENT_TOKEN_TO_BE_REPLACED

Benjamin Idriz, imam of the mosque in Penzberg near Munich, is one of the most prominent representatives of Islam in Germany. He sees his role as building bridges to mainstream ... END_OF_DOCUMENT_TOKEN_TO_BE_REPLACED
Author:
Claudia Mende
Date:
Mail:
Send via mail

END_OF_DOCUMENT_TOKEN_TO_BE_REPLACED
Social media
and networks
Subscribe to our
newsletter