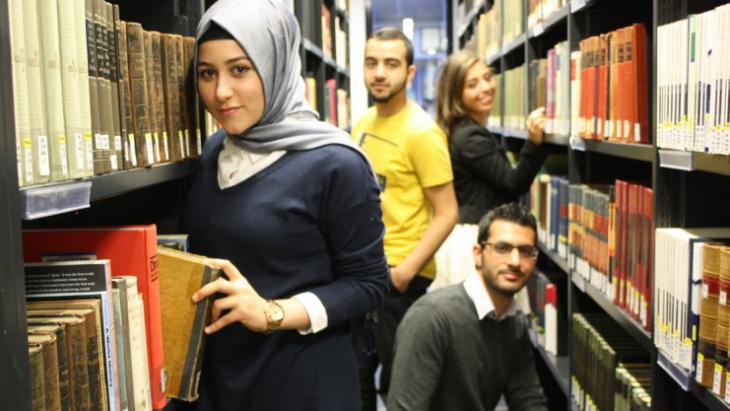 Avicenna is the first state-sponsored Muslim scholarship programme in Germany. It supports gifted and socially-committed students of all disciplines. Report by Arnd Zickgraf

They interpret, distribute clothing and explain to new-comers how people in Germany live: many Avicenna scholarship-holders help refugees on a voluntary basis. Some of them once even fled to Germany themselves with their families. "Given their linguistic and intercultural competencies they can function as translators and initial contact persons and in this way facilitate and accelerate the process of integration," says Hakan Tosuner, executive director of the Avicenna Studienwerk.

The first state-sponsored Muslim scholarship programme in Germany was set up in 2012 and is thus the most recent of the 13 such academic organisations recognised by the Federal Ministry for Education and Research (BMBF) for their promotion of talented students. "In addition to supporting four centres of Islamic studies in Germany, the Muslim scholarship programme represents another important step by the federal government in its integration policy," according to the Minister of Education Johanna Wanka.

Reflecting the diversity of the Muslim community

Avicenna has been supporting talented and socially-involved Muslim students and doctoral candidates with its scholarships since 2014. The BMBF will subsidise the programme until 2018 with the sum of almost ten million euros, while the Mercator Foundation contributed one million euros in the start-up phase. Also involved, albeit to a lesser degree, are two of the Islamic umbrella associations in Germany, Ditib and the Central Council of Muslims, as well as other actors within the Muslim community; their financial contribution is to be increased in the medium-term. 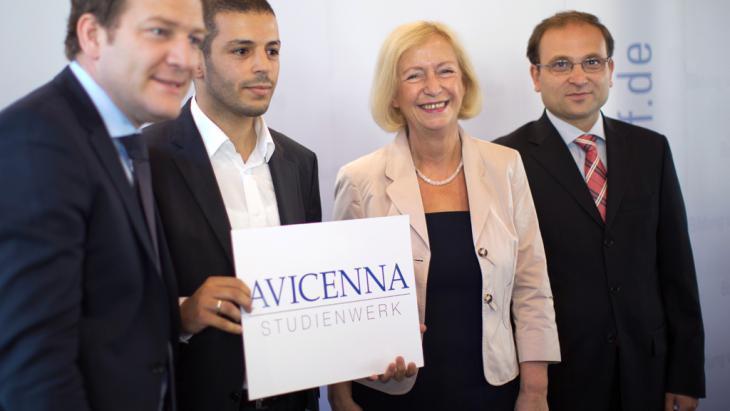 The Avicenna scholarship programme is named after an eleventh century Persian scholar. Avicenna is regarded as having been an important mediator between the Orient and Occident. Since the winter semester of 2014/15, Muslim students at German universities have been able to apply for a means-tested basic sum of up to 670 euros a month and a lump sum of 300 euros for tuition costs. Doctoral candidates receive 1,150 euros a month

The scholarship holders receive a basic sum of up to 670 euros a month and a lump sum of 300 euros for tuition costs. Doctoral candidates receive 1,150 euros a month. This offer is complemented by seminars on themes related to religion. When applying for a scholarship, social commitment counts alongside above average achievements. By contrast, whether the applicant is Sunni or Shia plays no role at all, according to executive director Tosuner. "The application forms do not record the applicant′s religion orientation, nor is this discussed in the selection interview." The academic programme strives to reflect the diversity of the Muslim community, both in the composition of the panels and in the choice of scholarship-holders.

Why sponsor according to religious affiliation?

But should there actually be state sponsorship of talented students according to their religious affiliation? The BMBF also supports Catholic and Protestant scholarship organisations. The Humanist Association of Germany sees this as discrimination against young people of no faith. "Students who do not ascribe to either the Christian, Jewish or Islamic faith are clearly at a disadvantage compared to religiously-oriented students." What is more, non-religious tax-payers contribute as much to the budget of the Ministry of Education as any other citizen.

Supporters of state subsidies for religiously-affiliated scholarship organisations argue, on the other hand, that these bodies reflect plurality and assume important social tasks, such as the promotion of socially-disadvantaged young people. The supporters also emphasise the aspect of integration. The scholarship-holders champion an open inclusive and diverse society where different life styles are respected and ambivalences tolerated. 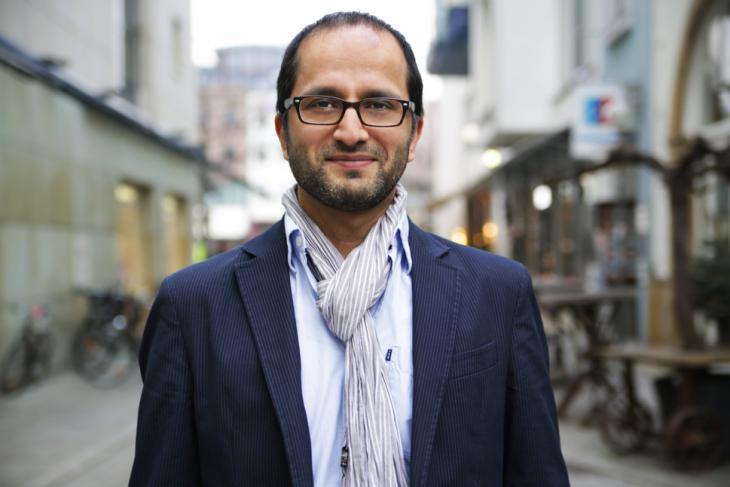 On principle, Avicenna promotes students in all disciplines – although many of them study subjects like medicine, law or economics. Most of the scholarship-holders are the first in their families to study. "They are ambitious students from difficult socio-economic circumstances," says Tosuner. Avicenna awarded its first 65 scholarships in 2014 and another 80 in 2015. "In 2018 we plan to have a pool of 500 scholarship-holders."

Currently most of these are women. In addition to outstanding academic achievements, the scholarship-holders also assume social responsibility, participating actively in mosque communities, working on university committees, in educational and youth facilities and in sports clubs. One female scholarship-holder has a trainer′s licence and trains a girls′ football team.

Yunus Emre Gullu is a scholarship-holder studying journalism in Berlin. He sees Avicenna as a great opportunity for young Muslims to take their place in society. "There is no sense in construing a scapegoat for the lack of success and perspectives." It is up to the young Muslims themselves and the support given by Avicenna is an important source of help along their way.

Dalia Hatuqa is an experienced journalist who has reported on the Israeli-Palestinian conflict from Ramallah, Washington DC and Amman. A writer for Time Magazine, Foreign Affairs ... END_OF_DOCUMENT_TOKEN_TO_BE_REPLACED

Since President Abdul Fattah al-Sisi seized power in Egypt in 2013, he has ruled the country with an iron fist. Civil society, opposition and free press struggle to survive. Tens ... END_OF_DOCUMENT_TOKEN_TO_BE_REPLACED

Many Turks are dissatisfied with the international status of their country. At the same time, opinion polls reveal great scepticism among the Turkish population towards the USA. ... END_OF_DOCUMENT_TOKEN_TO_BE_REPLACED

The German government is planning to legalise cannabis before the end of this legislative period. So what does Islam have to say about its consumption? Will changing the law alter ... END_OF_DOCUMENT_TOKEN_TO_BE_REPLACED

END_OF_DOCUMENT_TOKEN_TO_BE_REPLACED
Social media
and networks
Subscribe to our
newsletter