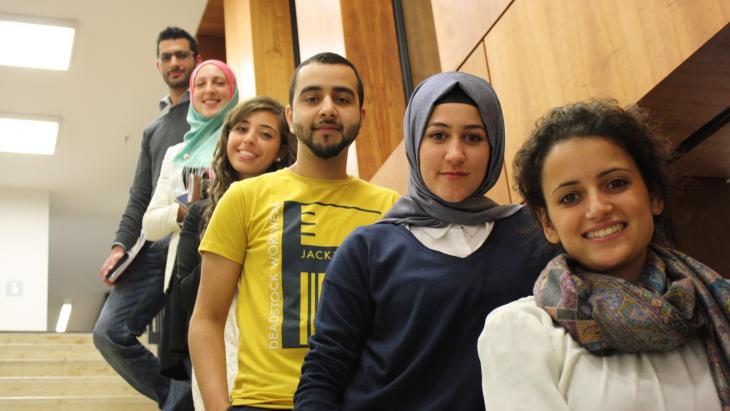 Named after an eleventh-century Persian scholar, the Avicenna scholarship programme will offer its first 50 scholarships to students for the coming winter semester 2014/15. It is the first programme of its kind for gifted Muslims in Germany. Thus far, the country has only had special religious scholarship programmes for Christians or Jews. Shohreh Karimian spoke to Beschir Hussain and Matthias Meyer, the initiators of this innovative programme

Mr Meyer, how did you come up with the idea of creating a scholarship programme specially for Muslim students?

Matthias Meyer: The debate about whether people of migrant background belong in Germany, which reached its low point with the publication of Thilo Sarrazin's controversial book on the subject, was an important motivation for us. The debate, which was mainly conducted in TV talk shows, strengthened me in my resolve to create structures that would enable the development of long-term support mechanisms for Muslims in Germany and recognise Muslim achievements.

I also felt personally offended by the debate because it attacked not only my own Muslim friends, but also millions of others who contribute to this country economically, culturally and personally every day.

The Avicenna Scholarship Programme for talented Muslims is the first of its kind in Germany. It received official approval from the country's Federal Ministry of Education and Research in July 2013 and will receive about €10 million in funding over the next three years

The establishment of the scholarship programme for Muslims is, I believe, important symbolically. It sends out a message that says, "you are not just a part of this society, you are people whose achievements and social commitment deserve to be supported and rewarded." It is about showing support, taking a stand for cultural and religious diversity in Germany.

Do you not think that state support for a single religious group separates rather than integrates?

Meyer: We believe that diversity and dialogue articulate a message that is opposed to separation. You need only look at the diversity of the groups within our own organisation to see people from completely different backgrounds working together on a communal project. What makes the Avicenna programme so special is that it represents the diversity of Islam in Germany and that it came about through dialogue between Sunni and Shia associations and Muslims from Arab, European and Turkish backgrounds. The diversity of faiths and beliefs and the communal dialogue is also something that will be reflected in the scholarship programme.

We are particularly interested in the degree of social responsibility and commitment shown by the scholarship students. The encouragement of these values is of crucial importance to our selection process and we specifically target such candidates for support. Rather than shutting themselves off, they are particularly committed to social cohesion; they see themselves as part of society as a whole and contribute to it through their initiatives and their social commitment. And that brings us back nicely to the reason why we chose our name. Ibn Sina (Avicenna) stands for the ability to build bridges, to translate, to share knowledge and to help others.

Do you co-operate with other foundations?

Meyer: From the outset, we have been generously supported by the Protestant, Catholic, and Jewish scholarship foundations. Dialogue with other scholarship organisations is very important to us. Some joint inter-religious events are planned as part of the wider programme offered to our scholarship holders, for example. 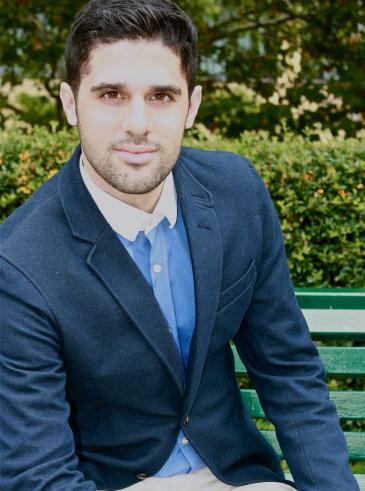 Mr Hussain, how important is a Muslim scholarship programme, especially in the context of the equal treatment of different religions?

Beschir Hussain: To us it seemed a very important and logical thing to do. It was important because Muslim students and doctoral candidates are clearly under-represented in German universities at the present time. And it was logical because the German government's pluralistic approach to scholarship awards means that it is committed to giving institutional representation to all socially relevant groups.

Just as there are organisations for the support of new talent that are associated with the democratic parties, there are also student foundations that specifically support Catholic, Protestant or Jewish students and doctoral candidates. But thus far there has been no foundation to represent the 4.3 million Muslims living in Germany. It is an omission that the setting up of the Avicenna scholarship programme has now addressed.

The application period for admission in the winter semester 2014/15 started some days ago. How do you go about selecting the candidates? Do you expect to receive lots of applications from suitable applicants, people who are both socially active and academically well qualified. And will their religiousness play a special role in the selection procedure?

Hussain: There are many things that need to be taken into consideration with the applications; it's not just about current achievements and social commitment. Above all, we try to understand the conditions under which the respective students achieved what they did in order to be better able to estimate their future development potentials.

Many of the young people who come to us come from non-academic households. Yet they still manage to do a huge amount for our society. This is why the focus is on the personal development of each candidate, which is unique to each candidate. We don't test or evaluate their religious beliefs. If, however, we should find ourselves in a situation where we have "too many" suitable applicants, then it will be down to the selection committee to decide who is best qualified.

Any applicants who don't make it during the first year, will, if they have an interesting profile, be encouraged to apply again in the future.

Beschir Hussain and Matthias Meyer are the initiators of the Avicenna scholarship programme for gifted Muslims (Avicenna-Studienwerk). The programme was developed by them in collaboration with Professor Dr Bülent Uçar, director of the Institute for Islamic Theology in Osnabrück.

Home
Print
Newsletter
More on this topic
Interview with Winfried Verburg: A Place of Learning for All ReligionsSocial and Educational Services for Muslims in Germany: ''We Want Participation, Not Integration''Interview with Volker Jung: ''We Promote Interfaith Skills''Islamic Religious Education in Germany: Allah or the Advisory Council
Related Topics
Education, Integration in Germany, Muslims in the West
All Topics

Even in times of war and pandemic, refugees are still being deported to Afghanistan. Several deportation flights have taken place in recent weeks alone. Since those affected often ... END_OF_DOCUMENT_TOKEN_TO_BE_REPLACED

The USA and NATO plan to withdraw from Afghanistan by September. The operation is risky, the outcome uncertain. Many Afghans fear civil war. The quake on the Hindu Kush will also ... END_OF_DOCUMENT_TOKEN_TO_BE_REPLACED

German Middle East analyst Guido Steinberg and television journalist Ulrich Tilgner have both published new books on the conflicts in the Middle East. Their analyses and their ... END_OF_DOCUMENT_TOKEN_TO_BE_REPLACED

On 7 March, Switzerland became the latest European country to vote in favour of a so-called "burka" ban. It was yet another feather in the cap of the right-wing populist Swiss ... END_OF_DOCUMENT_TOKEN_TO_BE_REPLACED

Syrian-born Rafik Schami is a gifted storyteller and one of the most successful authors writing in German today. In his 50 years in exile in Germany, he has introduced the Arab ... END_OF_DOCUMENT_TOKEN_TO_BE_REPLACED
Author:
Shohreh Karimian
Date:
Mail:
Send via mail

END_OF_DOCUMENT_TOKEN_TO_BE_REPLACED
Social media
and networks
Subscribe to our
newsletter