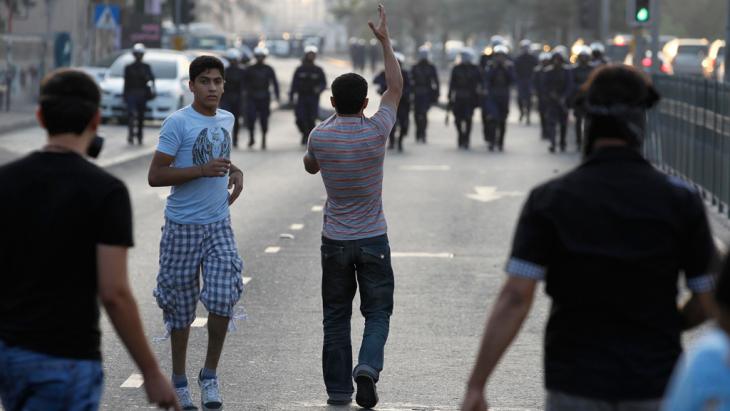 "We Are Being Spied On"

The Bahraini activist and blogger Ala'a Shehabi is certain that freedom of the press is unattainable in Bahrain, even within the framework of the national dialogue between the country's opposition and the leadership of the royal family. In an interview with Hisham al-Douriush, she tells how she and her colleagues are subject to surveillance by the Bahraini security apparatus

What is the general situation for journalists in Bahrain?

Ala'a Shehabi: Journalists in Bahrain are not sufficiently protected. The organization Bahrain Watch, in which I am active, has identified one main risk for freedom of the press in Bahrain: First of all, the security services have attempted to gain access to the computers of journalists by infecting them with surveillance programmes via the Internet. They can gain access to all communication technologies, including mobile telephones. The security services even attempted to infect my computer with such a commandeer programme, but I discovered the malware in time. Another activist, Abdul-Nabi Khanjar, was interrogated and surprised to discover that the security officers knew the content of all of his text messages.

How do you protect yourself against such attacks?

Shehabi: We observe and examine the techniques used by the security services. In this task, we are supported by first-rate technical experts. They observe the various ways and techniques used by the security apparatus to infiltrate the Internet. As is well known, many companies from around the world have sold their surveillance programmes to Bahrain and have made huge profits doing so.

Where can journalists find protection from the security apparatus? 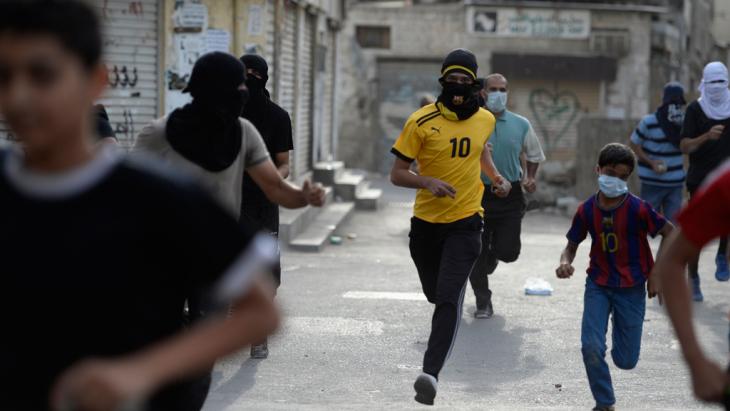 Aside from world news: An independent commission of inquiry, appointed by King Hamad bin Isa al-Khalifa, concluded in 2011 that security forces had used excessive force against peaceful protesters during demonstrations, and had arbitrarily arrested, detained and tortured them. However, protest leaders remain behind bars and no high-ranking officials have been held responsible for abuses

Shehabi: There is a group of independent journalists demanding their rights called "Paragraph 19". A woman journalist, who is a friend of mine, supervises another project protecting journalists. Despite this, the security situation in Bahrain, a country that has banned freedom of assembly and freedom of the press, makes it quite difficult to establish independent institutions. The authorities attempt to completely control civil society.

A political movement has recently begun in Bahrain, which has engaged the government and opposition in a national dialogue. To what extent have journalists and bloggers been involved in the process?

Shahabi: Journalists and bloggers have been observing events in Bahrain on a daily basis. Bahrain has not been the focus of the international media, which only reports on the country perhaps one or two times a year. This means that local journalist have to assume the difficult task of documenting events in Bahrain on their own. Photographers take pictures of demonstrations that take place in villages and publish the images in at least one of the Bahraini newspapers printed abroad.

Since the start of the revolution of 14 February, local journalists have attempted to document everything that has happened in Bahrain, as the international media has been absent. Bahrain Watch has documented 230 cases of journalists prevented from entering the country. The most prominent case was that of Nicholas Kristof, New York Times journalist and two-times winner of the Pulitzer Prize. I work from the assumption that close to 500 journalists have either been denied a visa or have been stopped at the airport. The aim of this method is to maintain control over the version of events in the country and thereby prevent a true picture of Bahrain from emerging worldwide. 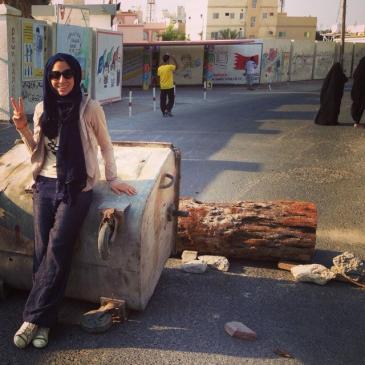 Ala'a Shehabi is a British-born economics lecturer, activist and writer in Bahrain. She has a PhD from Imperial College London, is a former policy analyst at Rand Europe. Her husband is a political prisoner in Bahrain

Has the situation for bloggers changed since the start of the national dialogue?


Shehabi: The situation has not improved. In fact, it has gotten worse. I personally know four or five bloggers that were arrested and tortured in prison. The photographer Hassin Habil, who still remains imprisoned, was charged with insulting the regime and spreading false information. Every independent journalist facing trial is subject to the arbitrary use of state power. Even using a mobile phone camera to film events is a punishable offence.

How would you describe the situation for journalists in Bahrain? What kinds of difficulties do they face?

Shehabi:  Internationally renowned journalists such as Rim Khalifa and Nada al-Wadi work in Bahrain and write for Al-Wasat and international newspapers. However, many journalists face harassment by Bahraini authorities. For example, Naziha Said, a journalist for Kanal France 24 was arrested in early 2011. She was held at the police station for eight hours. When she was finally released, everyone could see that she had been tortured.

A complaint was lodged against those suspected of ordering the torture of Said. Yet, no investigations into the charges have been undertaken to this day. Even the national dialogue will do nothing to change the fact that the Bahraini authorities continue to exercise strict control over the press.

Does this mean that there is no place for an independent press in Bahrain? What about the independent newspaper "Al-Wasat", among others, that is published there?

Shehabi: Al-Wasat is not, in fact, an independent newspaper as it is subject to Bahraini press laws. They dictate the conditions under which the press may operate. Yet, even this newspaper was shut down after the events of 14 February and investigations have been initiated against its publisher, Mansur al-Jamri.

A report by the Organization for Human Rights has denounced the curtailment of freedom of the press and the lack of freedoms in Bahrain. Nonetheless, the authorities continue to prevent the establishment of free or opposition media.

Germany's foreign policy is explicitly values-based. But what happens, Ralf Bosen asks, when democracy, the rule of law and human rights collide with the logic of trade and ... END_OF_DOCUMENT_TOKEN_TO_BE_REPLACED

The rollout of coronavirus vaccines in the Middle East and North Africa is already taking place on a massive scale, with the United Arab Emirates leading the way. Nevertheless, ... END_OF_DOCUMENT_TOKEN_TO_BE_REPLACED

German Middle East analyst Guido Steinberg and television journalist Ulrich Tilgner have both published new books on the conflicts in the Middle East. Their analyses and their ... END_OF_DOCUMENT_TOKEN_TO_BE_REPLACED

Saudi Arabia and its allies have agreed to set aside their differences with Qatar at a summit meeting of the Gulf Cooperation Council. The restoration of diplomatic relations ... END_OF_DOCUMENT_TOKEN_TO_BE_REPLACED

Ten years after the start of the Arabellion in North Africa and the Middle East, many view the movement as a failure. But rather than being over, it has now entered a more mature ... END_OF_DOCUMENT_TOKEN_TO_BE_REPLACED
Author:
Hisham al-Douriush
Date:
Mail:
Send via mail

END_OF_DOCUMENT_TOKEN_TO_BE_REPLACED
Social media
and networks
Subscribe to our
newsletter