The world's largest standing Buddha statues had survived for a millennium and a half in Afghanistan – until the Taliban destroyed them. By Nasim Saber and Hao Gui 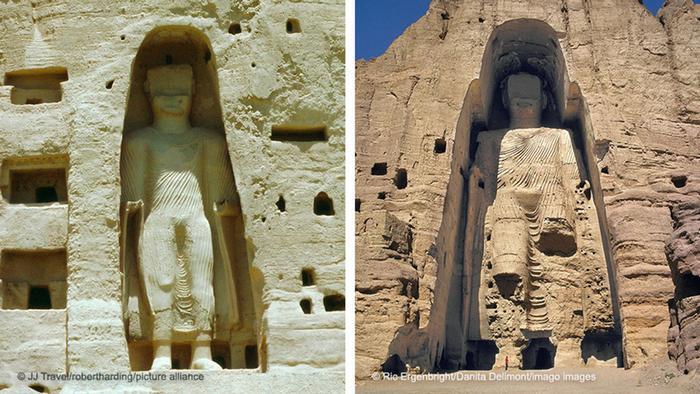 A Buddhist centre in the Bamiyan Valley: the statues were located on one of the ancient major trade routes between China and South Asia. The valley of Bamiyan, about 200 kilometres northwest of Kabul, acted as a centre for Buddhists. Several thousand Buddhist monks lived in the valley during the 6th century AD 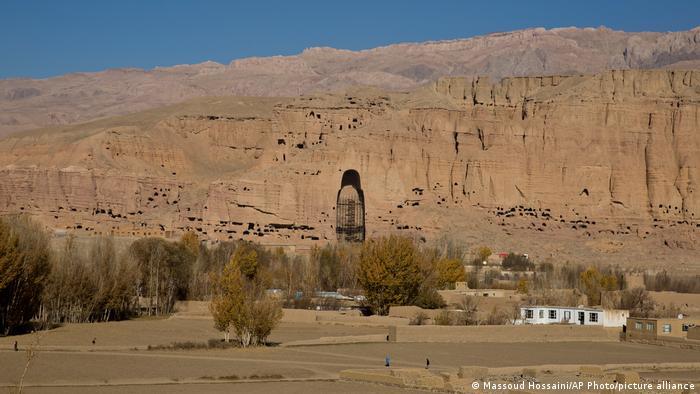 Monks turned master builders: as the monks arrived in the central Afghan mountain region, so too did Buddhist art and culture. They hollowed their famous cave dwellings out of the red sandstone cliffs. Red sandstone was also used for the Buddha statues 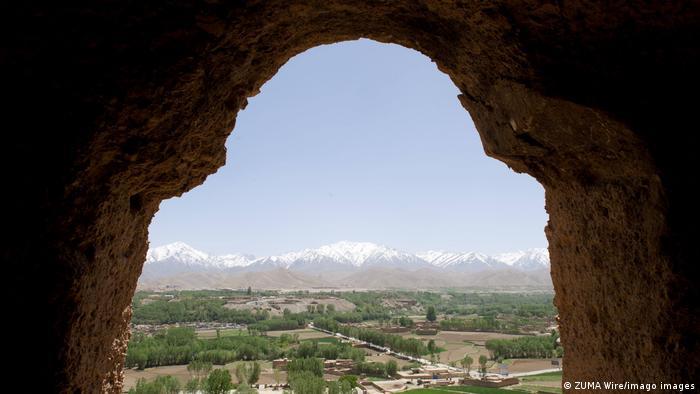 Astonished Chinese pilgrim: in the 7th century AD, the Chinese Buddhist monk and traveller Xuanzang returned to China following his sojourn in India. En route, he passed through the Bamiyan Valley and reported: "Dozens of temples with over a thousand monks. The standing Buddha statue is about 50 metres high and shines golden in its richly decorated splendour" 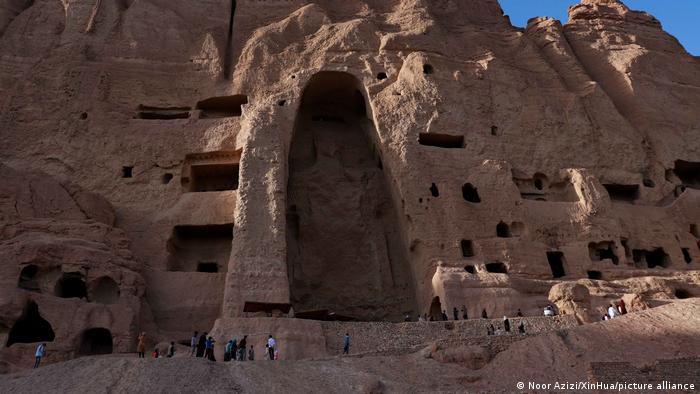 Mix of styles: the largest statue was 53 metres high and represented the Buddha Dipamkara, the "lighter of lamps". According to art historians, it combined various stylistic features of Buddhist art with those of the Hellenistic tradition 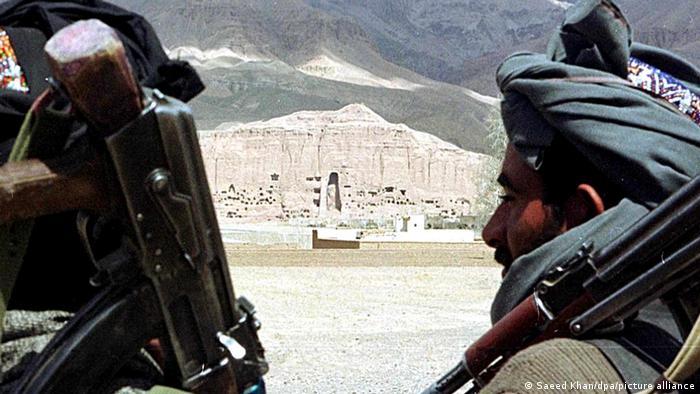 Tourist attraction and theatre of war: even after the Islamisation of the Bamiyan Valley around 1000 AD, the statues remained. In the 20th century, they became a tourist attraction until the Soviet occupation in 1979. In the following decade-long war, the caves were used as ammunition depots. In the strategically important valley, Soviets and American-equipped mujahideen engaged in heavy fighting 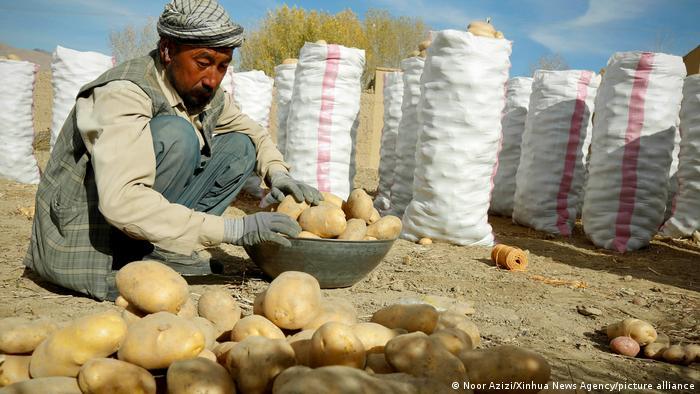 Valley of the Hazara: the Bamiyan Valley is home to many members of the Hazara, a minority group that was also persecuted under the Taliban. Hazara are Shia, and for this reason they were also caught in the crossfire of the hardliners. The Bamiyan Valley was long considered a safe enclave for the minority 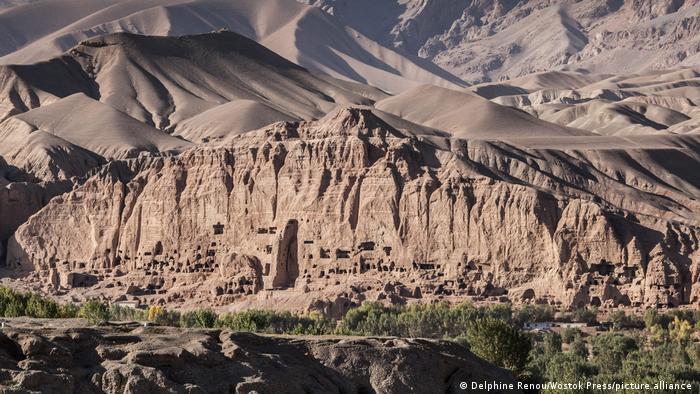 The Taliban's fury: in March 2001, the Taliban, who had seized power in Afghanistan, blew up the statues, even though they had long since ceased to be religiously venerated. Opposed to any objects of worship, the radically Islamist Taliban also vandalised the National Museum in the country's capital, Kabul 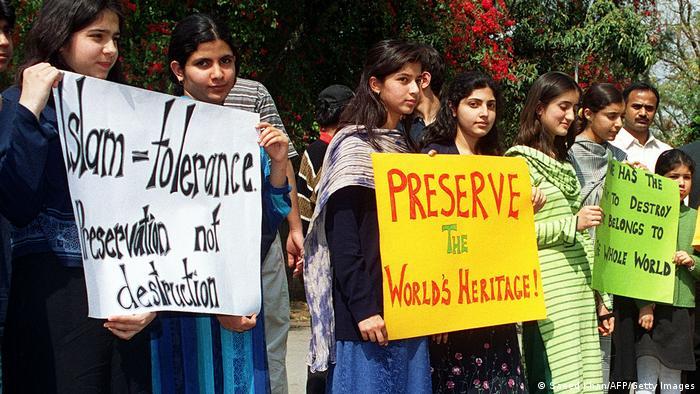 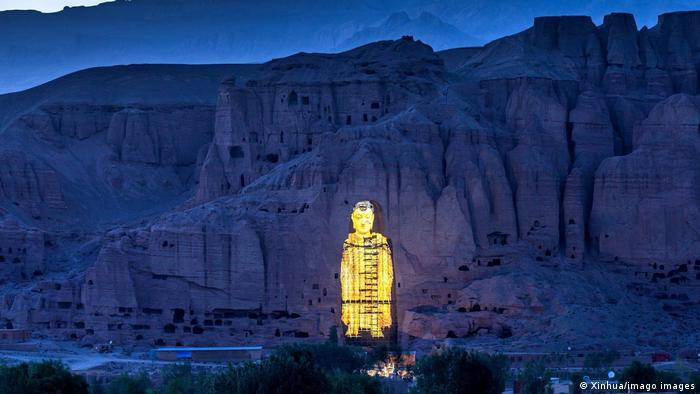 Lost forever? It wasn't until after their destruction that the statues became included in the UNESCO World Heritage List. There have been various proposals to rebuild the statues, but none have been implemented so far 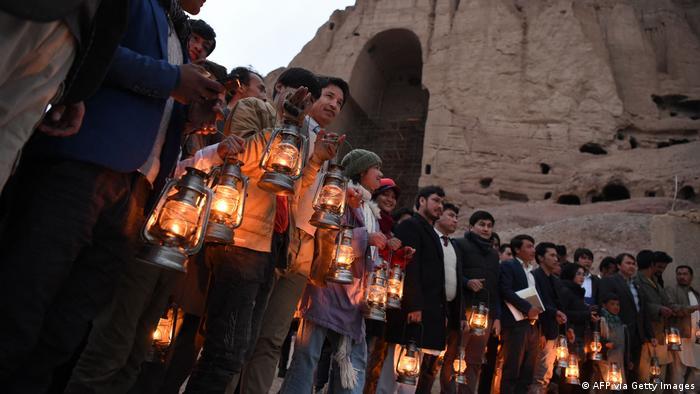 A night with Buddha: to mark the 20th anniversary of the destruction of the Buddha statues, a ceremony was held on site under the motto "A night with Buddha", in which projections of the statues once more filled the empty alcoves

END_OF_DOCUMENT_TOKEN_TO_BE_REPLACED
Social media
and networks
Subscribe to our
newsletter