Experimental Art in an Industrial Zone

The new "Beirut Art Center" sees itself as an independent art space with an ambitious programme for bringing contemporary art forms to a wider public. Charlotte Bank reports from Beirut 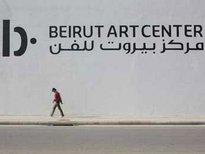 The "Beirut Art Center", located in an industrial zone on the eastern outskirts of the city, offers a total of 1,500 square metres of floor space for exhibitions, film and video screenings, discussions, concerts and performances

​​ In this new millennium, artists from the Arab world are starting to assert a stronger presence on the international arts scene. Lebanese artists in particular have made a name for themselves with complex conceptual works.

And Beirut has come to the fore as a regional art hub, attracting art experts from all over the world. Nevertheless, the number of actual art exhibition venues is limited compared with other cities of similar standing.

Beirut suffers in particular from a lack of exhibition spaces for non-commercial art. Even though the city's galleries occasionally show experimental art, such as Agial in the central district of Hamra, or the well-known Sfeir Semmler Gallery, a bit more out of the way in the industrial area of Quarantina, Beirut has up to now not had a space dedicated exclusively to this area of artistic endeavour.

None of the institutions that organise exhibitions and projects involving contemporary art in Beirut have at their disposal spaces with the generous proportions needed to mount large-scale exhibitions, which means they have to rent appropriate venues for their projects.

Although this situation has lent the arts scene here its own unique dynamic, the downside is that little continuity has evolved, simply because there was no one single physical location where art events could take place at regular intervals. 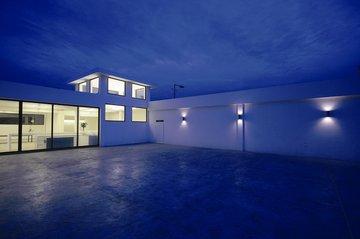 A focal point for experimental artists and art fans in Lebanon and beyond: the "Beirut Art Center", opened in January 2009

​​ In order to fill this gap, the "Beirut Art Center" was opened in January 2009, the brainchild of Sandra Dagher, former director of the Espace SD Gallery, which closed in 2007, and the artist Lamia Joreige.

The management board for the initiative is made up of artists, curators and philanthropists interested in the arts, while Sandra Dagher oversees the centre on a day-to-day basis as its director. The majority of funding comes from donations.

The "Beirut Art Center" is located in an industrial zone on the eastern outskirts of the city and offers a generous 1,500 square metres of floor space in a former factory complex for exhibitions, film and video screenings, discussions, concerts and performances. A bookstore, a media library and a café provide additional attractions for visitors to the centre.

The idea of establishing this sort of centre for independent, non-commercial art projects arose several years ago. But it took some time to find the right location.

Sandra Dagher tells of the problems encountered in the search for appropriate premises. To the casual visitor, Beirut may seem to be full of unused spaces, but in fact the ownership of the buildings in many areas is unclear, a situation that necessitates long-winded negotiations before a property can be purchased. This is why it took several years before the dream of an independent art space could become reality.

"We want to focus on fostering experimental, non-commercial art", Ms Dagher emphasises. In Beirut it is still extremely difficult to find funding and exhibition facilities for this type of art.

At the same time, however, Lebanon – more than other countries in the region – can draw on an institutional infrastructure that enables young artists to occasionally obtain support for the production of non-commercial art projects. In other neighbouring countries, for example Syria, such an infrastructure is lacking entirely. 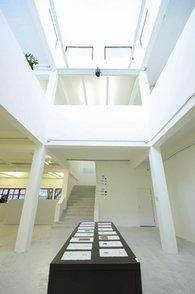 With its versatile and creative programme, the "Beirut Art Center" has made a place for itself on the regional arts scene and has also earned international notice

​​ The centre has set an ambitious programme, with the aim of bringing contemporary art forms to a wider public. Changing exhibitions featuring local and international artists are held throughout the year, along with regular events such as readings, concerts, performances, and film and video screenings.

In addition, custom tours and seminars are organised for universities and schools, as well as workshops teaching about various concepts in contemporary art practice.

The "Beirut Art Center" is more than an exhibition and education forum, however – also housed here is a media library, designed to serve as an archive of artistic practice in the region.

On the upper level of the centre, two computer-equipped cubicles are available to visitors seeking information on the work of regional artists. The media library is directed by Lamia Joreige, video artist and co-founder of the centre, and comprises videos, photographs and texts. It is an ongoing project, which will be expanded systematically in the coming years.

Between personal and artistic experience

In keeping with the centre's vision, the inaugural exhibition, "Closer", showed works by both local and international figures.

All works on display dealt with the definition of the word "intimate". When are stories worth making public? Where is the boundary between personal and artistic experience? How do we draw a line between an individual's private and public personas? These questions were addressed by prominent artists including Mona Hatoum, Emily Jacir and Akram Zaateri, to name only a few.

April marked the opening of the exhibition "Exposure 2009", which featured works by seven young artists who are just embarking on their careers. Interested artists first submitted their pieces to a competition designed to support the country's up-and-coming talent.

The centre's management board worked together with a jury put together specifically for the project to evaluate and select the works to be shown. The directors of the "Beirut Art Center" plan to hold a competition like this one every year as a way to promote the production of contemporary art, in particular by regional artists who have not yet established a reputation.

And there are plenty of other plans for the future: besides the above-described projects, the centre also wishes to extend its collaboration with international curators. Sandra Dagher has a wealth of ideas in mind for projects ensuring that the centre will continue to form a key location for art enthusiasts both at home and abroad.

One year after its opening, the "Beirut Art Center" has already established a firm grounding in the regional arts scene – as well as attracting international recognition.